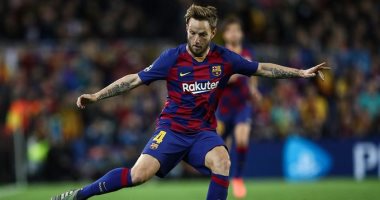 Croatian star Ivan Rakitic started his career with Barcelona since 2014, and scored many goals in the Catalan team shirt, but the goal that the Croatian star will always remember, is the one he scored against Real Madrid in 2017, in the match that ended with the Blaugrana winning 3-2 .

Barcelona tied with Real Madrid 1-1, then Rakitic scored an amazing goal in the 72nd minute, to give the Catalan team an advantage over the royal team, who tied again, but the Argentine star Lionel Messi scored the winning goal in the last minutes of the match.