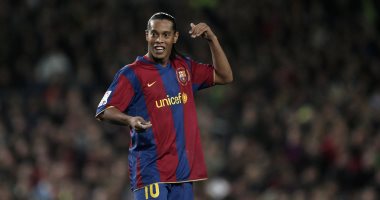 The magician Ronaldinho stunned all football fans around the world when he led Barcelona to a landslide victory over Real Madrid with three clean goals, at his “Santiago Bernabeu” stadium in the El Clasico, which brought them together in November 2005, in the 12th round of the 2005-2006 season.

Ronaldinho raised the astonishment of the Real Madrid fans themselves by what he did, as he scored two wonderful goals in the match, but the wonderful shot was when the Real fans stood on the field to applaud him warmly after scoring the third goal in the match and the second for him in a very wonderful way, a scene that the magician later described as It was the most beautiful moment of his life.

Ronaldinho caused great sadness for all football legends and fans of the round witch, after he announced his final retirement from football at the age of 38, as farewell messages and wonderful words that described him were and will remain one of the best football stars in history..

For diabetics.. know how to control its blood levels without drugs