The professional English team, Liverpool, within its Egyptian international ranks, Mohamed Salah, revealed the final list of Liverpool FC, for the first half of the 2021/2022 season in the English Premier League..

And the “Liverpool Echo” newspaper published a list of the Reds, in which German goalkeeper Loris Karius was present, as one of the team’s four goalkeepers, despite leaving Jurgen Klopp’s accounts three years ago..

Karius has not played any official match with Liverpool, since June 2018, when he participated in the Champions League final against Real Madrid, and made huge mistakes that cost his team the title loss.. 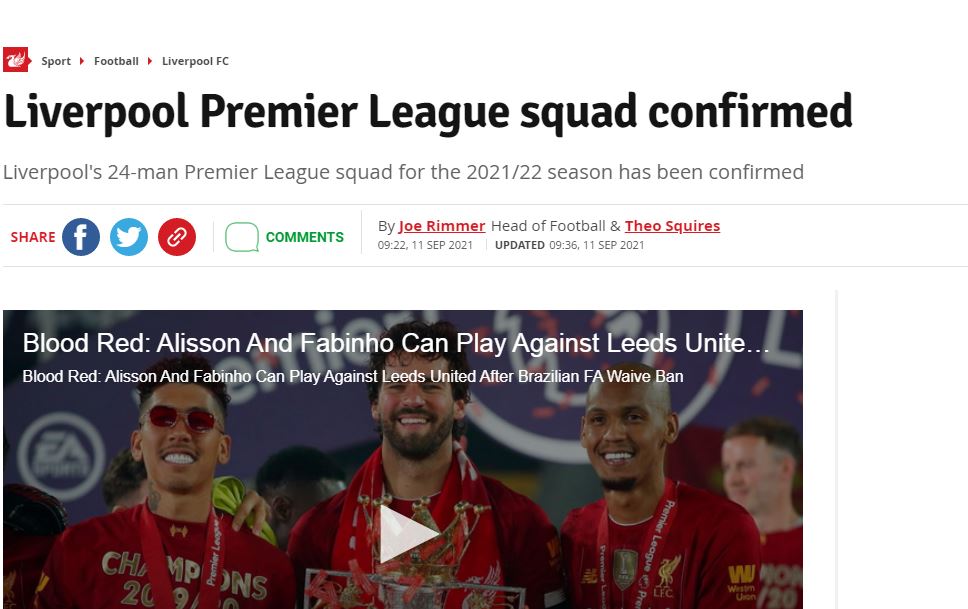 The newspaper confirmed that the Reds administration will not be able to make any amendment to the team’s list, except after 5 months, by next January.

The final list of Liverpool in the English Premier League 2021/2022 is as follows:

For his part, German coach Jurgen Klopp confirmed the readiness of Dutch defender Virgil van Dijk, to face Leeds United, tomorrow, Sunday, in the fourth round of the English Premier League, while the Brazilian Roberto Firmino and the Japanese Minamino will be absent.

Van Dijk suffered a minor injury during the Dutch national team match against his Turkish counterpart, which ended with the victory of the Mills 6-1, in the confrontation that brought the two teams together, at the “Johan Cruyff” stadium, in the sixth round of the European qualifiers for the 2022 World Cup..

Klopp said in statements to the official Liverpool website about Van Dijk’s readiness: “I sent him a message after the Netherlands game and said to him: ‘Are you okay? Come on, send me a clip of you that you don’t limp in.” Then he called me and told me he was fine.

Paint colors that help your children focus while studying..you should paint them in their rooms