Gogglebox’s Mary Killen, a passionate royal fan, says we all ought to be more Queen


Has this year left you overwhelmed, emotional and occasionally at your wits’ end? Here’s my greatest tip for getting through tough times with dignity. No matter the dilemma, just ask yourself: ‘What would Her Majesty the Queen do?’

During our own annus horribilis, coronavirus has ravaged lives. The temptation is to wallow in doubt and self-pity, yet the Queen, we can be sure, would do anything but.

Watching her message at the start of lockdown, for my job reviewing TV on Channel 4’s Gogglebox, I broke down in tears when she perfectly summed up a nation’s struggle. ‘We should take comfort that while we may have more still to endure, better days will return,’ she said. 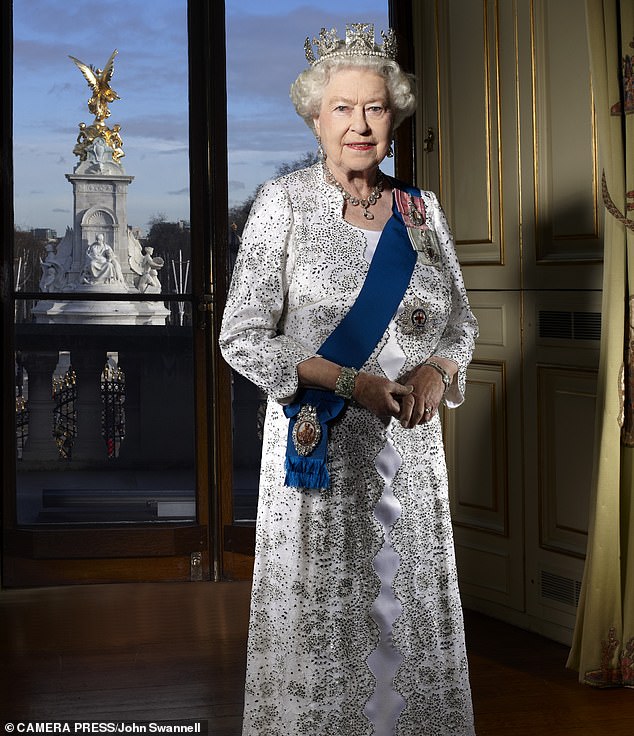 So I decided to take her as my role model, and put together a guide to the life lessons we can all learn from her.

From frugality to hosting a gathering for six with as much style as a Buckingham Palace garden party, the answers will help you, in your own quiet way, to become majestic too . . .

While the House of Windsor might not seem an obvious budgeting role model, the Queen is a proud bargain hunter. As a child, she kept accounts of her shilling-a-week pocket money.

As an adult, sequins and beads from her evening dresses are recycled in new outfits. The Queen’s dresser, Angela Kelly, describes how, when visiting Her Majesty’s preferred fabric shop Joel & Son, ‘while the samples are being cut I always peep into the bargain basket.

‘The Queen loves a bargain and sometimes I luck out with a piece of material I can conjure into a dress for her.’

Sensibly, the Queen has always hated fashion. ‘Oh, poor Britannia, she would have hated being cool!’ she remarked when Tony Blair was peddling the idea.

She vastly prefers to make do and mend. 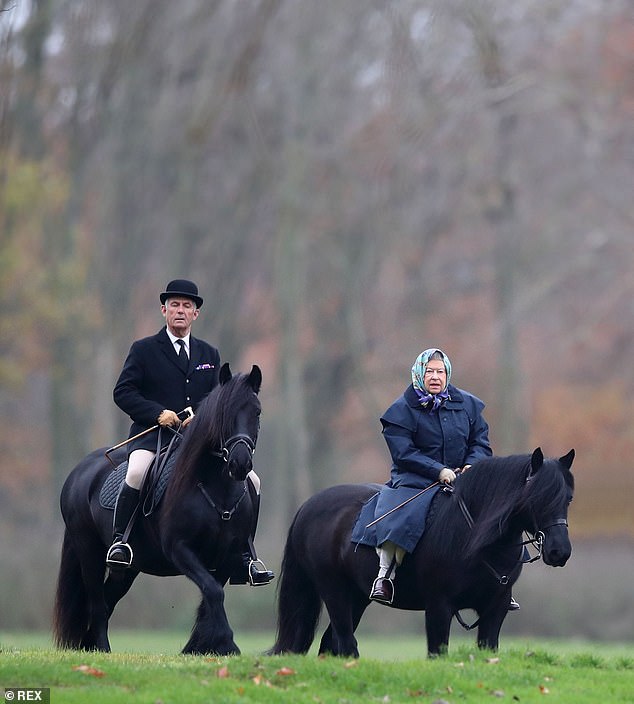 Mary suggests another rule to follow in line with Her Majesty is to eat modestly, with the monarch preferring not to drink fizzy drinks. Pictured, the Queen horse riding in the grounds of Windsor Castle, Berkshire in 2017

People adore boundaries. Have the confidence to be like the Queen and set some for your friends — they will thank you for it.

When you invite someone over, tell them (as the Queen does on party invitations) that they are welcome for something like ‘6 to 8pm’. If you don’t plan to serve food, announce this.

Insist on following the Covid rules in your area. When the Queen hosts dine-and-sleep events at Windsor Castle, the Master of the Royal Household also makes it clear that tipping is not expected or desired. Nothing makes people more miserable than not knowing how much to tip. 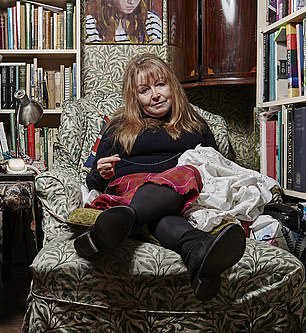 What Would HM The Queen Do? by Mary Killen, pictured, is available to buy now

Lavatories are a primary focus for social embarrassment; and the royals are more like the average family than you might suppose in this arena — Sandringham famously has very few en-suite bathrooms.

To prevent awkward encounters, I am told the family has been known to put up a notice saying ‘Lavatory Under Repair’ on the loo they plan on using themselves.

In these hygiene-conscious times, what better way to gently funnel guests away from the family bathroom?

STICK TO A ROUTINE

The Queen’s routine is strict. At 8am, a tray with tea will be delivered to her bedroom and her bath run and tested by thermometer to 72f. Her clothes are laid out and her hairdresser will attend.

At 9am, a piper plays beneath her windows and she walks to the dining room, holding her Roberts radio, listening to the news. She has cereal, toast and Oxford marmalade. At 10am, her private secretary arrives to discuss correspondence and state papers. Your routine might differ; but find one and stick to it. It breeds a sense of security and frees the mind for more taxing topics. 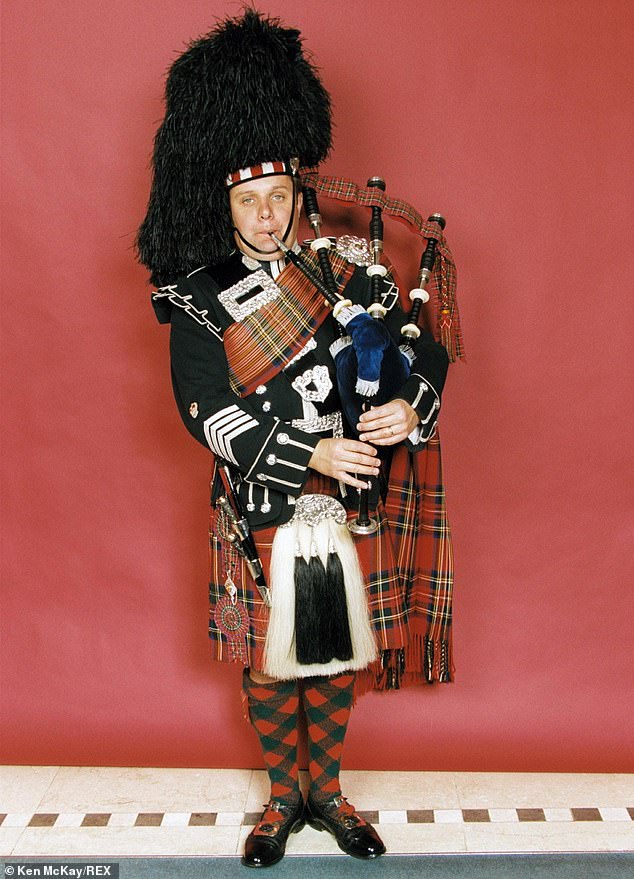 Mary says another admirable thing the Queen does that people should try to live by is sticking to a routine – A piper plays beneath the Queens’s windows every morning. Pictured: Stock picture of a piper

Modern social mores mean everyone is confessing to foibles, perversions and defects — and we’re fascinated by it. But what we really find fascinating are those who have not confessed at all. One reason for our Queen’s enduring popularity is she retains her mystique.

Do as she does and train yourself to respond pleasantly but brusquely when friends ask how you are. Just reply, ‘Really well. And you?’ in a tone that implies you are not in the market for what, in the old days, was called an ‘organ recital’.

It does people no good to wallow in negativity, and it does you no good to be party to their feebleness. The Queen and Prince Philip obviously do have feelings, but they keep them under wraps, even with intimates. Michael Parker, a close friend of the Prince for 60 years, says: ‘Philip did not discuss his feelings, at least not with me. I did not know about him and Princess E until virtually the day of the engagement.’

Remember how the Queen kept her cool when Michael Fagan broke into her bedchamber in July 1982? Fagan sat on her bed talking to her for ten minutes before help arrived.

It is by no means the only unstately experience the Queen has met with dignity. The first time she met her sister’s lover Roddy Llewellyn was on a Saturday evening at Royal Lodge in Windsor Great Park. The Queen was talking to a nanny when Mr Llewellyn burst in, wearing only a shirt and underpants. 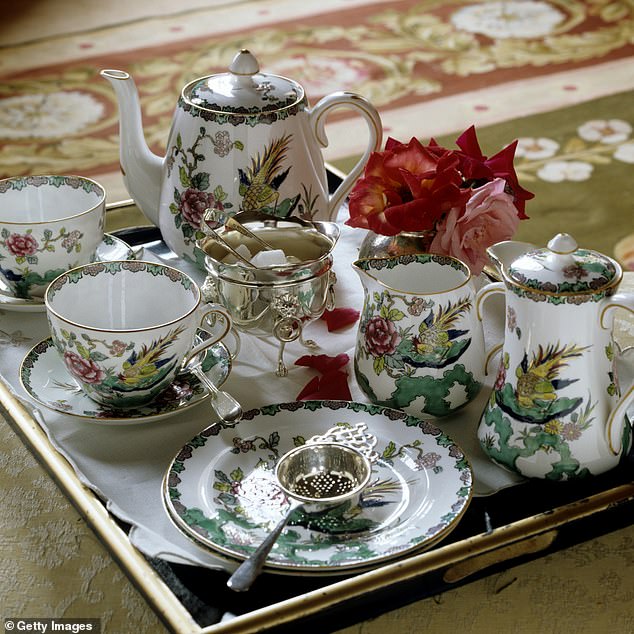 As well as pipers playing outside her room, the Queen is woken up every morning at 8am and greeted with a tray of tea delivered to her bedroom and her bath run and tested by thermometer to 72f. Picture: Stock

‘Please forgive me, Ma’am, I look awful,’ he said. ‘Don’t worry, I don’t look too good myself,’ replied the Queen.

Many of us would have responded to Fagan by screaming, to Roddy by squirming . . . not Her Majesty.

You can make a start on queenly dignity by avoiding, as the Queen does, being photographed eating or drinking. She knows a woman never appears to her advantage when chewing or swigging.

For the advanced student, the Queen has also learned to walk down stairs without looking down at her feet, a technique that requires some practice.

We can’t all have dressers — as the royals call their ladies’ maids — but you can dress with dignity. Royal tips include sewing weights into the hems of skirts so they don’t blow up if it’s windy.

When hosting a party or work meeting, copy the Queen to keep all your guests happy. She is a master at making each feel welcome without exhausting herself. At large functions, the Queen never sits down (this also means she can escape bores easily). 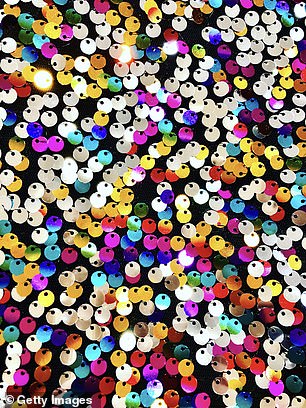 While the royal family may not seem the type to budget, the Queen is a proud bargain hunter and the sequins (pictured, stock) and beads from her evening dresses are recycled in new outfits

To avoid hurting any feelings, her Lord Chamberlain asks guests if they have previously met the Queen, so that he can present them with this information.

We can’t all have a chamberlain, but when greeting guests the correct tactic is to stand at the entry point.

In this way, as each person comes in, they will be able to exchange words with you but will then have to push on into the throng, partly because of their natural need for refreshments and partly because of the pressure of those coming in behind them. No one will ever feel slighted and you won’t be trapped speaking to one person all evening.

It’s all about moderation. Only modest forkfuls make their way into the Queen’s mouth; she chews the foodstuff to a paste and swallows the mixture.

Then she speaks. I am told the Queen prefers non-fizzy drinks.

Indeed, all debutantes in the early part of the 20th century would stir their champagne to make it flat because it was thought (correctly) that fizzy drinks could promote unladylike episodes of burping.

Astronaut and cosmonauts return to Earth after mission launched during pandemic