Golden State Warriors star Stephen Curry wrote himself into NBA’s lore on Friday night as he set a new all-time record for three-pointers made.

The 33-year-old shot 9-of-17 from behind the arc in the Warriors’ 119-93 win at home over the Chicago Bulls, taking his tally of three pointers made in regular season and playoff games to 3,366.

Curry, the reigning NBA scoring champion, entered the game against the Bulls trailing Ray Allen’s all-time record by a single three-pointer and reached the milestone two minutes into the game. 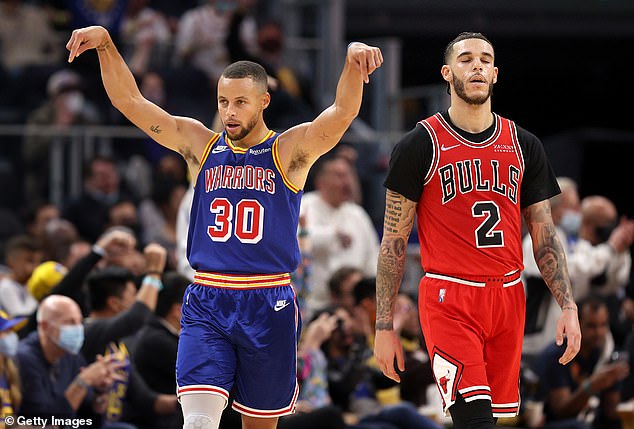 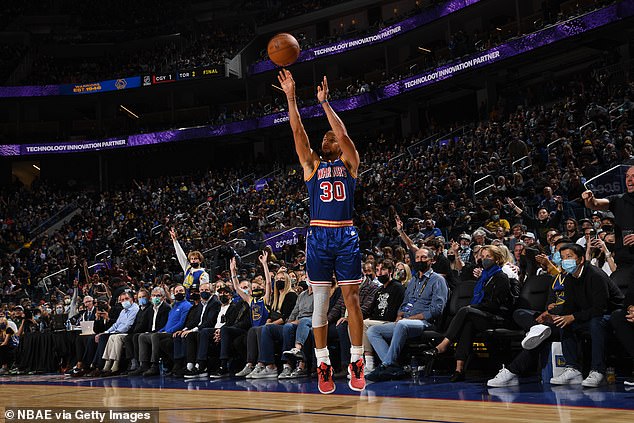 The Warriors star hit nine three-pointers on Friday night to take his career’s tally to 3,366

Curry, meanwhile, has only just started his 13th season in the league and set a new record despite playing 585 fewer games than the former Milwaukee Bucks and Boston Celtics star across the regular season and playoffs.

The three-time NBA champion averages 43.2 percent from behind the arc in his career, the third-highest figure among active players and the seventh-highest in NBA history.

With the exception of the 2019-20 season, which was curtailed after just five games following a hand injury, Curry has never finished a campaign shooting worse than 41 percent from three-point and worse than 45 percent from the field. 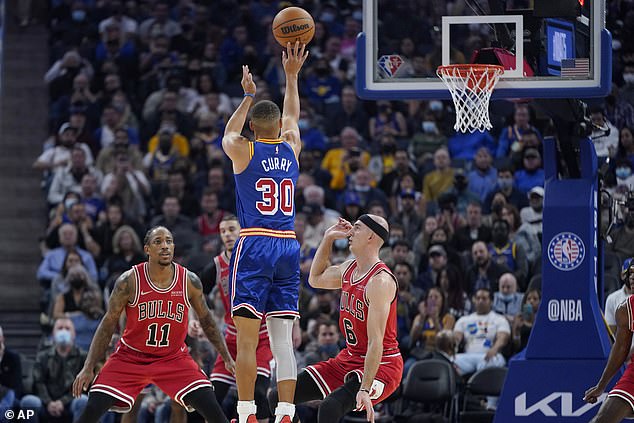 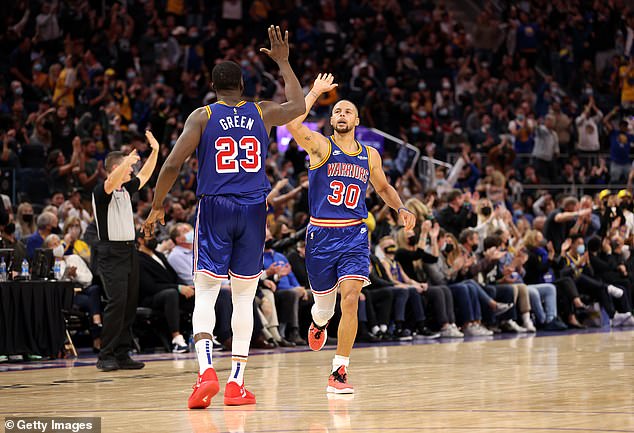 The seventh-overall pick of the 2009 NBA Draft, Curry and the Warriors have been widely credited with ushering the league into a new era by making three-point shooting the norm in the second half of the 2010s.

A two-time MVP, Curry set a single-season NBA record for three-pointers made with 402 in the 2015-16 campaign. Of the other nine top-10 performances on the list, four also belong to him.

Curry’s record-setting night came as he finished with 40 points, five assists and four rebounds as the Warriors secured a seventh straight win and improved their record to 11 wins in 12 games.

After missing the playoffs in the last two seasons, the Warriors are 2.5 games ahead of the Phoenix Suns atop of the Western Conference.

Sins of the father that sound familiar: ANDREW PIERCE examines the claims against Stanley Johnson

SARAH VINE: Horror of Liverpool terror attack showed us the best – and worst – of Britain

SARAH VINE: Horror of Liverpool terror attack showed us the best - and worst - of Britain