Boston Dynamics’ mechanical dog Spot is billed as a utility robot able to perform a variety of tasks, from navigating dangerous terrain to carrying heavy payloads, and now the robotics company has demonstrated that it can also play the world’s least-thrilling game of fetch.

Using a Spot model equipped with a robotic arm attachment, Boston Dynamics has released a tutorial showing how owners of the four-legged machine can teach it to pick up a thrown toy and return it to the thrower.

The process involves taking advantage of robot’s machine learning capabilities to recognize and interact with objects in the environment around it, and the tutorial shows users how they can train the machine to see the toy. 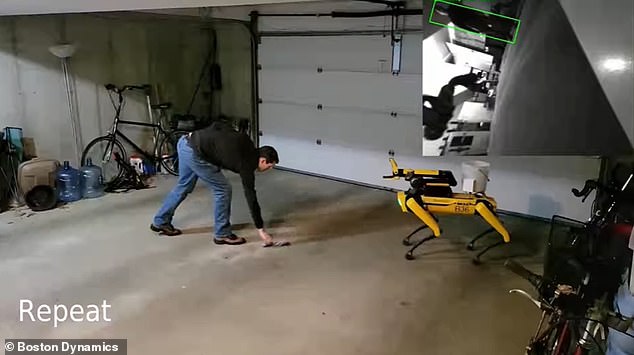 Robotics company Boston Dynamics demonstrated its robot dog Spot playing fetch with a rope toy, but at $74,500 per machine, a real dog might be the cheaper, more preferable choice 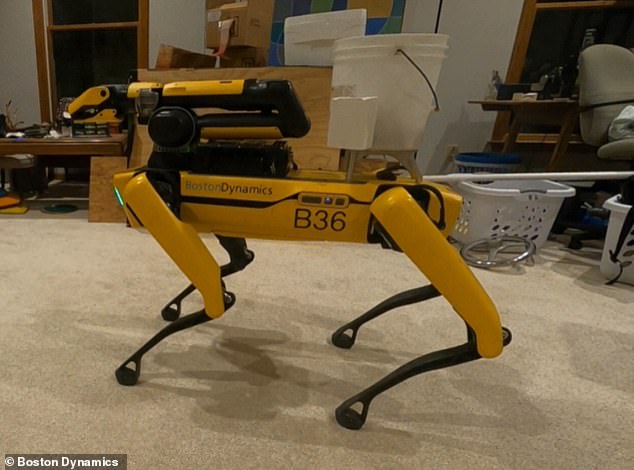 Spot is billed as a utility machine, capable of transporting payloads and navigating challenging terrain

The tutorial calls for the user to capture at least 400 images of the rope toy in a specific environment to ensure it can recognize it from a variety of angles.

If they would like Spot to play fetch elsewhere, say outside or in the living room, they would need to repeat the process again for each new environment.

The result is a very slow facsimile of the activity favored by the machine’s flesh-and-blood inspiration, as the robot dog slowly inches up to the toy, picks it up with its arm, turns and walks over to the owner to drop it off before backing away. 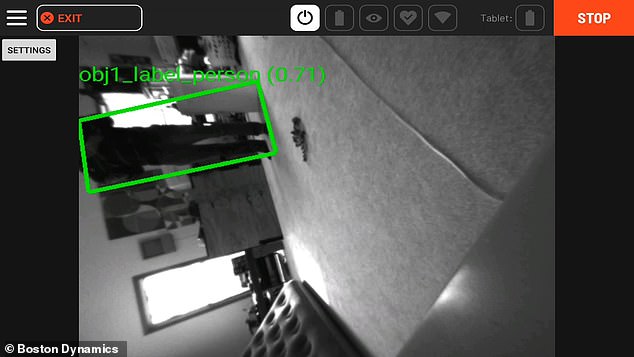 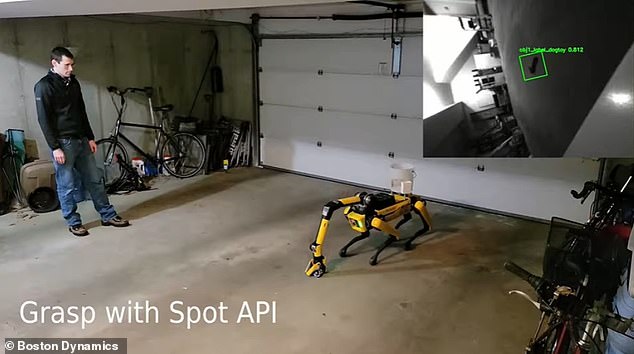 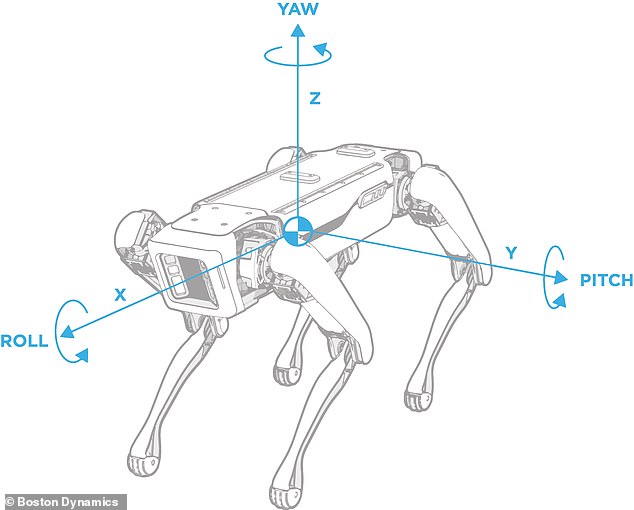 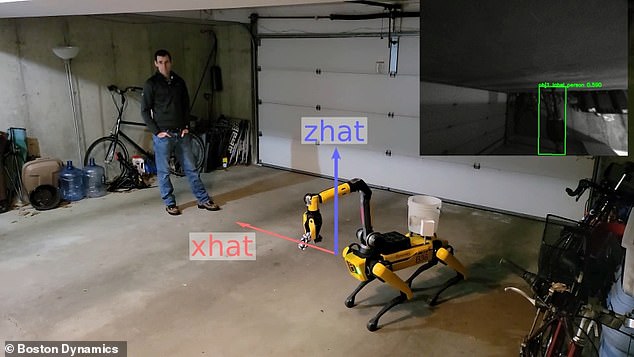 The result is a very slow-moving game of fetch, but the robot’s maker say it demonstrates the machine’s capability in other tasks such as trash pickup.

The company acknowledges that someone might have more fun playing fetch with a living and breathing dog – the Spot has a top speed of 3 miles per hour, and at $74,500 per robot, plus the cost of the robotic arm attachment, a real dog would seem the cheaper, and better choice for the game – but notes that teaching the robot fetch demonstrates a number of potential applications.

‘Of course, we don’t expect to see Spot regularly playing fetch in the park, but these same features serve as the basis for more practical applications—for example, automated roadside trash clean up,’ said Andrew Barry, a senior roboticist on the Spot Manipulation Team.

‘You might teach Spot to recognize litter (as distinct from other items in the environment), pick it up, and bring it to a trash can. Dog toys are just a jumping off point to a range of real-world possibilities.’