Republican Rep. Yvette Herrell says she’s been blocked from visiting Fort Bliss to see the situation with Afghan refugees as more questions are being raised about the vetting process and what are the next steps after they arrive in the United States.

Herrell, whose New Mexico district houses Holloman Air Force Base and parts of Fort Bliss – two of the bases receiving refugees, told DailyMail.com in an exclusive interview that she was unable to get into Fort Bliss this week.

She said her district is expected to host up at least 19,000 Afghan refugees but she expects even more to arrive. 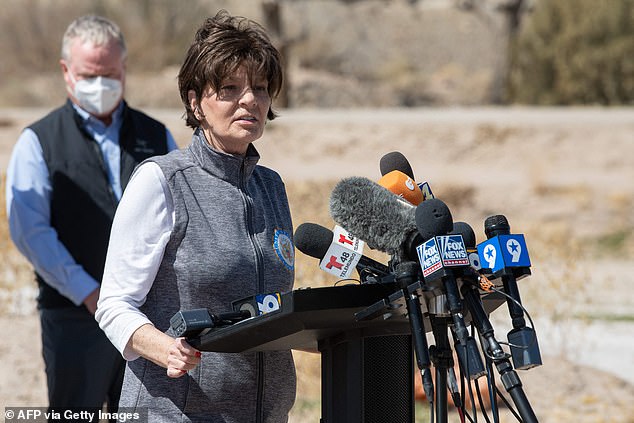 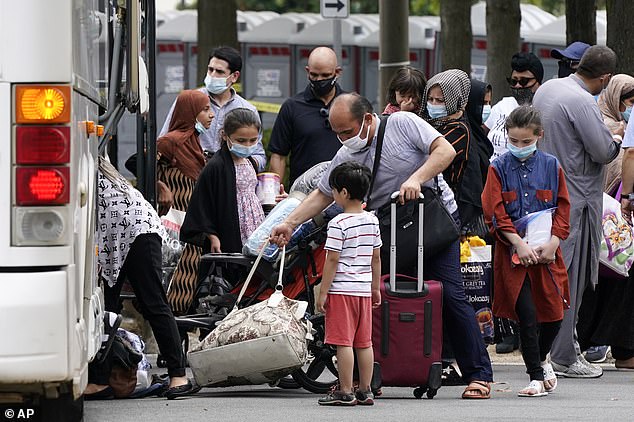 People evacuated from Afghanistan step off a bus as they arrive at a temporary housing center in Chantilly, Virginia, with more refugees expected to enter the U.S. in coming days

Herrell said she was invited to a Fort Bliss tour last week but was unable to attend – given only 24 hours notice – because she was in Washington D.C., where Speaker Nancy Pelosi had called the House back into session.

When she tried to schedule a tour for this week she would told there was now a hold on them.

A White House official told DailyMail.com that the bases holding refugees have hosted a number of legislators and government officials, including as recently as Monday. ‘There’s been no change in policy,’ the official said.

Herrell’s office said they were told there was a two-week hold on tours.

The Biden administration keeps adding bases to the number holding refugees. Originally three bases were designated and then four more were added. Now that number is up to eight. Additionally Philadelphia International Airport will join Dulles International Airport in receiving and processing Afghan arrivals to handle the thousands of people coming into the country.

‘With all the chaos of the ongoing situation, our main takeaway is that visits and oversight have (at least) been made very difficult by the administration, whether intentionally or through confusion,’ a Herrell aide told DailyMail.com.

Republicans have criticized the Biden administration on the vetting process that is bringing Afghan refugees into the country, questioning if there is enough time or resources to do a thorough job.

‘I can absolutely assure you that no one is coming into the United States of America who has not been through a thorough screening and background check process,’ White House press secretary Jen Psaki said at her briefing on Wednesday.

Herrell pointed out it can take years to get a green card and noted: ‘Yet the American people are supposed to believe that we’re getting a good solid vetting process done in 36, 48, 60 hours. It doesn’t make sense.’

Biden administration officials argue that most of the Afghan refugees worked for the American government while they were in Afghanistan so they had already been through some type of vetting.

But the speed and chaos of the evacuation out of Kabul – which President Joe Biden called an ‘extraordinary success’ – raised questions about how people were checked before they got on planes.

Some people got through without paperwork. The refugees are being taken to other nations, like Qatar and Germany, which are being called ‘lily pad countries,’ for vetting before they come to the United States.

Psaki acknowledged there were Afghanis who were evacuated who did not go through the vetting process.

‘They have gone to lilypad countries as that process has been completed. It doesn’t mean that that’s because there is a flag, it means they have not completed their paperwork and we were working to save tens of thousands of people, hence we evacuated them to these third countries,’ she said. 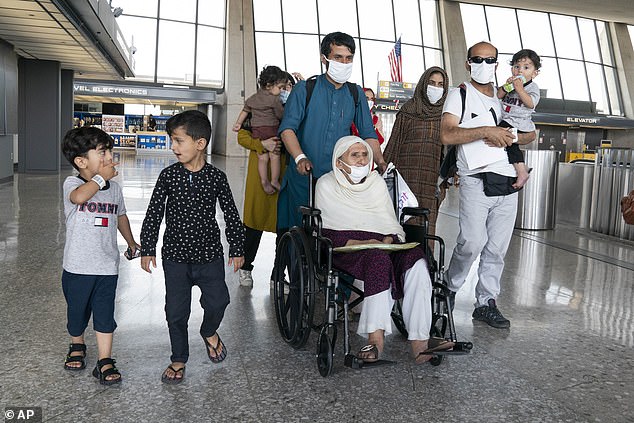 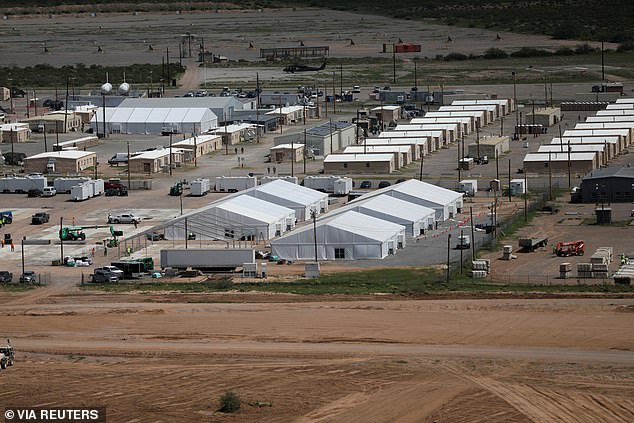 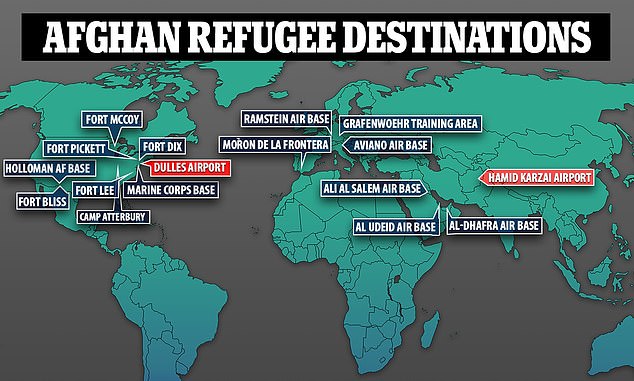 Questions also remain as to what happens to the refugees when they enter the United States.

‘That’s a $20,000 question,’ Herrell said, saying she wants to know ‘how many exactly will be here, what does the resettlement process look like, how long will they be there, what are the safety protocols, what does this look like going forward?’

Other lawmakers have raised similar questions. After touring Fort McCoy in his district, which houses Afghan refugees, Republican Rep. Tom Tiffany told Fox News he has questions about what happens to them after they leave the base, which they can do at any time.

‘People could leave the base…without the authority of the general that is overseeing Fort McCoy,’ he said.

After taking an aerial tour of Fort Bliss on Friday, Republican Senator Ted Cruz said an official there told him refugees can order an uber to go into nearby El Paso at any time.

As of Wednesday morning, 20,000 Afghan refugees have arrived at eight military bases in the United States, Joint Chiefs of Staff Chairman General Mark Milley said at a Pentagon briefing.

The bases are heading toward their capacity for holding people with more refugees expected to arrive over the coming days.

But it was reported on Wednesday that the U.S. left behind the majority of Afghan interpreters and others who applied for Special Immigration Visas (SIVs) to flee Afghanistan amid the American draw down.

Including their family members, as many as 100,000 Afghans may be eligible for relocation, meaning even more refugees could arrive in the United States in the days to come.

The U.S. still doesn’t have reliable data on who was evacuated, nor for what type of visas they may qualify, a State Department official told Wall Street Journal, but initial assessments suggested most visa applicants didn’t make it through the crush at the airport.

‘I would say it’s the majority of them,’ the official said. ‘Just based on anecdotal information about the populations we were able to support.’

Julie Pace is the new executive editor of The Associated Press