A total social lockdown for London and parts of the North could be on the cards if Covid infection rates do not fall.

Pubs, restaurants and bars would be forced to shut for at least two weeks and households would be banned from meeting each other in any indoor location under the new emergency plan.

Offices at which employees can not work from home would be kept open, as well as schools. 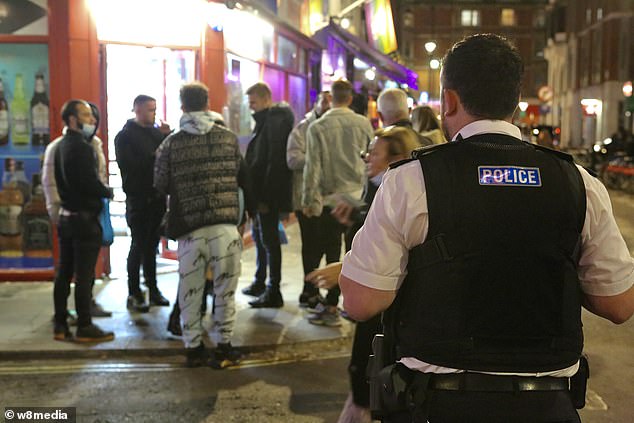 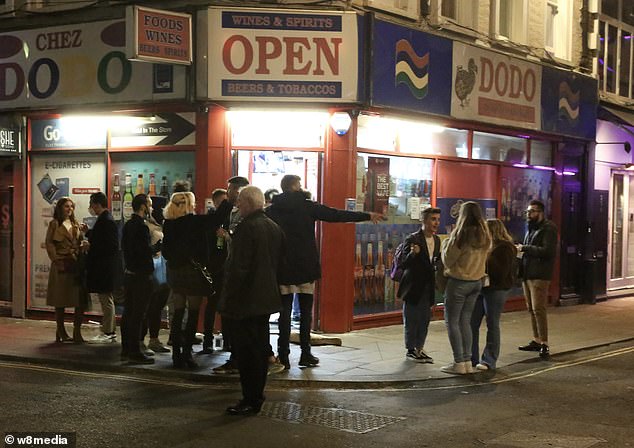 Pubs, restaurants and bars would be forced to shut for at least two weeks under the proposed new measures

The social lockdown measures were part of plans presented to the UK government last week, according to a report in The Times.

However the group ministers, led by the Prime Minister, had rejected them, fearing backlash from Tory MPs and members of the public.

What are the proposed social lockdown measures?

The proposed social lockdown measures include ordering the closure of all bars, pubs and restaurants for two weeks and possibly longer.

People from separate households would no longer be able to mix in indoor locations.

Government insiders said that the first total social lockdowns were likely to be imposed in Merseyside and the northeast, while Greater Manchester and other towns across the northwest were also at risk.

‘The nation and the party wasn’t ready for us to go any further last week,’ a senior government source told the publication.

‘There wasn’t a wide enough understanding of how substantial the second wave could be.

‘Unlike the first lockdown, nobody has seen pictures of body bags in Spain or France on the TV yet, which had a very powerful effect. You have to take people with you.

‘Tougher measures on social interaction will have to come though. They’re inevitable in some parts if you look at the numbers.’

The emergency measures could be imposed in Covid-19 hotspots including Merseyside and the northeast as early as this week.

London could also be placed on a total social lockdown if infection rates continue to rise, with one government figure describing the capital’s fate as ‘in the balance’, The Times reported.

Downing Street reportedly hopes to avoid a national social lockdown, with infection rates remaining low in the country’s southwest and southeast outside of London.

According to another Tory source, Michael Gove was the leading voice pushing for new social restrictions, while Chancellor Rishi Sunak leads the opposing group in cabinet as he pushes to keep as much of the economy open as possible.

It comes as new local lockdowns, further restrictions and tough new fines for failing to self-isolate come into force across parts of the UK on Monday. 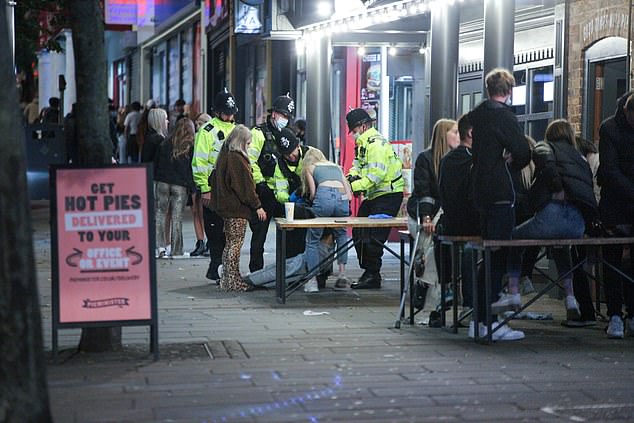 People across England will be legally required to self-isolate from this week if they test positive for coronavirus or are contacted by the test and trace service.

If they do not they risk being hit with new fines starting at £1,000 and increasing up to £10,000 for repeat offenders or serious breaches, the Department of Health and Social Care (DHSC) said.

The DHSC also said that police will check compliance in the highest incidence areas and in high-risk groups based on ‘local intelligence’. 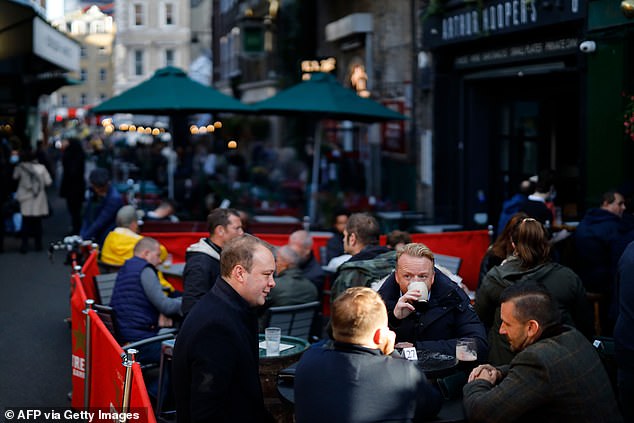 Downing Street reportedly hopes to avoid a national social lockdown, with infection rates remaining low in the country’s southwest and southeast outside of London. Above, after-work drinkers enjoy a pint outside The Market Porter pub in Borough Market

High profile and ‘egregious’ cases of non-compliance will be investigated and prosecuted while action will be taken on tip-offs from ‘third parties’ about people who have tested positive but are not self-isolating, the DHSC added.

But people on low incomes who cannot work from home and have lost income as a result will also be eligible for a new £500 test and trace support payment, it added.

Under new rules in England wedding ceremonies will also be restricted to 15 people.

Meanwhile three more council areas in South Wales will go into local lockdown from 6pm on Monday, the Welsh Government has announced.

Neath Port Talbot, Torfaen and the Vale of Glamorgan will be covered by the restrictions, which mean people will not be able to enter or leave the areas without a reasonable excuse. 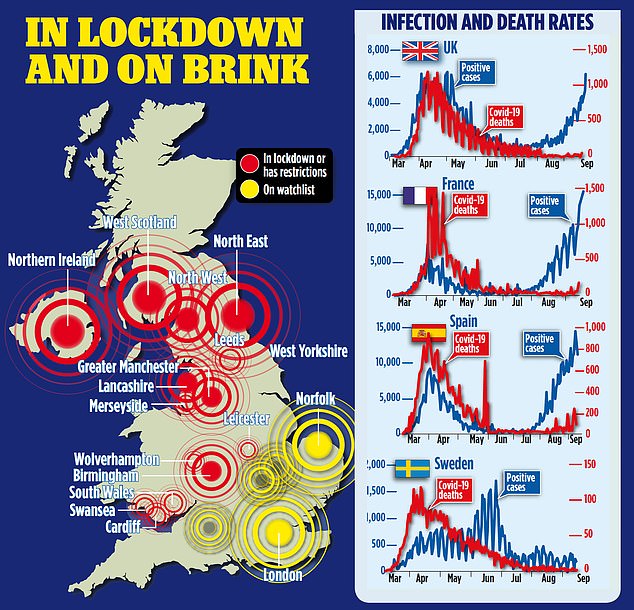 Police will carry out spot checks and act on tip-offs to enforce strict new Covid-19 self-isolation rules from today.

People ordered to quarantine after they or a contact test positive for the virus face a knock on the door from officers to check they are not leaving their home.

It comes amid a growing revolt by Tory MPs over the way Boris Johnson‘s Government is infringing liberties with restrictions to tackle the pandemic.

Signalling a tough crackdown, Home Secretary Priti Patel warned last night that ministers ‘will not allow those who break the rules to reverse the hard-won progress made by the law-abiding majority’.

From today, people across England are required by law to quarantine for ten days if they test positive for Covid-19 or are contacted by NHS Test and Trace.

Can US smaller companies still offer rich pickings for investors?

Can US smaller companies still offer rich pickings for investors?