An exquisite Grade-II listed mansion dating back to the 1500s has undergone a 10-year restoration and is now on sale at £15 million.

Dinton Hall, located near Aylesbury in Buckinghamshire, is one of the grandest country houses for sale in Britain today with a rich history, including a tragic fire that nearly collapsed the estate. 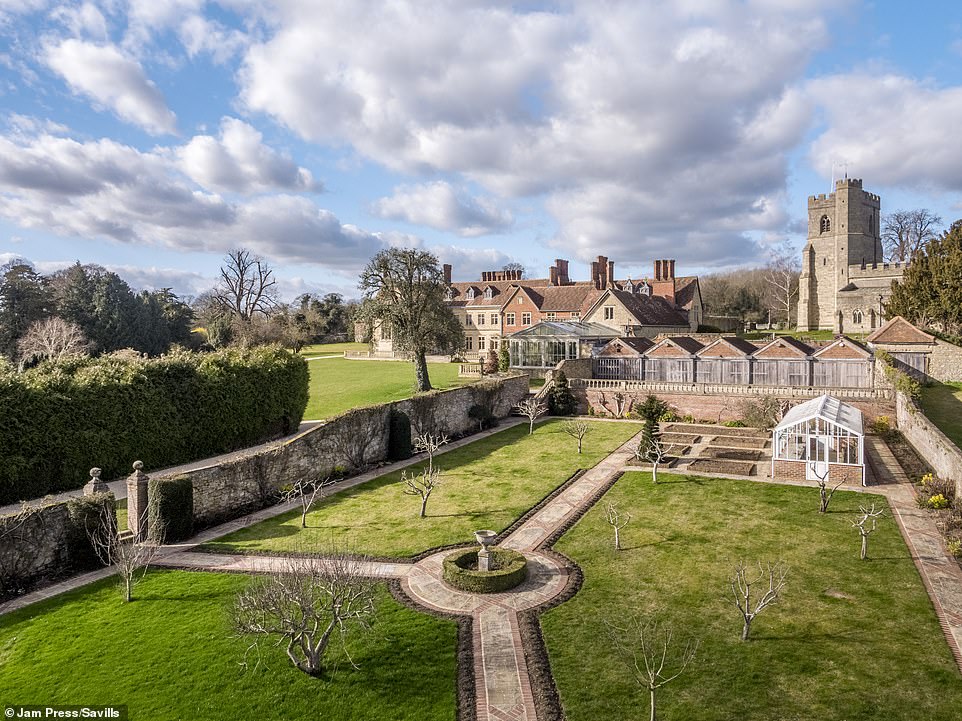 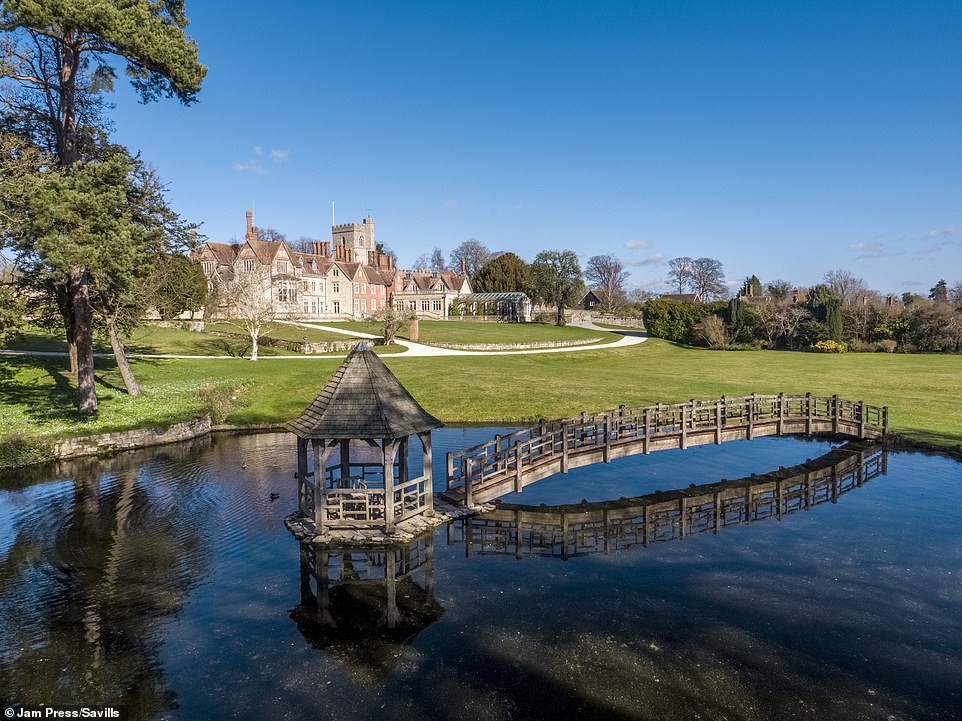 The property was bought by a man named Mr Vanbergen in 1999 who brought together a talented team of architects, mechanical engineers and craftsmen to restore the home to its former flory

The 20,000 sq ft mansion was initially built by Archbishop Warham around a medical core and was later rebuilt in both the 16th and 17th century, as well as altered between 1855 to 1857.

During the Civil War, the property was home to Simon Mayne, MP for Aylesbury, who sat as a judge when the King was tried and was among those who signed his death warrant.

After the monarchy was restored in 1660, Mayne fled for his life and hid in a secret room under the eaves in Dinton Hall to avoid arrest.

He was eventually tried, found guilty and sent to the Tower where he fell ill and died.

The property, which also has a west wing believed to have been a chapel, still contains the sword Oliver Cromwell gave to Mayne after the Battle of Edgehill.

In 1727, Mayne’s godson, who was also named Simon Mayne, sold Dinton Hall to John Vanhattem, whose family came to England with William of Orange.

His son, also John Vanhattem, was knighted in 1760.

Sir John never married but had a daughter, Rebecca, who inherited the Dinton Hall estate when her father died. In 1788, she married the Revd William Goodall and went to live at Dinton Hall, where the couple are said to have raised 16 children.

The Goodalls lived on at the mansion for some 150 years, before Sir William Currie bought the property in the mid-1920s.

In 1939, a massive fire erupted which tragically killed two housemaids and caused serious damage to the east wing of the hall.

The following year, tragedy struck again as the owners were denied the oil required to heat the house, which saw dry rot set in as the building began to deteriorate. 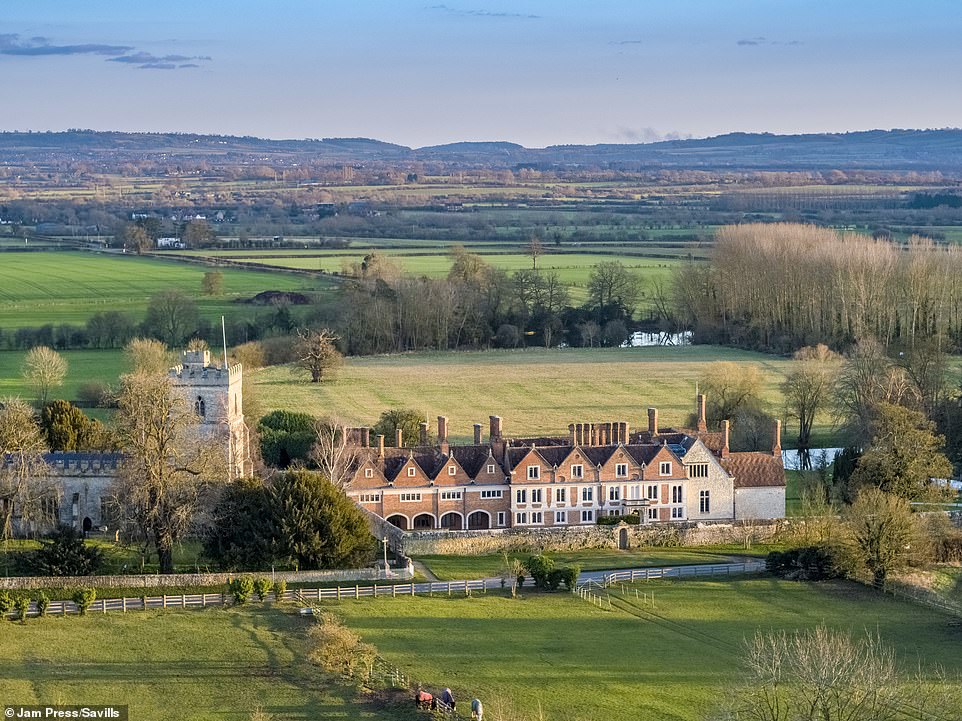 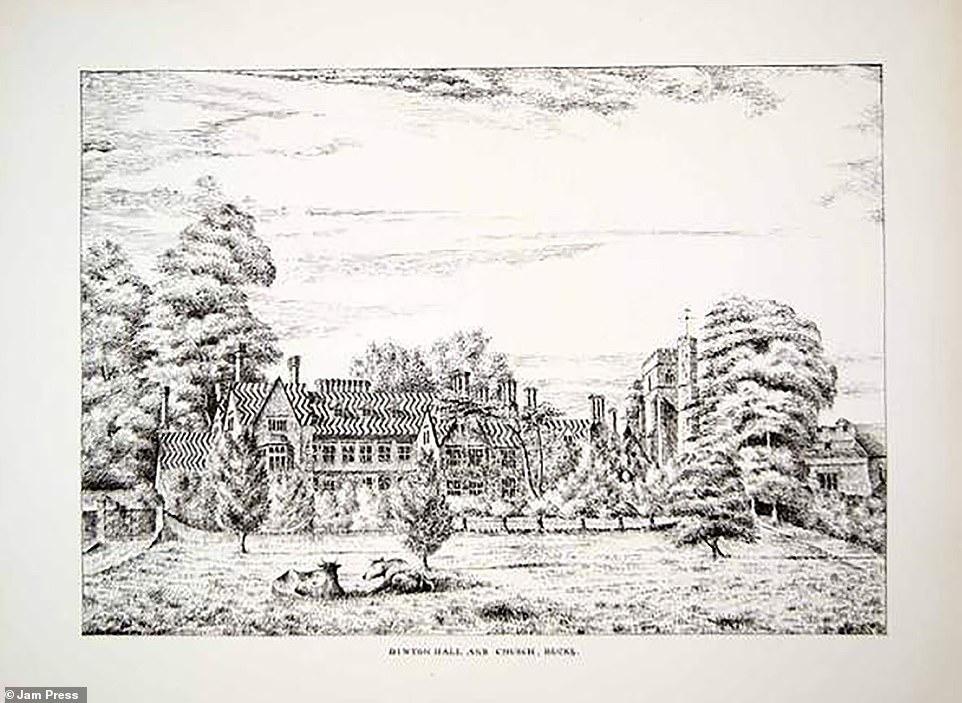 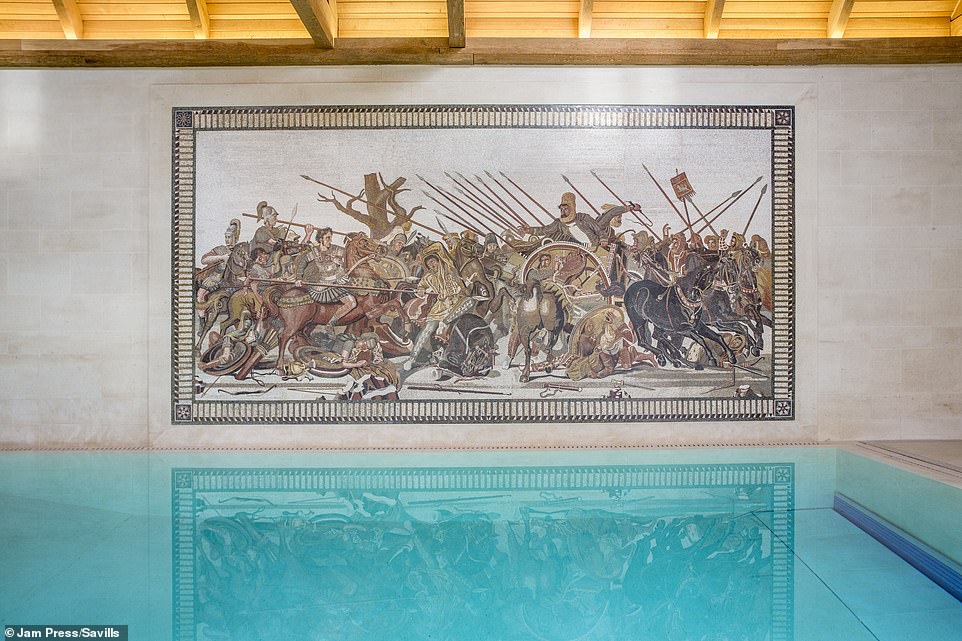 The property was bought by a man named Mr Vanbergen in 1999 who brought together a talented team of architects, mechanical engineers and craftsmen to restore the home to its former flory.

Dinton Hall was rebuilt over 10 years in a project that has cost £10 million.

And it’s now up for grabs.

The property is set over 46 acres of historic gardens with magnificent views of the surrounding Chiltern Hills in a house ‘built to last for the next 500 years’.

There’s also a breakfast room and kitchen done up to the finest standards.

The home has nine bedrooms in total including four suites on the second floor and a five bedrooms on the first floor.

The property is 11 miles from Oxford and approximately 40 minutes drive to Milton Keynes and High Wycombe.

Nearby schools include Ashford School, The Dragon and Summerhills for primary options and Oxford High, Headington and Magdalen College for secondary.

‘The current owner has literally rebuilt the house, so you rarely come across a country house in such good condition.

‘A buyer could quite literally move straight into the property without needing to do much.

‘It’s got the most wonderful views towards the Chiltern Hills with outstanding natural beauty and it has first-class leisure facilities including a gym and a beautiful limestone indoor swimming pool.

‘It has excellent transport links into central London and to international airports.’