Graduates are LESS happy than young people who did not go to university, study shows


Graduates are LESS happy than young people who did not go to university, study shows, as black and Asian degree holders gain higher happiness scores than white counterparts

Graduates are not as happy as other young people, research by the Office for Students has revealed.

Black graduates had the largest proportion of very high happiness scores, followed by Asian degree holders and then by their white counterparts.

Those who attended university were more anxious than their peers and those who were unemployed reported the highest levels of dissatisfaction with their lives.

On happiness, all of the graduates were less likely to score very highly when compared to the general population. 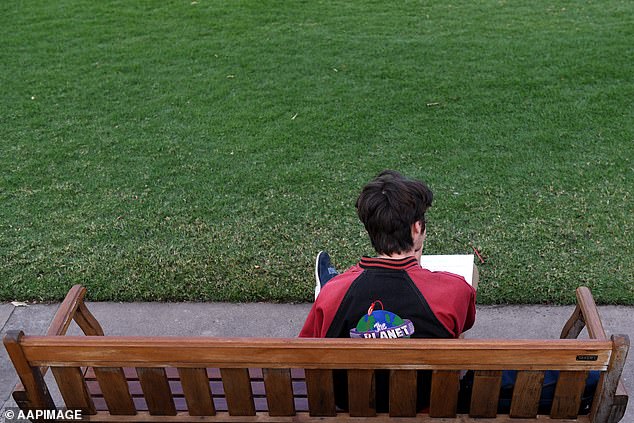 A student reads a book on a park bench. Graduates are less happy than those who did not attend university, figures from the Office for Students has revealed

Although female graduates felt that they were doing things that were more worthwhile with their lives than their male counterparts, they were much more anxious. Recent data has also shown that the women earn less.

The Higher Education Statistics Agency surveyed more than 215,000 graduates 15 months after they completed their undergraduate or postgraduate degrees.

However, 32.6 percent of those graduates in full-time work scored very highly for feelings that what they did in life was worthwhile, whereas the proportion was 36.1 percent of respondents in the general population.

The study found that older graduates were less likely to feel dissatisfaction with their lives and were generally happier than their younger counterparts.

Those who studied part-time while at university also had higher levels of life satisfaction than those who did not. 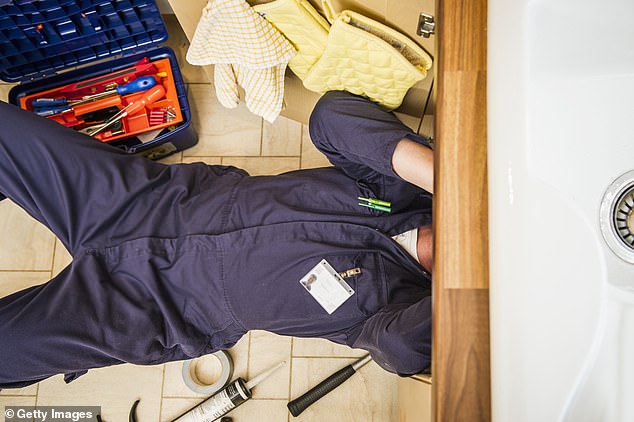 A plumber fixing a kitchen sink. Those who did not attend university had higher happiness scores than those who did

The Office for Students told The Times: ‘Higher education can have a transformational impact and many graduates go on to have rewarding lives and careers.

‘There are range of factors that both influence the paths that graduates take and impact their sense of wellbeing.

‘It is important that universities and colleges are preparing their students for the world of work, recognising the challenges that graduates face in today’s labour market.

‘This data … will be helpful in our work to ensure that all students, wherever they are from, have a fulfilling experience of higher education that enriches their lives and careers.’

Mount Everest: China and Nepal agree on height after years of dispute