Great-great-grandmother, 100, meets first baby girl to be born in her family for 75 years


Great-great-grandmother, 100, is ‘tremendously happy’ as she meets first baby girl to be born in her family for 75 years

Incredible photographs have captured the moment a 100-year-old woman meets her great-great-granddaughter for the first time.

And making it even more special, the new arrival is the first girl to be born into the family for a staggering 75 years.

In an incredibly special moment, the Smiths watched as the 100-year-old held Maeva for the first time, while surrounded by five generations of family. 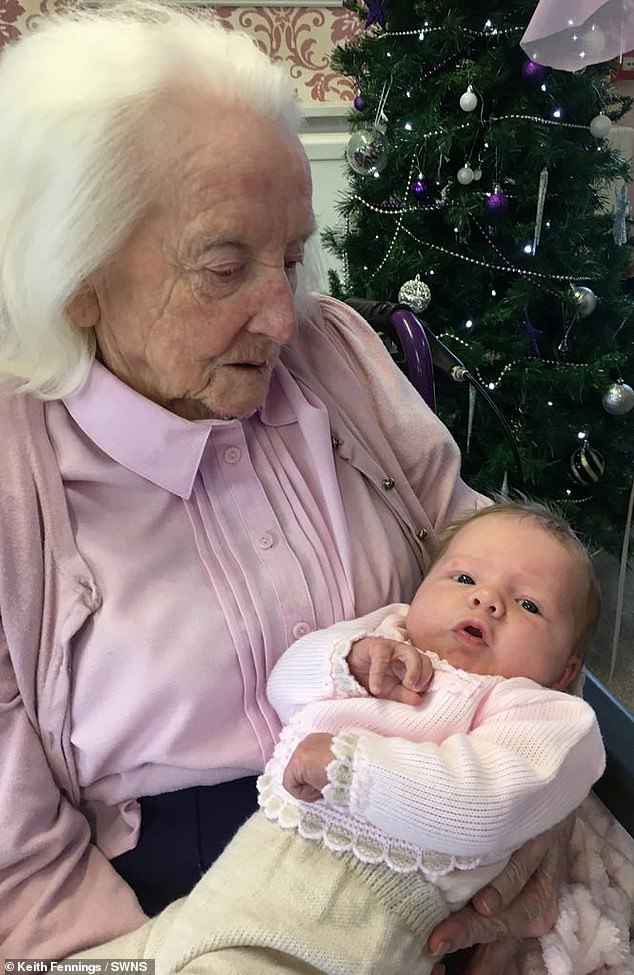 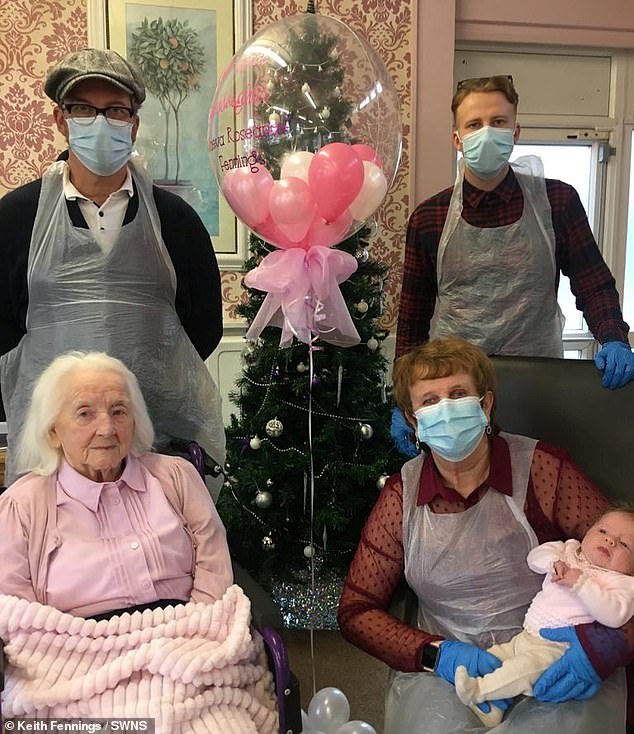 The new arrival is the first girl to be born into the family for a staggering 75 years. Pictured, Gwen with her family, spanning over five generations

Speaking about that day, just before Christmas, Gwen’s family said: ‘It was a very special occasion to get all five generations together, particularly during the pandemic.

‘Strict protocols are still in place but the home’s manager, Chris, permitted the visit for which we are all extremely grateful.’

The care home resident, who will turn 101 next month, already has five grandsons, eight great-grandsons, and six step great-grandsons and was extremely proud to meet the newest addition to the family.

Unfortunately, Gwen’s cataracts mean she can no longer see very well but according to her family, she was still tremendously happy to meet the little one.

Gwen was born in Essex on 28 February 1921 and after she moved to Gravesend as a youngster, she became a keen dancer and performed at many local events while working at her father’s seed merchant shops in Kent. 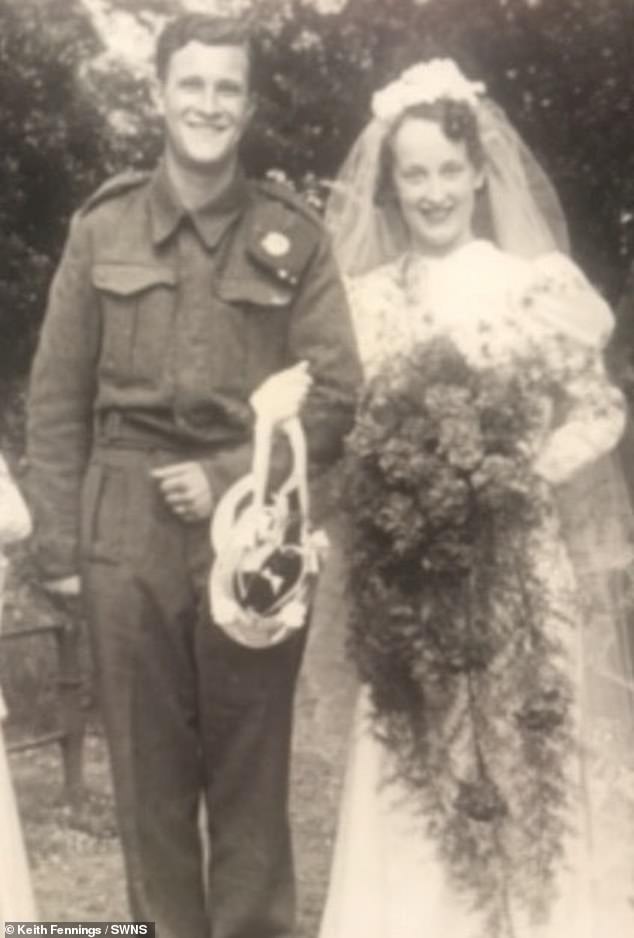 She met her husband, Ron, aged 16 when he was an apprentice electrician at Blue Circle Cement Works.

The Second World War separated the newlyweds, and Ron was sent to serve overseas with the Royal Engineers.

The pair married at the height of the Second World War in 1940 after Ron managed to get a special leave of just eight hours while stationed at the Isle of Grain.

After saying their goodbyes, the pair didn’t meet again for another five years.

They finally reunited after the war and enjoyed many happy years of travelling, while bringing up their two daughters, Gloria and Sandra – who, until Maeva, was the last girl to be born in the family 75 years ago.

The Bulls are optimistic about the return of Zach LaVine