This is the incredible moment a great white shark swallowed a seabird whole, shocking a group of tourists watching on.

Around 30 adventure seekers were enjoying a shark-cage diving expedition off the coast of Port Lincoln, South Australia, earlier this month when a petrel started stalking their boat.

The bird was trying to feast on tuna tail, thrown into the water by tour company Calypso Star Charters to lure in sharks.

But footage captured by diver Ben Kessler shows a great white shark, displeased with the competition, attempting to chase the bird away. 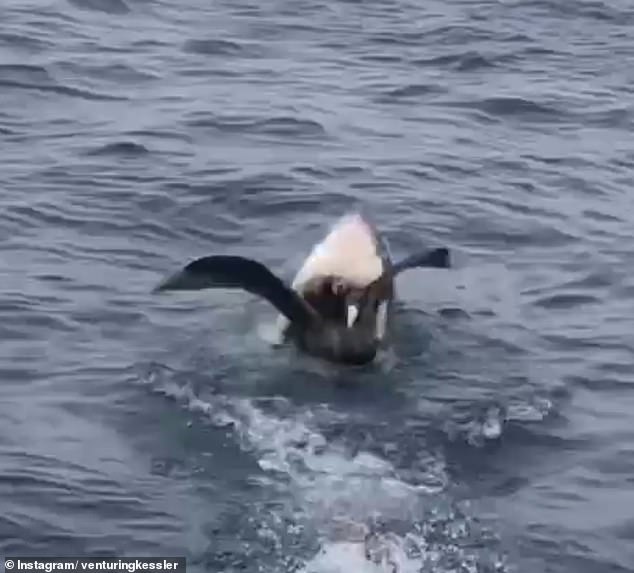 When the feathered fish thief failed to take the hint, the apex predator launches out of the water and wraps its teeth around the petrel, killing it instantly.

The shocked divers can be heard screaming as the shark clasps the bird, dragging it under the water before swimming away.

‘Everyone was really shocked and excited, like ”wow what have we just witnessed”. It just happened so quickly,’ Mr Kessler told Daily Mail Australia.

However, Mr Kessler said the bird was given ample warning.

‘The shark nudged the bird twice, the shark gave it warnings, but the bird came back an hour later,’ he said.

Mr Kessler said it is not uncommon for sharks to attack competitors that get in between them and a meal.

‘Sharks are very territorial, and anyone or anything that gets in the way is a target,’ he said.

‘Funnily enough, the shark ate the bird then spat it out later.’ 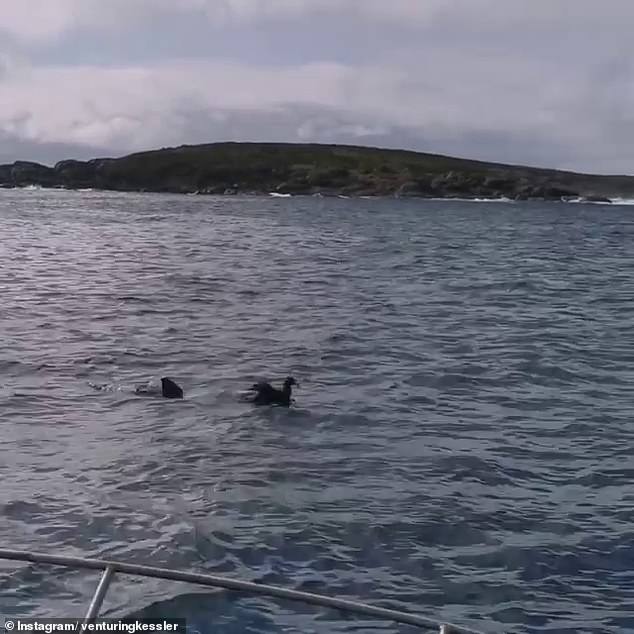 Mr Kessler said the shark gave the seabird warnings an hour earlier, nudging it away (pictured) from the tuna tail twice