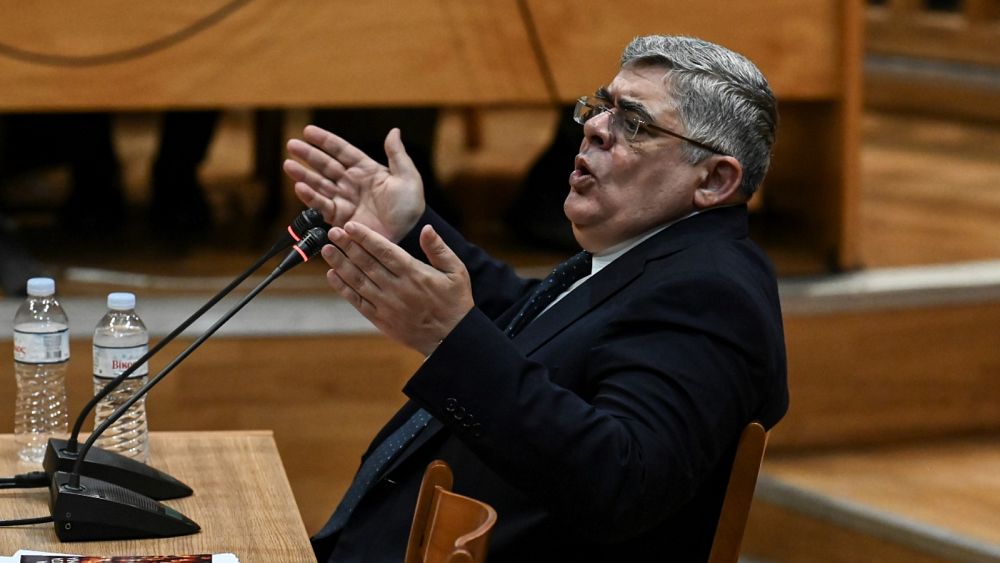 The trial of 68 leaders and members of the Greek neo-Nazi party Golden Dawn reaches its finale this week, as a panel of Greek judges on Wednesday deliver a verdict on whether the party is an organised crime syndicate.

The trial, which began after a series of delays in April 2015, involves dozens of defendants, hundreds of witnesses and thousands of pages of documentary evidence.

It was triggered by the September 2013 murder of anti-fascist campaigner and hip-hop artist, Pavlos Fyssas, in the port of Piraeus.

A self-confessed member of Golden Dawn, Giorgos Roupakias, was charged with the brutal murder.

Greek prosecutors allege that 68 leaders, MPs and activists ordered or at the very least were aware of the murder of Fyssas. They are also suspected of other violent attacks, racketeering, attempted murder and illegal possession of weapons.

This in effect, prosecutors say, means that the neo-Nazi populist political party is actually an organised crime outfit.

The far-right party had members within parliament from 2012 until July 2019 when Golden Dawn failed to receive 3% of the vote as required in the general election.

The leaders and activists of the extreme-right party have denied all the charges. Current leader, Nikolaos Michaloliakos, is one of the defendants in the trial.

It was officially founded in 1985 though it did not gain much attention until the early 1990s. It espouses an ultranationalistic and xenophobic doctrine.

Golden Dawn closed for a while in 2005 and was absorbed into another ultranationalist party called Patriotic Alliance, though Michaloliakos withdrew his support in 2007 and Golden Dawn became the main party for the extreme right.

Support grew for the party as Greece’s economic crisis deepened and the party pushed its ultra-nationalist agenda and attracted a support base.

Golden Dawn leapt onto the national stage in the May 2012 general election, winning 7% of the popular vote and entering the Hellenic Parliament with 21 seats.

In January 2015, their seats dropped to 17 and yet they were still the third-largest political party in the parliament.

Whatever the outcome of this epic and historical legal case, it seems that the sun has set — for the moment at least — on one of Europe’s most ruthless, though successful, extreme-right political parties.

Victory for Dutch government over legal challenge to COVID curfew