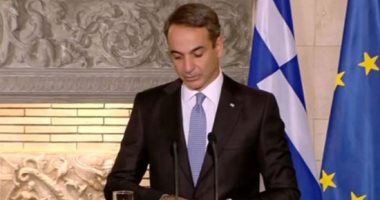 The Prime Minister of Greece Kyriakos Mitsotakis received a short time ago, the “Pfizer Biontech” vaccine against the Coronavirus, according to media sources..

The European Union prepared to launch vaccination campaigns in various countries of the Union, starting from Sunday in an attempt to control the spread of the British mutated strain, after the bloc country decided to take strict measures to close due to the new strain after its spread from Britain to France, Spain and even Japan, according to what was stated in the site. medicalxpress.

The report stated that the first doses of the American vaccine, Pfizer, arrived in Italy, Spain and France this morning, in preparation for distribution to elderly care facilities and hospital staff, after the epidemic has killed more than 1.7 million people so far.

The European Union announced the launch of vaccination campaigns in all 27 European Union countries today, Sunday, after the organizers agreed to adopt the vaccine and set its dose rates this month, to confront the global pandemic that resulted in more than 25 million total infections recorded in Europe .