Greggs warns its outlook is uncertain due to increased Covid restrictions

Greggs has warned its outlook is uncertain due to increased coronavirus restrictions put on customers after sales slumped by 30 per cent since it reopened in July.

The high street bakery chain said it is in talks with staff over cutting employee hours ‘to minimise the risk of job losses’ when the furlough scheme ends next month.

The food-to-go specialist said it suffered a ‘challenging month’ in August, as the closure of seated areas meant it was unable to benefit from Eat Out to Help Out.

High temperatures also made August a ‘difficult month’ for trading, but more people ate outside of their homes in September which it believes drove improvements.

Since reopening on July 2, the Newcastle-based firm’s like-for-like sales averaged at 71.2 per cent of its levels from 2019 for the 12-week period to September 26. 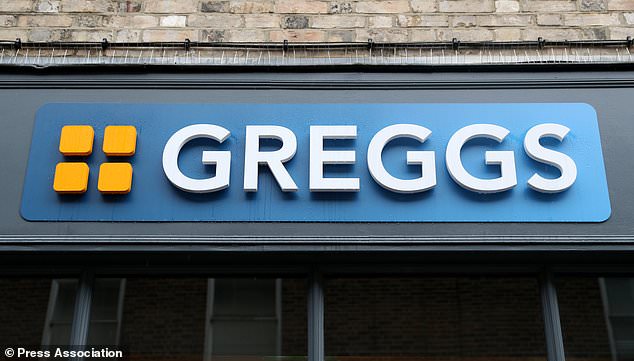 In the past month, covering the four weeks to September 26, like-for-like sales were at 76.1 per cent of its levels from the same period last year, as trading improved.

The company said it has reviewed its trading operations as it looks to ensure its ’employment costs reflect the estimated level of demand from November onwards’.

The update came as the chain said that sales have picked up over the past month, as it continues its recovery following the coronavirus pandemic.

Greggs, best known for its sausage rolls and vegan snacks, said it had launched a consultation with union and employee representatives.

‘Our aim is to minimise the risk of job losses by negotiating reduced hours in our shops,’ it said.

A spokesman added: ‘The outlook for trading remains uncertain, with rising Covid-19 infection rates leading to increasing risks of supply chain interruption and further restrictions on customer activities out of the home.

‘In these challenging conditions our teams continue to work hard and have proven our ability to operate with social distancing and adapt to new digital channels.’

Last week Prime Minister Boris Johnson told Britons to work from home where possible and ordered restaurants and bars to close early to tackle a spike in the pandemic, with new restrictions likely to last six months.

The government has said it is also mulling tougher restrictions.

Greggs was performing well before the crisis its shares hit a record high of 2,550p in January. But they closed yesterday at 1,219p, down 47 per cent in the year to date.

In January, thousands of Greggs staff were told they would receive a £300 one-off payment after a ‘phenomenal year’.

All employees at the firm shared a £7million payment after shareholders received a £35million special dividend last October.