A heartbroken dad refuses to give up his quest for justice for his little girl who was crushed to death by a truck tyre.

Lily Dorrough, 7, was when the 90kg tyre fell on her outside her father’s flooring business in Roma in central Queensland in August 2019.

The tyre was leaning up against a shed on the common walkway with a neighbouring tenant at the industrial complex, according to Lily’s shattered dad Michael.

Chilling footage minutes before the tragedy shows the energetic blonde youngster happily playing with her sister and friends inside her father’s workshop, running around and climbing over showroom fixtures. 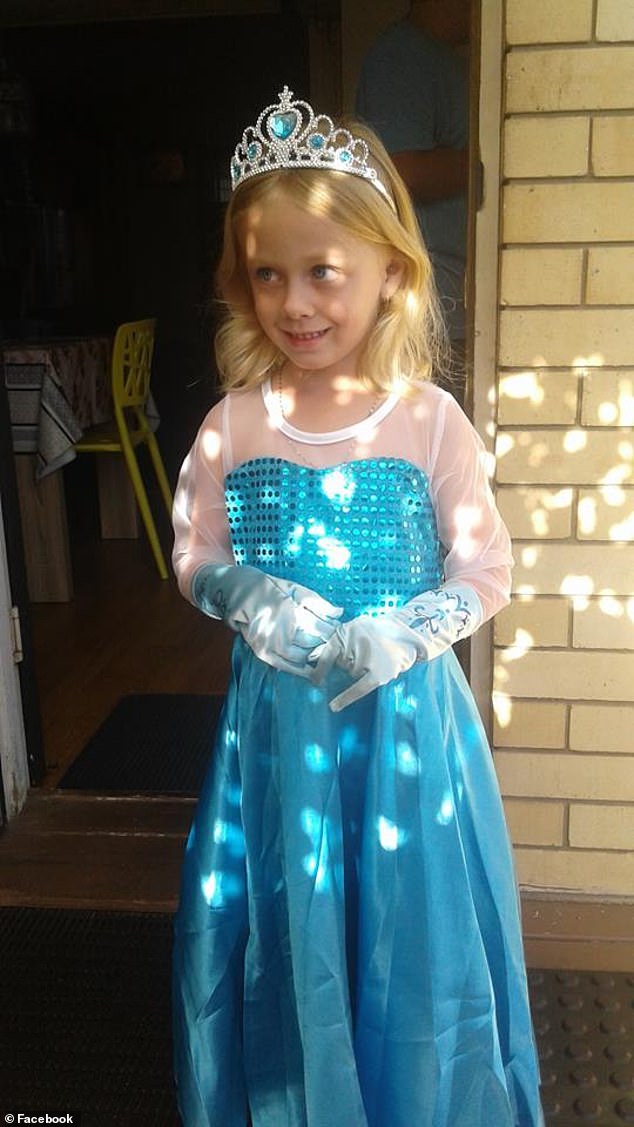 She and a friend later pack up their things and head outside ready to go home before her frantic father sprints outside a few minutes later.

His panicked reaction came after he was alerted by the screams of Lily’s friends afte the tyre fell on her.

He was later seen carrying critically-injured Lily to his car to rush her to hospital, where she died a few hours later.

‘My beautiful little girl is gone forever and nobody is accountable,’ a distraught Mr Dorrough told A Current Affair on Thursday. 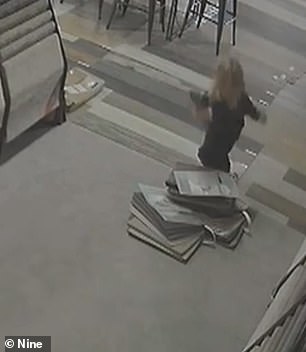 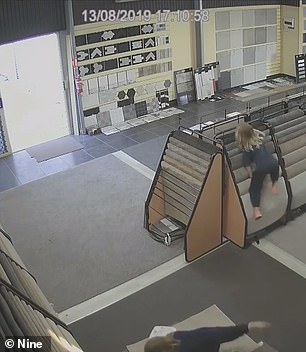 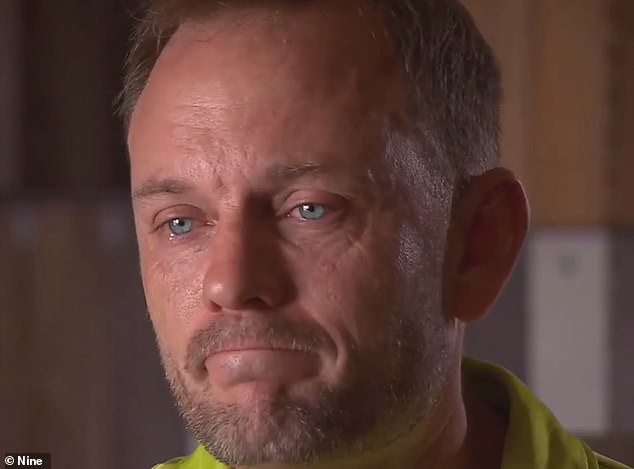 CCTV shows Mr Brown driving into the industrial complex days before Lily’s death with the truck wheels seen in the back of his ute.

The wheels were later placed on a common walkway outside Mr Brown’s shed a day  before Lily was crushed.

Mr Brown said he was using the shed for storage at the time.

Daily Mail Australia does not suggest Mr Brown was responsible for the tragedy.

Police and Workplace Health and Safety investigated the freak accident and later cleared Mr Brown of any wrongdoing because it couldn’t be proven he was running a business from the complex.

Mr Dorrough demanded a second investigation, which ended with the same outcome. 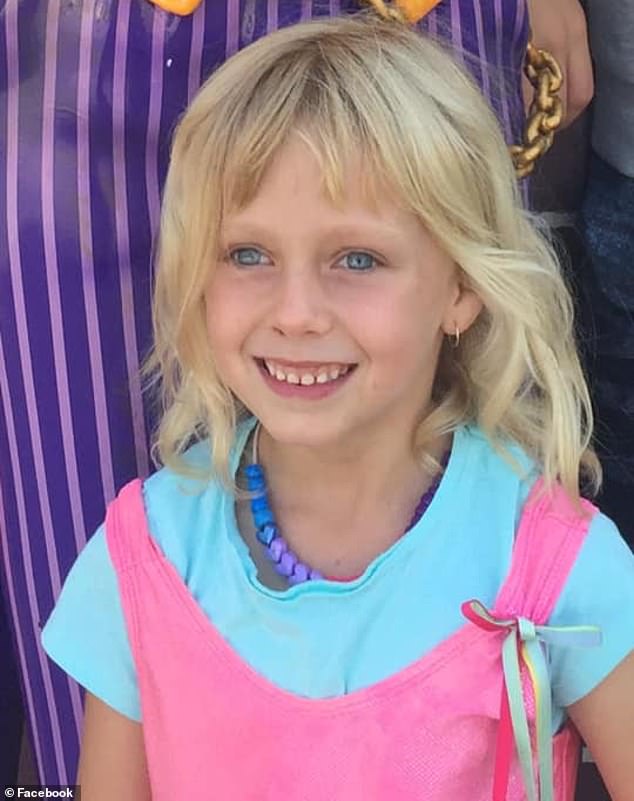 ‘Lily weighed approximately 18kgs, and when a wheel five times that weight falls on you, it’s not going to be a good scenario,’ he said.

‘This was a seven-year-old girl, there was no reason for the wheels to be there, you’ve got a 160sqm shed that you’re renting that you could easily put two wheels inside.

‘If this was myself or one of the other tenants who put those wheels there, who are licensed, registered legitimate businesses then we would have been prosecuted.’

Mr Dorrough has since installed signs in the complex for the walkway to be kept clear and to watch out for children in the hope a similar accident doesn’t reoccur.

Mr Brown no longer leases the shed at the industrial complex and was reluctant to comment when approached on camera by ACA.

‘Everyone knows how I feel about it, it’s not a very nice thing at all, the investigations have been done, that’s all I’ve got to say, thanks,’ he said. 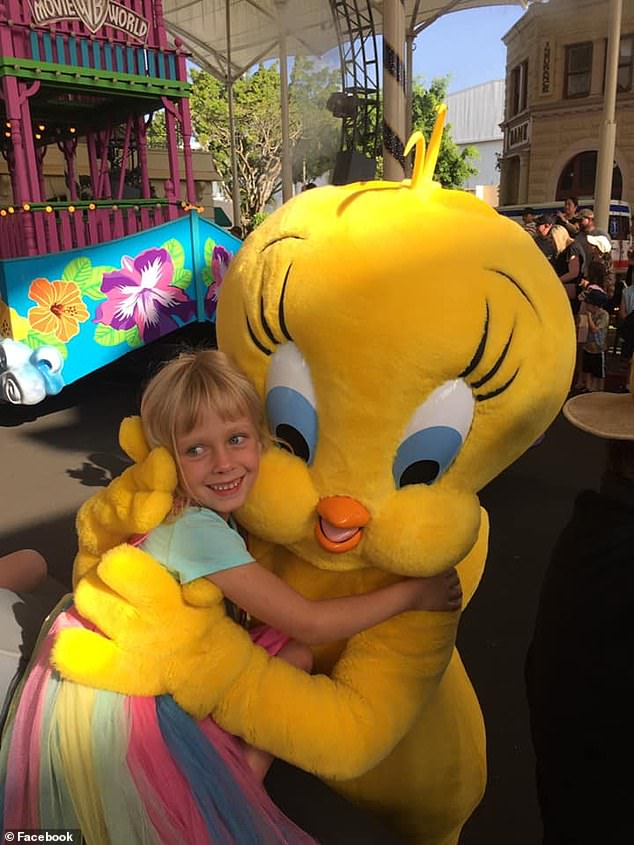 Her mother Nerissa Higgs remembered her daughter as the ‘most beautiful girl’, and said she would forever live on through their memory.

‘Even though the most beautiful girl is gone her smile will be remembered and will be sadly missed,’ she told Daily Mail Australia at the time.

A shattered but determined Mr Dorrough has vowed to continue his fight for justice on behalf of his little girl.

‘If he’d run into my car in the carpark, I feel he would have been in more trouble than placing the wheels there that killed my little girl,’ he said.

‘I want Lily to know that I loved her and I’ll never forgive this guy, never forget, and I’ll do my best for my little princess.’ 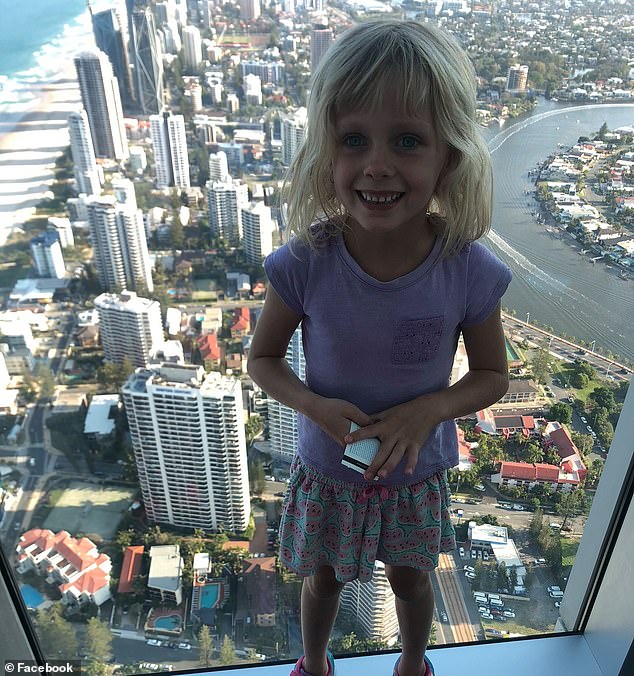 Friday news quiz: Can you nail these 10 brain teasers or will you crash and burn like the European Super League?

Mohamed Al-Erian to CNN: This is how Bitcoin’s recent rally differs from its predecessors