Atletico Madrid coach Diego Simeone revealed the list of Roji Blancos in preparation for facing Barcelona this evening, Saturday, in the eighth round of the Spanish League. 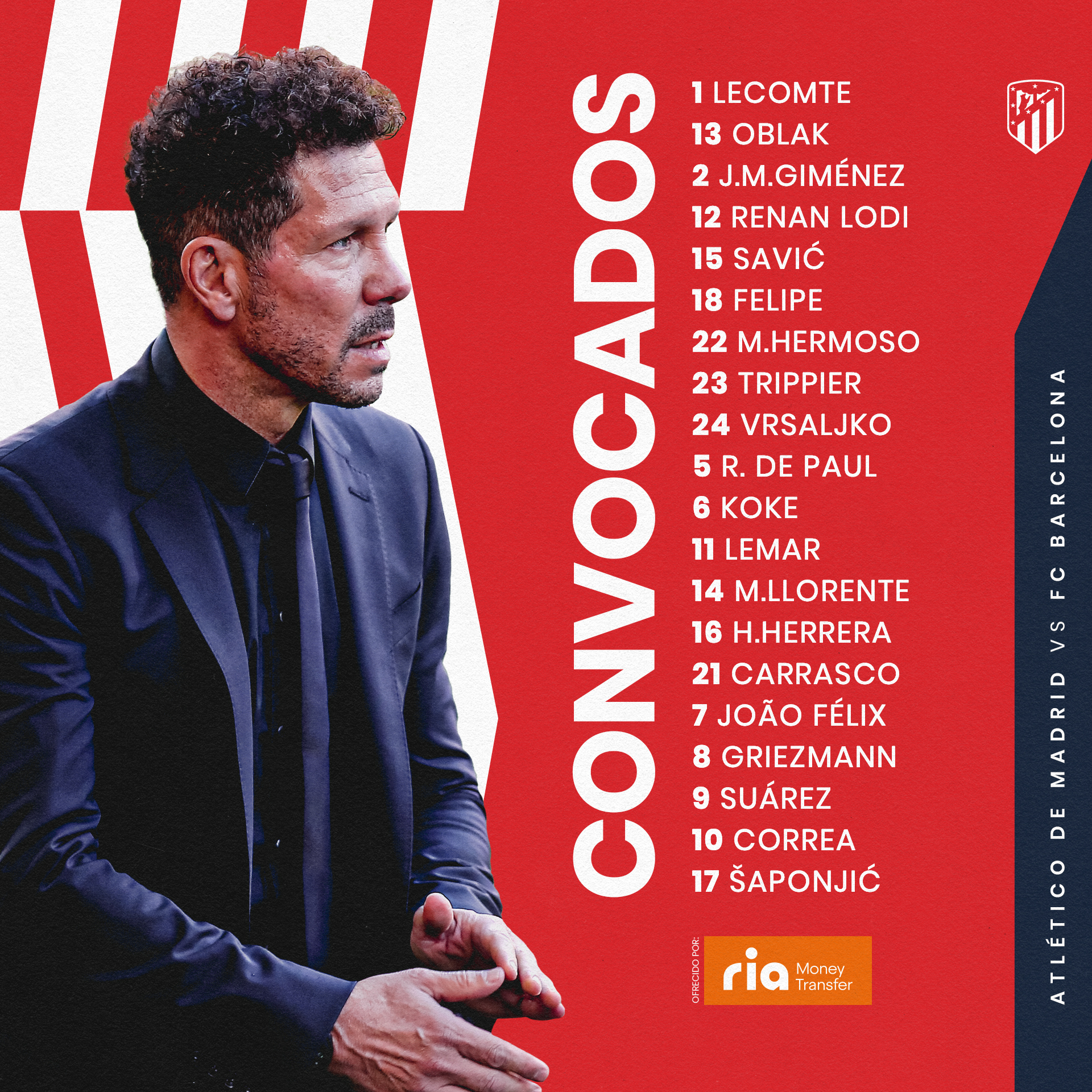 The date of the match between Atletico Madrid and Barcelona

Barcelona will host Atletico Madrid at nine o’clock this evening, Saturday, at the “Wanda Metropolitano” stadium, the stronghold of Rokhi Blancos, in the eighth round of the Spanish League 2021-2022..

Barcelona is in sixth place in the Spanish league standings with 12 points, collected from three victories and the same from draws, and the Catalan club has a postponed match..

While Atlético Madrid is fourth in the La Liga standings with 14 points, it has won four games, drawn on two occasions and suffered one loss..

And the Catalan newspaper, “Sport”, reported that Rokhi Blancos will rely in tonight’s match on a double, Antoine Griezmann and Luis Suarez, after their departure from the Camp Nou..

Luis Suarez played only one match against Barcelona, ​​and it was last season and ended in a goalless draw, while he missed the first round match due to his infection with the new Corona virus..

On the other hand, in total, Griezmann played 26 games against Barcelona in the Real Sociedad and Atlético Madrid shirts, and was able to score six goals and make five assists, including all of them, and achieved only four victories, lost 16 and drew in 6 matches..

The French star, in 12 matches against Barcelona in La Liga, Antoine Griezmann did not score any goal against the Blaugrana..

NBA: The infallible Ricky Rubio remains in scorer mode with the Cavaliers