Griezmann is France’s fourth top scorer in history, equal with Platini, with a double against Finland 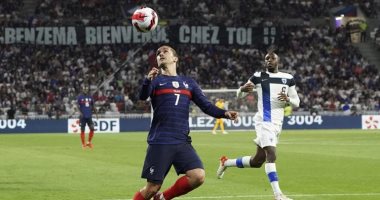 Antoine Griezmann, the star of Atletico Madrid, managed to reach his 41st international goal, becoming the fourth historical scorer for the national team, after scoring a double against Finland, during the meeting that is currently gathering them at the “France” stadium, in the sixth round of Group D, in European qualifiers for the 2022 World Cup in Qatar.

Griezmann scored the double of the French national team against Finland, in the 25th and 53rd minutes of the match, to reach his 41st goal, equal with former star Michel Platini as the fourth historical scorer.

Tourist critically injured during incident on pedicab in Midtown, NYC