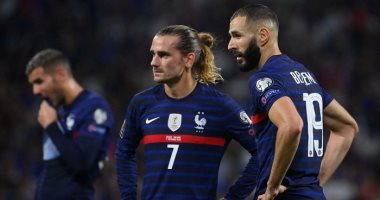 The French national team regained the track of victories after drawing in the last 5 matches in various competitions, after defeating its guest Finland, with a clean double, in the match that brought them together on Tuesday evening at the “France” stadium, in the sixth round of the fourth group of European qualifiers for the World Cup finals. 2022.

Thierry Henry is France’s top scorer with 51 goals, then AC Milan striker Olivier Giroud with 46 goals. The French team strengthened its lead in Group D with 12 points, while Finland’s balance stopped at 5 points in fourth place. In the same group, Bosnia and Herzegovina tied with its Kazakh guest, 2-2.

Cases of the Mu variant begin to rise, experts fear the variant could be more contagious than Delta