‘I’m happy that he’s back… and scores a brilliant goal’: Pep Guardiola boosted by impressive Gabriel Jesus return in victory over Olympiacos ahead of Liverpool clash

Pep Guardiola was pleased to see Gabriel Jesus on the scoresheet on his return from a thigh injury as Manchester City earned a 3-0 win over Olympiacos in the Champions League.

City have been operating without a specialist centre forward in recent weeks and the Brazilian’s return gives them greater threat ahead of this weekend’s clash with Premier League champions Liverpool.

Guardiola said: ‘It was important, of course, the fact he’s back. It’s good news, especially for the striker to score a brilliant goal. I’m delighted with most of the game and happy that Gabriel is back.’ 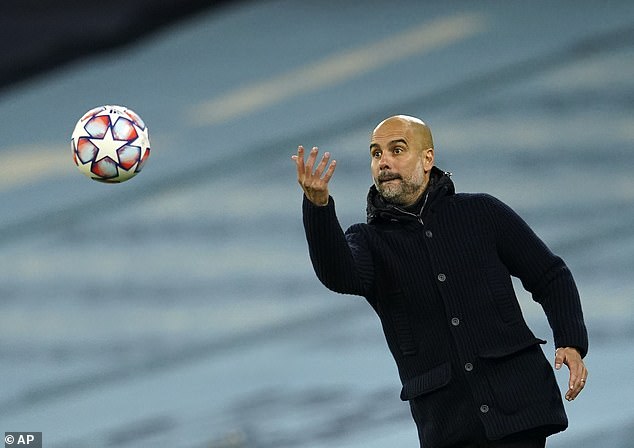 Winger Torres has played as a makeshift in the absence of Jesus and Sergio Aguero and Guardiola has been impressed with the Spaniard.

‘He’s growing, he’s already scored a lot of goals and we are happy with his performance.’

City maintained their 100 per cent start in Group C with late goals from fit-again Jesus and Joao Cancelo. 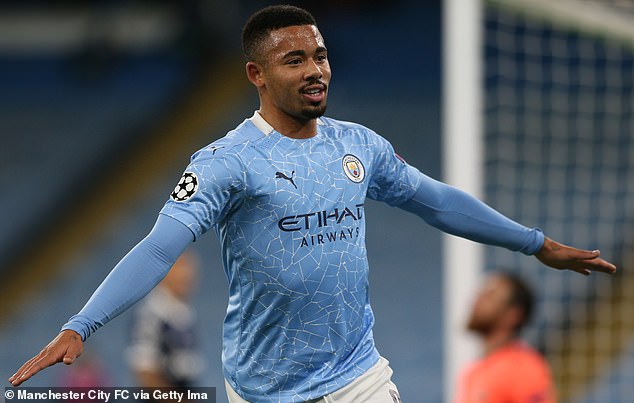 Gabriel Jesus got back on track after returning from injury, scoring an excellent goal from an acute angle with 10 minutes left

Ferran Torres gave City a 10th-minute lead as they made a strong start at the Etihad Stadium but Olympiacos were in the ascendancy before substitute Jesus turned the game decisively in their favour on 81 minutes.

Guardiola said: ‘We missed the chances to score more goals, in that way we have to finish the game. At 1-0 the game is open, they created chances.

Guardiola now hopes to take advantage of a break in Manchester’s recent poor weather to prepare for the visit of Liverpool on Sunday. 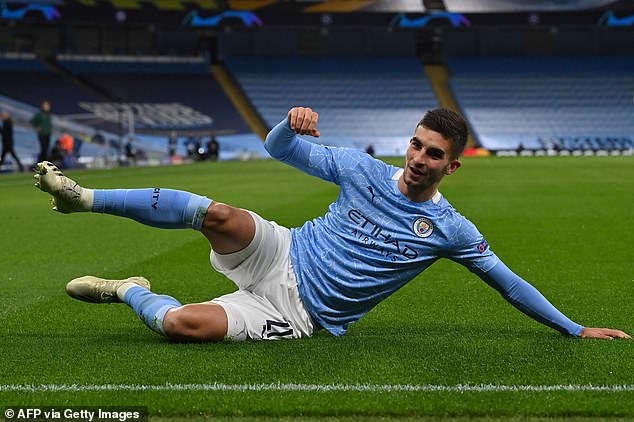 Ferran Torres got Manchester City off to a great start, capping off an excellent passing move

He said: ‘I saw the forecast and there is sunshine in Manchester. They’ll have regeneration, a day off and then two days.

‘Now it is time to enjoy the victory, the position in the table and move forward.’

Olympiacos coach Pedro Martins felt his side pushed City well but paid the price for a poor first-half display.

He said: ‘We didn’t start very well. That is something we have to sort out. It doesn’t happen all the time but today we were exceptionally bad in the first half. 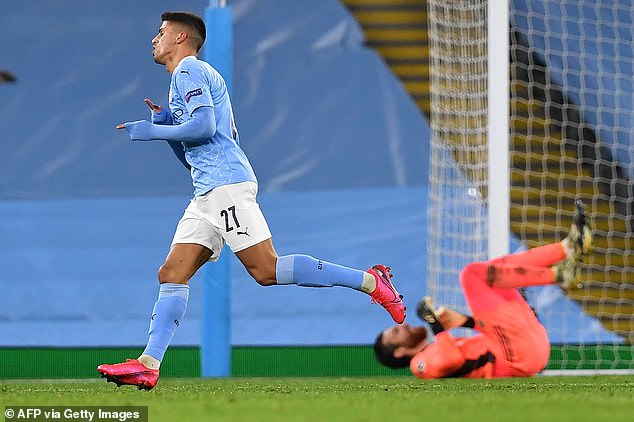 Joao Cancelo then got on the score sheet right at the death, making it 3-0 to the home side

‘We let City dominate the first half and we gave them a lot of space. It is something we have to address.

‘We showed in the second half we could be a lot better. We improved our performance.

‘We had a few opportunities to score and for 30-35 minutes if one team was going to score it was Olympiacos.’ 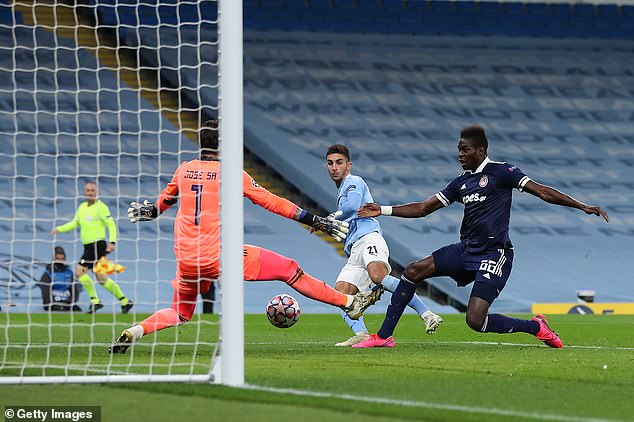 Pints ordered by post, football at school but not at clubs: The odd new rules in new lockdown

Sainsbury’s swings to £137 million of pre-tax loss in the first half.