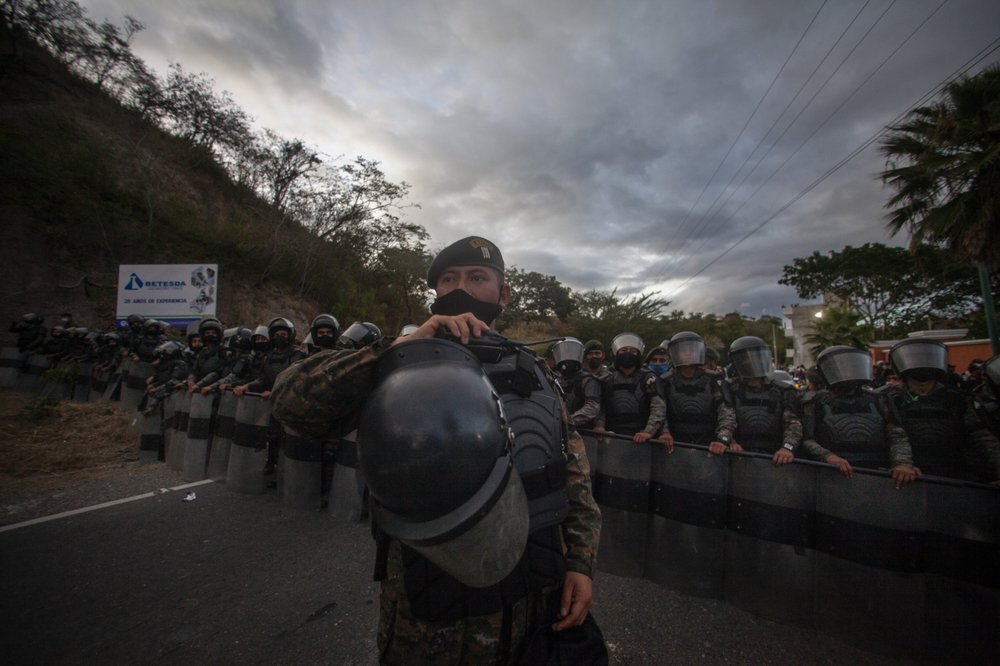 Guatemalan authorities are taking measures to prevent a convoy of thousands of immigrants from Honduras from reaching the US border.

The Associated Press reported that the Guatemalan army was able to block the road to part of the convoy that includes about nine thousand immigrants, close to the place from which they crossed the country’s borders last Friday, despite the government’s deployment of about two thousand army and police personnel there.

The agency stated that soldiers armed with sticks and shields blocked a road in the Chikimula region in order to prevent migrants from continuing their march, while the country’s immigration agency published footage showing clashes between the military and hundreds of migrants.

The army has established dozens of security points along the road, and it may initiate the expulsion of migrants in batches from the country, justifying this by the danger they pose through travel during the Corona pandemic.

Meanwhile, Guatemalan President Alejandro Giamatti asked the Honduran authorities to prevent the “mass withdrawal of its citizens”, and described the caravan’s entry into his country’s lands a breach of sovereignty, calling on the governments of Central American countries to take steps to avoid exposing their citizens to danger in the emergency epidemic conditions.

The migrants hope to cross Guatemala, enter Mexico, and then reach and cross the US border in search of a better life, but the governments of the region have made clear that they do not intend to allow them to achieve this goal.