Gulf weather .. rain in Saudi Arabia and Bahrain, and cloudy in the Emirates and Kuwait 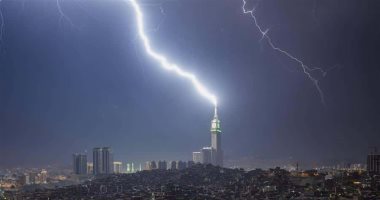 The Gulf region is witnessing a significant drop in temperatures. Today it is expected that the sky will be partly cloudy to cloudy with a chance of rain that may be thunderstorms in parts of Saudi Arabia, and in the UAE it has awakened to partly cloudy, while in Bahrain it will be fog with a chance of light rain.

The National Center of Meteorology predicted in its weather report for today a partly cloudy to cloudy sky with a chance of rain that may be thunderstorms in parts of the regions of Jizan, Asir Al-Baha, Makkah Al-Mukarramah, Al-Madinah Al-Munawwarah as well as on parts of the regions of Riyadh, Qassim, Hail, as expected Fog formed during the night and early morning periods in the north and east of the kingdom.

The National Center of Meteorology expected that the weather will be fair to partly cloudy and sometimes cloudy in the east, and humid at night and on Friday morning, with the possibility of fog or light fog forming in some interior areas, and the winds are light to moderate speed and the winds will be northeasterly to northwesterly 15-25 up to 35 How many o.

The Meteorological Department at the Ministry of Transportation and Communications stated that the weather for this day, Friday, in the Kingdom of Bahrain will be light fog in some areas at the beginning and partly cloudy with a chance of light rain during the day.

Moderate and partly cloudy, with variable directional to northwest, light to moderate, speed 06 – 26 km per hour, with chance of scattered light rain .

Cold and partly cloudy, with light directional winds, with a speed of 6-20 km per hour, with a chance for light rain.

Case of UK coronavirus strain detected in Florida, US