A huge python has given a family a massive shock after it appeared from the bonnet of their car in the middle of the night.

Nerida Bedwell was driving her ten-year-old daughter and 15-year-old niece on the Kennedy Highway north of Cairns when the snake popped out.

Ms Bedwell said they began to panic after seeing the reptile but couldn’t stop on the narrow winding road. 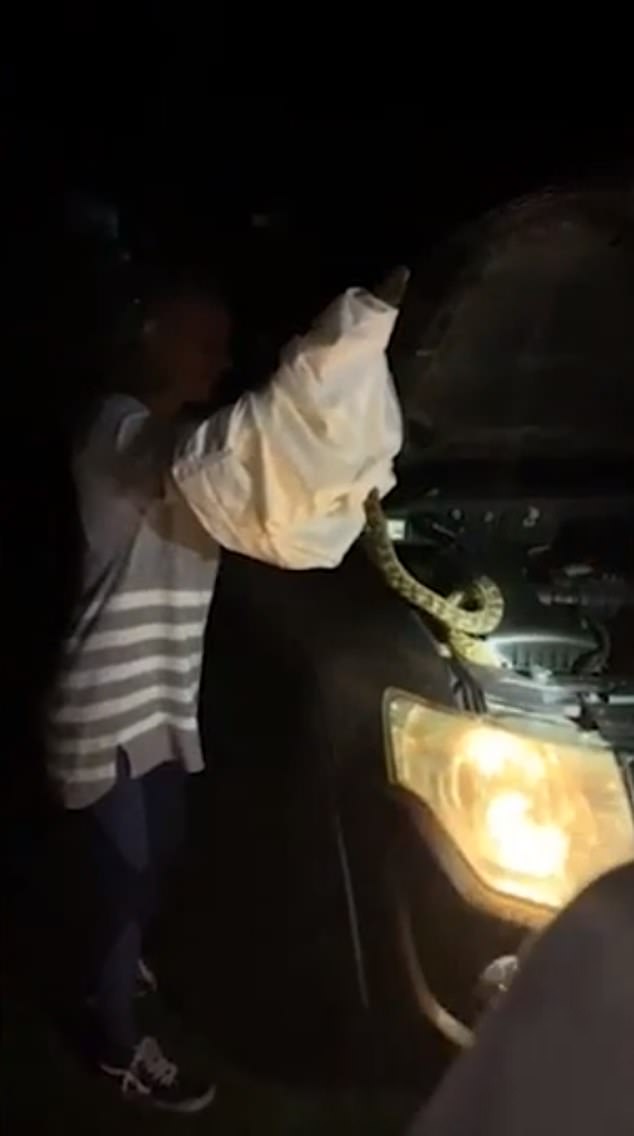 ‘We were all very freaked out,’ she told the Cairns Post.

‘My older niece in the (front seat) jumped in the back of the car.’

The snake was identified as a scrub or amethystine python and was estimated to be about two metres long once it was removed from the bonnet.

Ms Bedwel, who is terrified of snakes, said the python kept disappearing from the front of the car.

‘Snakes are my biggest fear, I hate them,’ she confessed.

‘I don’t know what was better, if it disappeared (or not) because I didn’t know where it was, it was a giant thing.’

Her efforts to dislodge the snake by sharply breaking failed so they drove to a friend’s house so they could help remove the unwanted hitchhiker.

Her friend safely removed the python and placed it into a pillow case before releasing it. 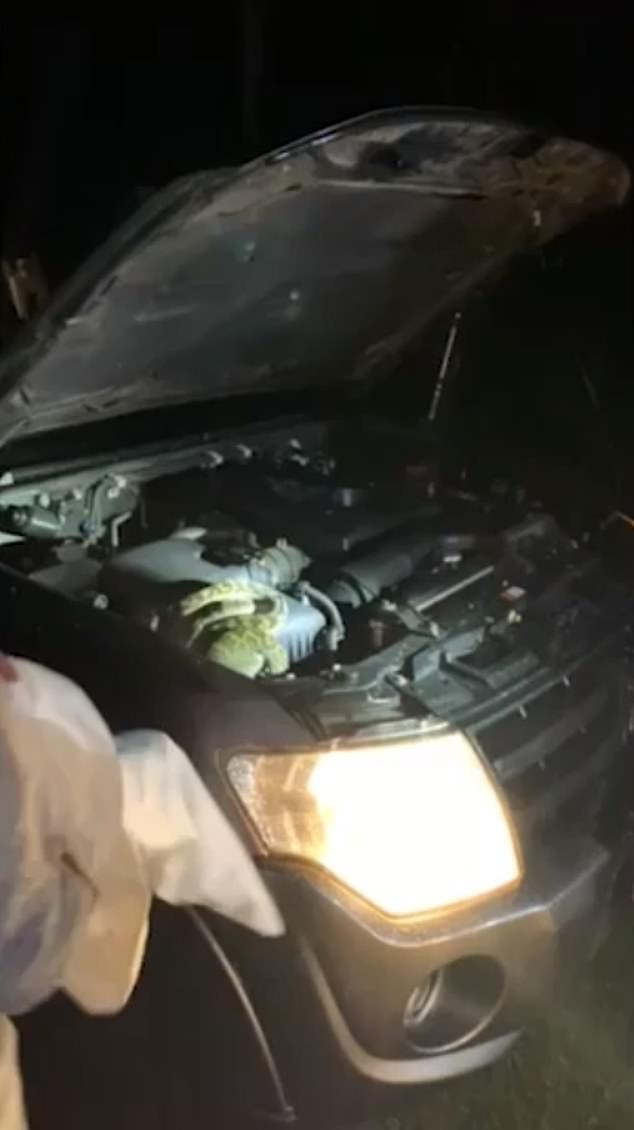 WHAT IS A SCRUB PYTHON

The Scrub Python is also known as the Amethystine Python and is found in Indonesia, Papua New Guinea and Australia

It is the largest native Australia snake and is usually considered large at five metres but has been known to be measured at more than 8.5 metres

Their diet usually consists of birds, bats, rats, possums and other small mammals

IRA commander ‘killed 15 British soldiers’ before he was allegedly murdered