You know, it’s one thing quietly viewing yourself as a messiah among men; a great sage and trusted elder who need only throw a bit of deep thinking at the world’s problems to come up with a whole series of sensible solutions.

But when you go around giving serious television interviews with hair so long you look like an old timer who’s lost his surfboard, it’s time for the scissors to come out. I’m talking to you, Mr Blair.

Yes, I know, we’re not that long out of lockdown when haircuts by anyone other than your other half were illegal.

Many people sensibly took the safest option and simply let it grow, knowing their stylist would eventually sort it out for them.

And good on Mr Blair for sticking to the rules, because we all know someone who didn’t, their hairstyle magically keeping its shape for three long months. 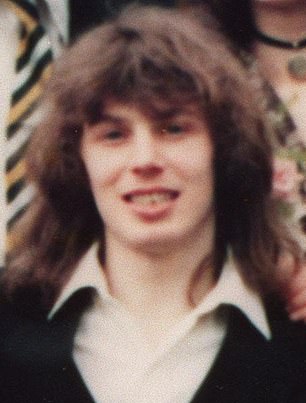 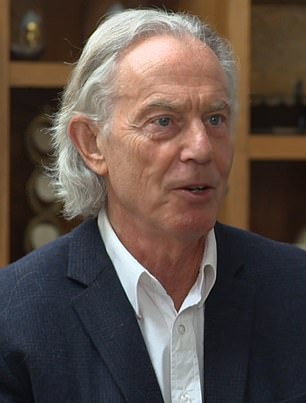 Tony Blair pictured during his time at Oxford University at the age of 22, letting it all hang down (left) and now, aged 67, with his lengthy lockdown look (right)

But come on, Tony, our salons have been open for almost three weeks now. However busy we hairdressers are, you’re not telling me that the former Prime Minister couldn’t have bagged himself an appointment with one of us and got that unruly mop sorted out.

Of course, he could — he just chose not to even try. Why? Because, I imagine, he thinks he looks really rather good.

Like some elder statesman who has loftier things to worry about than getting a haircut.

No longer top dog at Westminster, but projecting himself as first among equals nonetheless.

But he doesn’t look good. He looks awful. As soon as I saw this latest picture of Tony Blair, flowing grey mullet grazing his shoulders, I was horrified. He reminded me of the late comedian Max Wall, looking slightly deranged as he did that daft walk around the stage that he was so famous for.

But here’s the thing: I don’t think Tony Blair cares what I think, or anyone else for that matter. When he looks in the mirror I’m certain he sees the same image that screams ‘ageing rock star’ as we do — the only difference is that while we think ‘oh dear’, he thinks ‘oh yeah’. 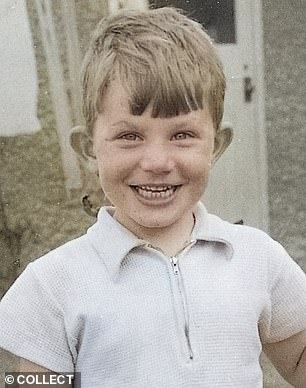 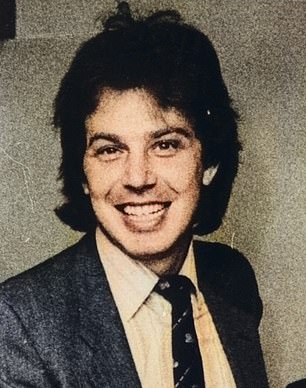 Short back and sides, aged five (pictured left), and the ex-Prime Minister with his hair apparent in the seventies (right) 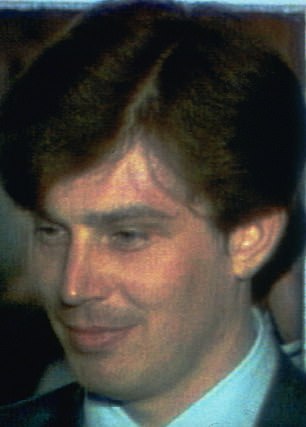 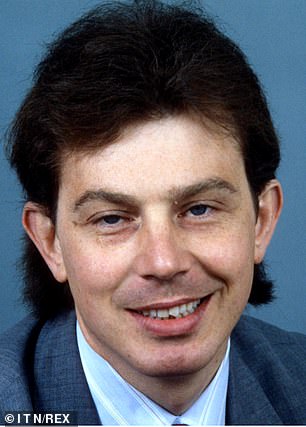 To me, a man, whatever his age, who decides to grow their hair long is throwing caution to the wind. They’re saying, this is me — I am who I am and I’m done with conforming.

Let’s be honest, though, whatever you think of the man’s politics, you have to be pretty churlish not to agree that Tony has always been a good-looking bloke.

His hair, especially when he was younger, was always that bit longer than his peers — and he always carried it off. At Oxford University he had a long, thick mullet; as his political career took off it got shorter, but remnants of the long-haired look of his youth always remained. Plenty of men envied him being able to carry that off. Now, as he approaches his 70s (he’s 67 now), Tony seems to be hankering for the hirsute freedoms of his 20s.

Lockdown must have felt like the perfect opportunity to let it all grow. He’s certainly far from the first person to face me in the mirror these past three weeks with hair that wouldn’t look out of place on a desert island. 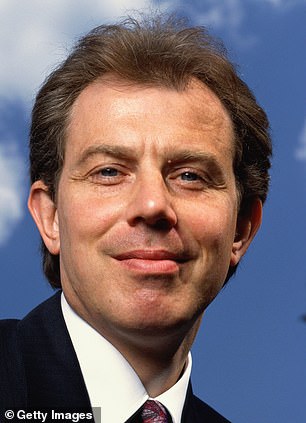 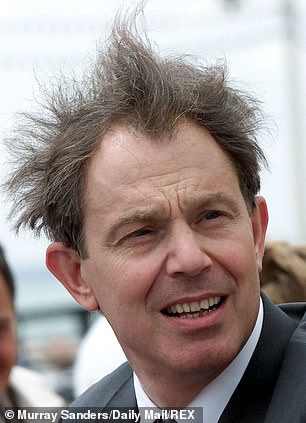 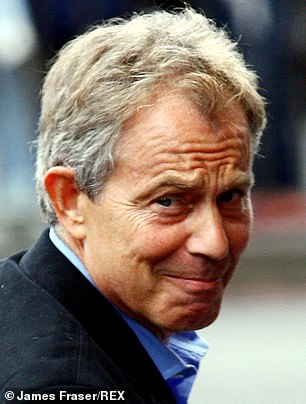 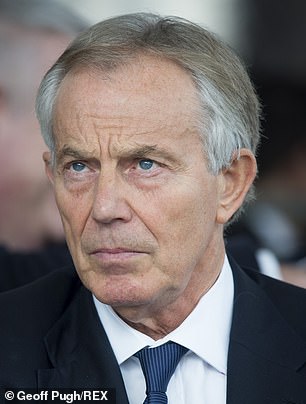 The big difference being that, even if they wanted to keep some length, my clients have all been desperate for me to create order and give them back some style.

Which is precisely what I’d do if Tony sat down in my chair. I’d take all that weight out of the back, layer it into his neck but leave him plenty of length on top. It would look good.

But what I’d really want to do is give a sharp, short cut, which I’m certain would take him much further towards his handsome younger self. Instead, he’s walking around with the kind of long hair that people immediately associate with larger-than-life characters such as the late Peter Stringfellow or Richard Branson. Who knows, maybe that’s the direction our former leader plans to take.

This hairstyle might just be his unconscious declaration of the beginning of a far more colourful chapter in his life.

AMANDA PLATELL: No, leave it – I want to run my fingers through it! 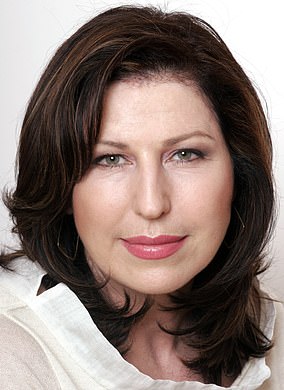 I admit it. I’ve always had a bit of a crush on Tony Blair. There was always something about the twinkle in those blue eyes. And let’s face it, he was always fit.

Maybe that’s why I wasn’t very kind about Cherie in the past. Just jealousy, I guess. And while others may be horrified by his new thick mane of grey hair tumbling almost to his shoulders, it’s enough to make me want to run my fingers through it. It gives him a bizarre air of both nonchalance and gravitas, as if to say, I don’t care about superficial things like haircuts, I’m busy bringing peace to the world.

Perhaps it appeals more to women of a certain age — I’m four years younger than Blair — but to me, his new look is damned hot.

If only more men realised how great they looked with longer hair. I’ve despaired recently encountering male friends who went wild and untamed through the pandemic only to have reverted back to nondescript office job haircuts as soon as the salons re-opened. Bumping into my dentist during the second lockdown, his hair was below shoulder length, a perfect speckled grey and very sexy.

My first appointment back with him a few weeks ago, and something inside me died at the sight of him with it all cut off. What a sin as he, like Blair, looked so much more manly with longer hair.

My own brother Cameron let his hair grow wild and curly as he approached his 60th birthday and it’s magnificent.

Of course, the look won’t work on all men. Blair has great cheekbones, a commanding forehead and then there are those dazzling lapis lazuli eyes. Plus, he has no double chin.

And at 67, he’s still young enough not to have grown old man’s ears so the locks tuck neatly behind them.

My only advice now? Get those broken, yellowing teeth fixed.

With hair like that, you’d need a sexy smile to match.