More than 525,000 jobs are at risk in the business events and conference industry after companies warned they might not survive beyond next spring.

Bosses in the £84billion sector said restrictions on trade shows meant the industry missed out on business in between lockdowns and asked the Government to provide a timeline for restarting events.

Simon Hughes, British Visits and Events Partnership chairman, said: ‘We need to get these numbers of large-scale visitors coming back to the UK. 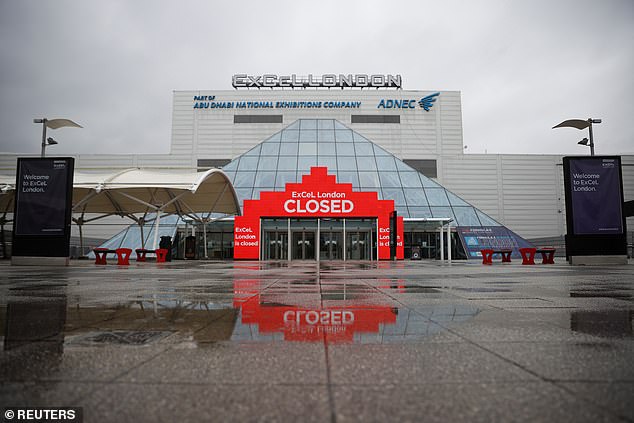 Three in four businesses in the events industry said they could go bust by spring. Pictured: The Excel Centre in London that last year attracted 1million international visitors and generated an estimated £4.5billion for the UK economy

Around three in four businesses in the events industry said they could go bust by next spring – putting around 525,000 jobs at risk.

They say harsh restrictions on trade shows meant the industry missed out on key business in between lockdowns, when other developed countries including Germany gave the green-light to conferences.

Although the second lockdown means gatherings will be out of the question until December, the industry argues it is now losing out on long-term bookings.

This would be to kick-starting a recovery – but is being held back because the Government has not laid out any kind of roadmap for reopening once the current restrictions are relaxed.

Since March 845 major exhibitions have been cancelled – which amounts to a staggering £8.6billion of money lost to the UK economy.

The Events Industry Board believe the UK will lose out on £31billion in spending from business travellers if events do not restart by the middle of 2021.

At the moment, around three in four businesses in the events and trade show industry believe they could go bust by next spring.

This would put around 525,000 jobs at risk in the 774,000-strong sector, which includes roles ranging from events planning and security to high-skilled lighting and sound technicians.

Around 170,000 jobs could go almost immediately when the furlough scheme ends in March.

Mr Hughes said: ‘There is no doubt we are losing business to European competitors and the global industry – in places like Singapore.

‘If you’re a major brand, a Covid-secure nation that can offer you quite a lot of assistance financially to get it going, you can understand why they might decide to take it to Singapore or China.’

He added: ‘We’re seeing British production teams in go to work at events in China, we’ve got really great creative teams and they’re going to go where the work is.’

The We Create Experiences campaign has also called on the Government for financial support, including offering businesses grants.

But it also says a Government-backed indemnity insurance scheme could be crucial to reviving the sector – because it would mean companies would be protected if an event was cancelled because of Covid.

This would make them more comfortable making bookings far in advance, the campaign said.

Jeremy Rees, chief executive of the Excel Centre in London, said: ‘I’m wholly sympathetic to the fact that there’s a health imperative, but I do hope that we can use the next few weeks to plan the reopening because jobs in our sector are on a cliff-edge.’

Events hosted at the Excel last year attracted 1million international visitors and generated an estimated £4.5billion for the UK economy. 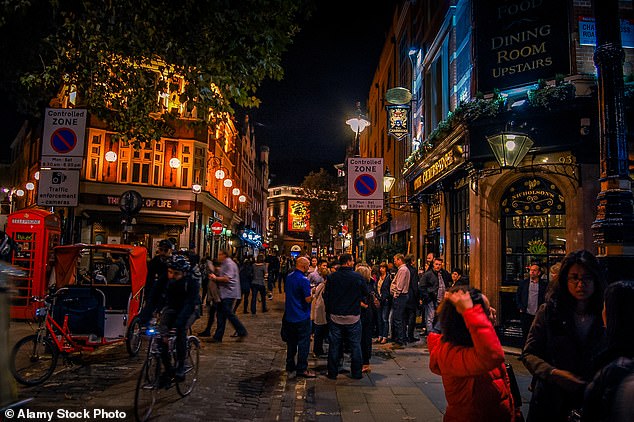 Simon Hughes, British Visits and Events Partnership chairman, said: ‘We need to get these numbers of large-scale visitors coming back to the UK. They don’t just fuel events – they fuel hotels, taxis, restaurants, bars and theatres.’

Mr Rees added that the Government ‘could, and should’ use the industry as a ‘case study’.

He said: ‘We can track and trace every single person who comes into the venue. It’s a hygienic and safe environment, we can ensure the trade events are socially distanced and the entire place could be sterilised every night.

‘It’s quite a curated experience because we know where the stands are and know who’s coming, we can invite people at a particular time, can stagger this if needed.

‘In other countries exhibitions are just classed as business meetings.’

‘We have to do that in all of our events – we’re world-class at doing registration systems, applying new technologies such as biosecurity is something we can do.

‘We could also easily build in touch-free registration, digital signage and technology and flow control.

‘The UK event industry is world-class when it comes to health and safety security.’

He added: ‘The knowledge exchange often isn’t the core purpose of the event – it’s the accidental conversation, meeting somebody, the networking is hugely important.’

EVERYTHING you need to know about Pfizer’s Covid-19 vaccine

RT Anxiety in Britain after the mysterious disappearance of the "Queen of Crows" from the Tower...