Hamout is close.. The little girl, Marina, predicts her death.

With the innocence of the children, the little girl, Marina, felt that her days in the world were numbered and that death became close to her and their hands at any moment, and indeed her prophecy was fulfilled and her soul ascended to heaven, about 3 months after writing this letter, in which her mother recommended not to wear black after her death and to distribute biscuits And scratching her soul. 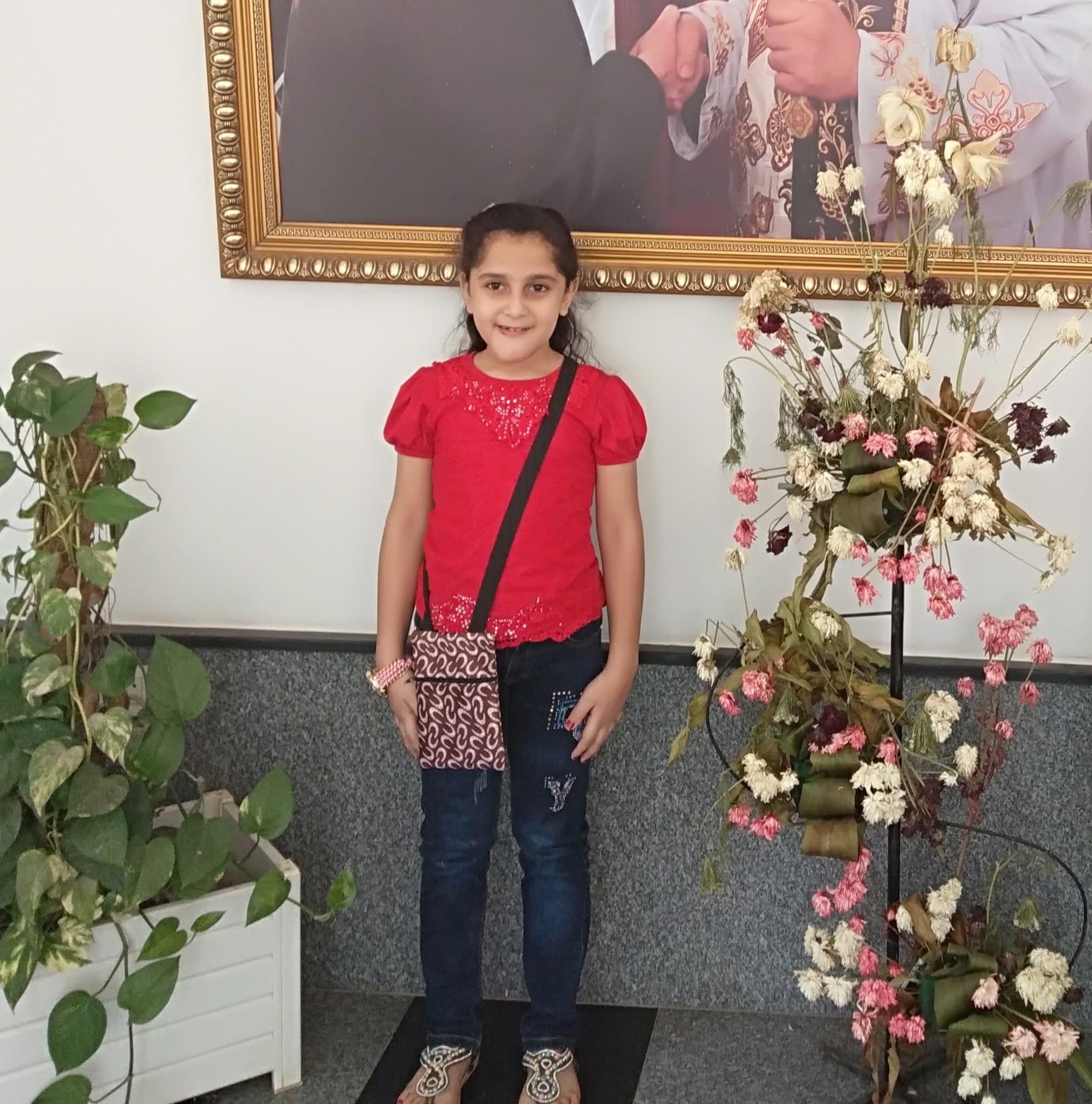 The message of the 13-year-old girl, Marina, was widely circulated on social media platforms, especially Facebook, and caused a state of sadness among the pioneers of these sites, especially since her words were influential. 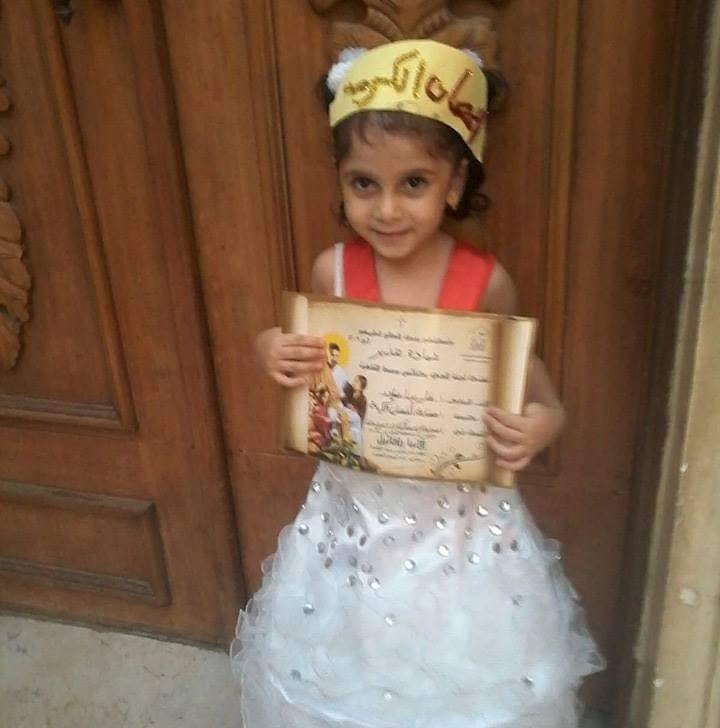 Marina said in her will, and her letter, which appears to have been directed to her mother, and she wrote on 6/6/2021: “I am Marina.. I am dying very close, I am sure.. in a voice you say I am dying soon and I feel it, when I die, you wash me and no one sees me.” Not Sameh, Majed, and you and Baba wear me, and no one else wears me.” 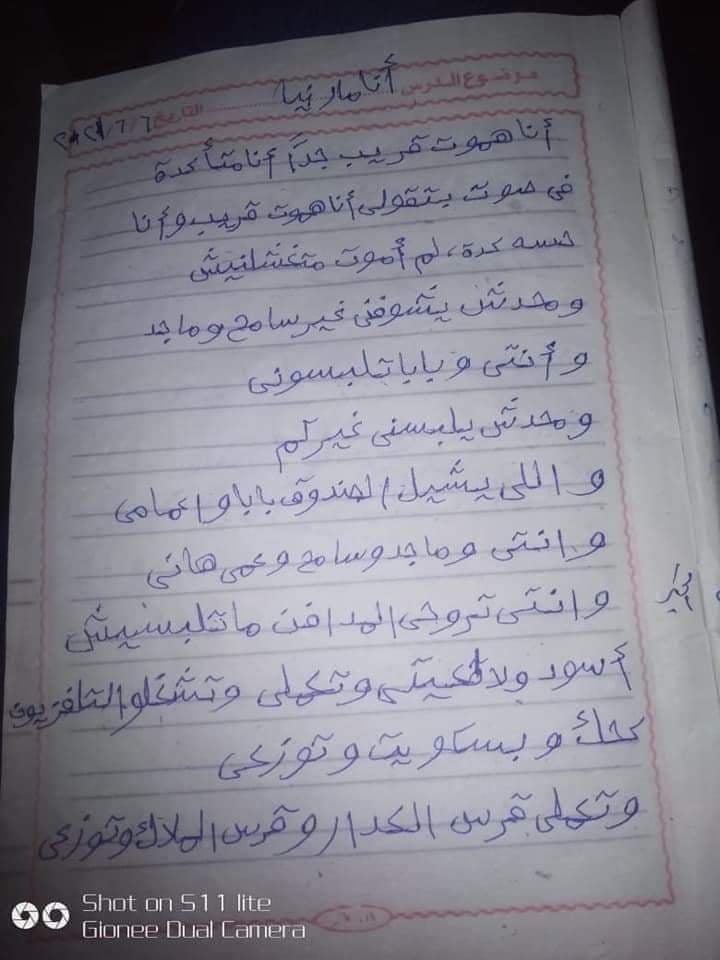 Marina’s letter and will

And the child Marina added in her message: “Baba, my uncles, Ante, Majed, Sameh, and Uncle Hani are the ones who remove the box, and you go to the cemetery, don’t wear black, don’t give or work, turn on the TV, answer cakes and biscuits, distribute and make a pill of fate and a disk of angel and distribute.” 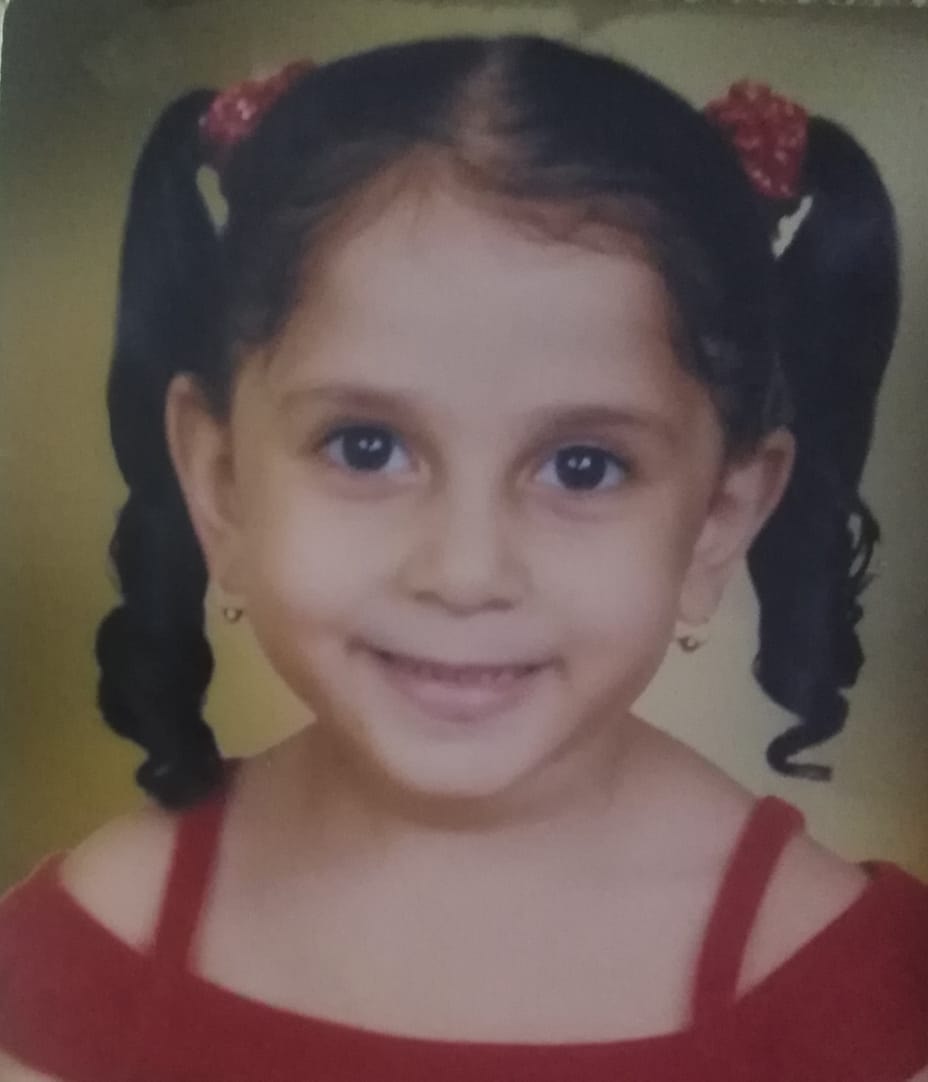 Marina in her childhood

Marina’s message cried her family members, who expressed their deep sorrow for her loss and death, as her brother Majed said, through his account on Facebook: “Every sweet thing in the world went, the most beautiful laugh, the most beautiful blessing in the world, seriously, saint, you were an angel, meet him.” Your cross is with thanks and love, and it was a very heavy cross, but our Lord did not try anyone, no.. you were an angel living with us, we did not deserve you, saint, you worked with him so much, you made us good to each other when there were problems between me and Sameh, you were kind to us and you said Your right is me. It was the most beautiful hug in my life when you hugged me. Your separation broke our hearts. Seriously, we did not deserve a great blessing like you, saint. You were my daughter and sister, goodbye, saint. Remember us before the throne of grace. 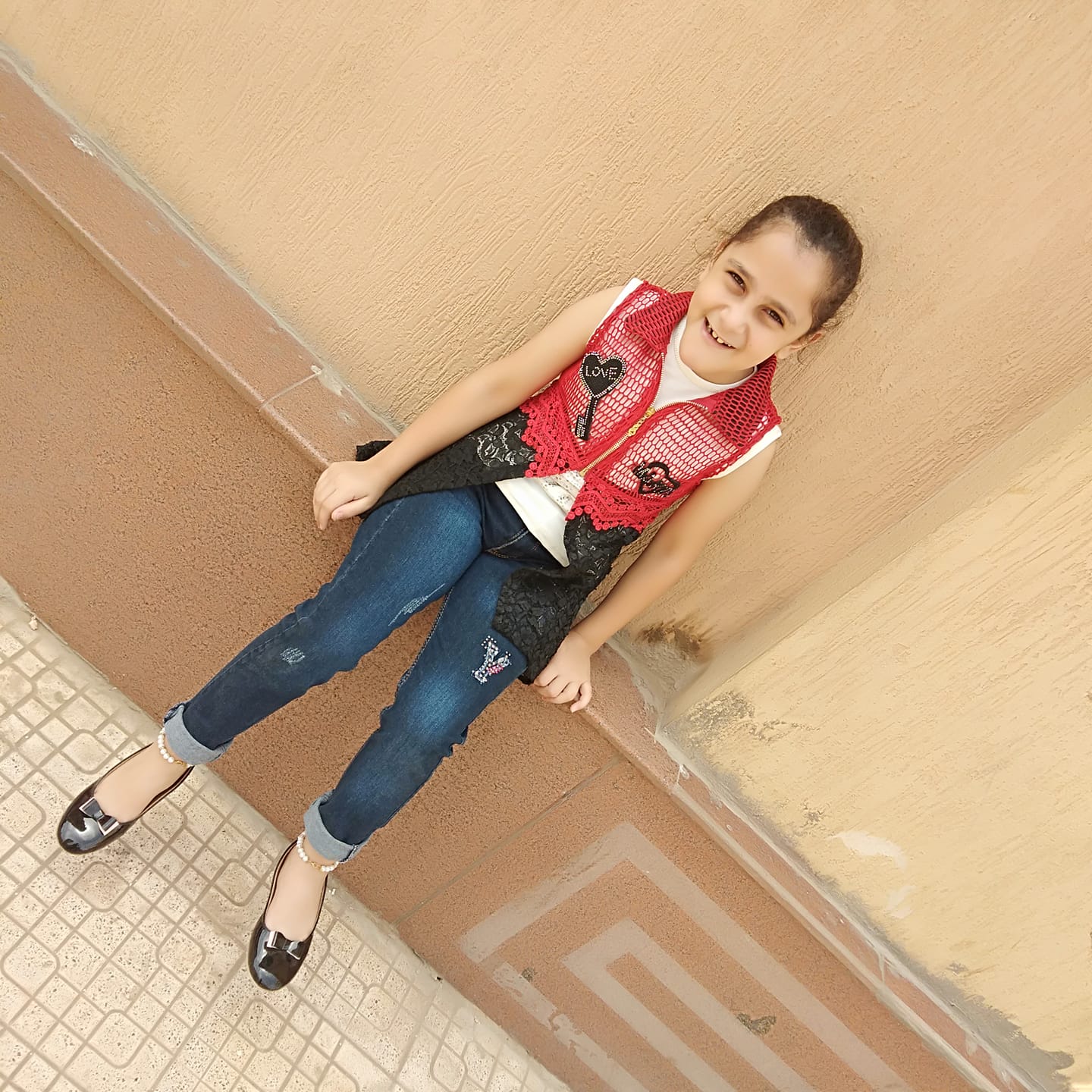 As for her brother Sameh, he said: “I walked and sat for him, I know that you are in a very beautiful place, but you broke me and my heart hurt for you. You were an angel living in the middle. You were my father, mother, brother and daughter. There is no need to go back like the first, and it is better also that you were my sister, you were my daughter and my companion, why did my heart hurt for you, your separation is difficult for us, my daughter, but I am sure that you are our intercessor in heaven, remember us before the throne of grace, saint. “ 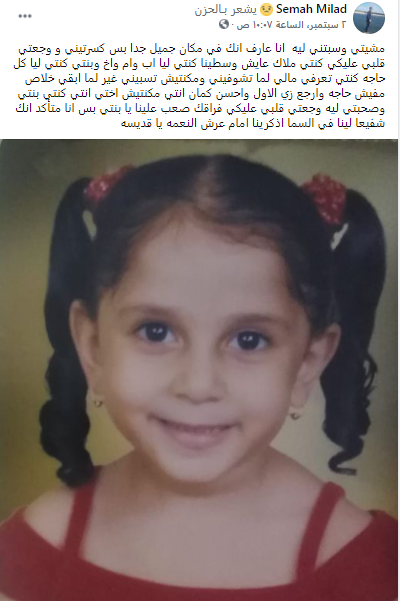 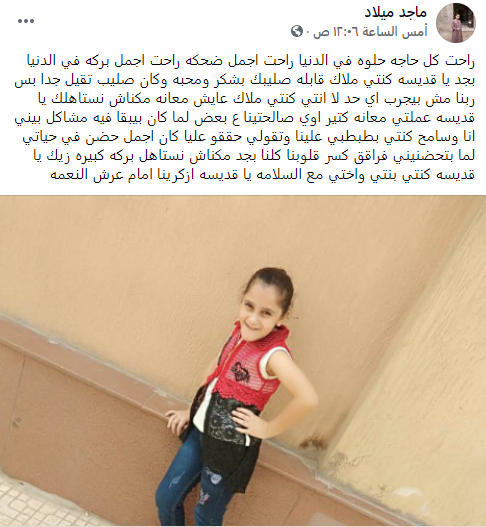 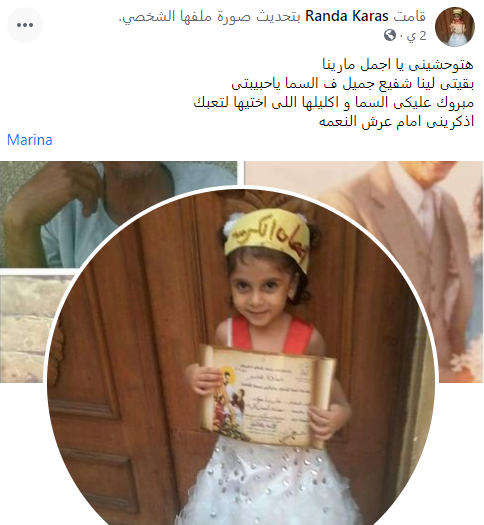