A bilingual volunteer police officer who was sacked for using the word ‘pikey’ in a WhatsApp message to a colleague lost an appeal against his dismissal today.

Former chief special officer Tom Haye was dismissed by Hampshire Constabulary in February 2021 after he was found guilty of gross misconduct after sending the message.

The Hampshire Constabulary officer had been chatting to a colleague who was house-sitting for him in May 2018 whilst he was in America when he sent a WhatsApp reading: ‘Keep the pikeys out’.

The veteran officer was fired for gross misconduct after he used the slur, which is considered derogatory towards Romany Gypsies and members of the Irish Traveller community.

He said because he is a bilingual national of the Netherlands he had tried to use an English version of the word ‘pikken’, meaning steal in Dutch, and meant no offence.

He argued that he meant to refer to ‘thieves as pikeys, not travellers’.

Edmund Gritt, representing Mr Haye, said he had given ‘thousands of hours’ of unpaid work by volunteering as a special officer for some 30 years.

Rachel Crasnow QC, chairwoman of the Police Appeals Tribunal, told the remote hearing that Mr Haye had sent the message in 2018 after ‘he and others had been victims of rural crimes’. 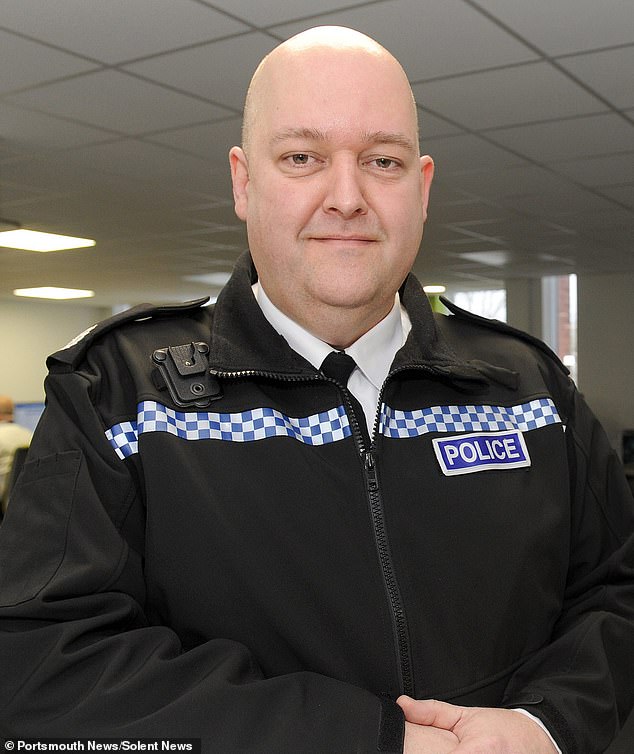 Chief Special Officer Tom Haye (pictured) was fired for gross misconduct after he used the slur ‘pikeys’, which is considered derogatory towards Romany Gypsies and members of the Irish Traveller community

She said: ‘The appellant accepted he sent the message but argued it amounted to misconduct only.’

He had launched an appeal against the decision today and argued he should not have been sacked as he ‘does not have a racist mindset’ and was in a rush when he sent the message.

Announcing her decision, Ms Crasnow said: ‘The appeal will fail. We have reached the view that we are not entitled to interfere with the chief constable’s decision.

‘This is because the chief constable reached a reasonable decision taking into account that this was a single incident.

‘She didn’t hear evidence from the appellant that his use of language was a slip or accident nor did she hear submissions about whether the appellant had a racist mindset.’

Charles Apthorp, representing the force, said: ‘The use of this type of language is utterly inappropriate and casts a very long shadow over the reputation of Hampshire Constabulary.’

He added that to allow Mr Haye to continue in his role would ‘send a message that it’s acceptable in a senior level of management to use racist language in Hampshire Constabulary’.

Edmund Gritt, representing Mr Haye, argued that his client should not have been dismissed unless it had been proven that the use of the word was not just an ‘aberration’ and that he actually had a ‘racist mindset’. 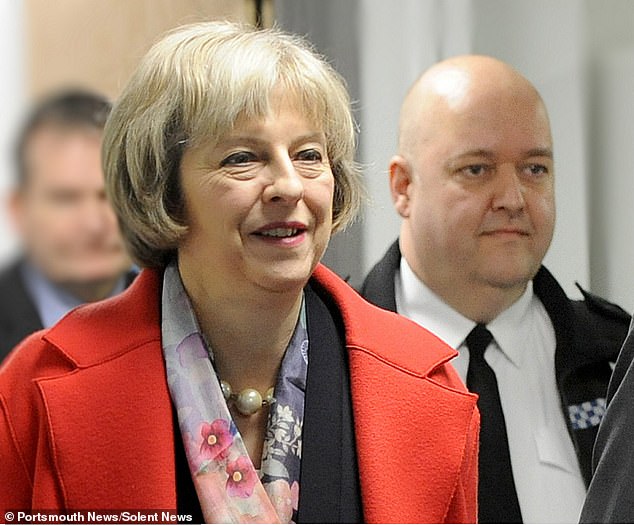 Mr Gritt said that Mr Haye’s use of the word had not been ‘deliberate’, but had been ‘reckless and unconscious’.

He said: ‘If he has a racist mindset the public would demand dismissal whether he was a chief officer or a special constable.

‘But if they know the fact that this is only a one-off aberration of a man who doesn’t have a racist mindset, a single use of the word and there is nothing concerning about his mindset, then the public would not expect dismissal and they must be concerned that dismissal is an unnecessary and harsh outcome.’

The hearing was told that Mr Haye had argued that he accepted that the use of the word could be interpreted as ‘discriminatory but not racist’.

Mr Gritt said the dismissal of Hampshire Police’s most senior special officer for a ‘one-off slip’ was ‘unnecessary’ because there is no evidence he has racist views. 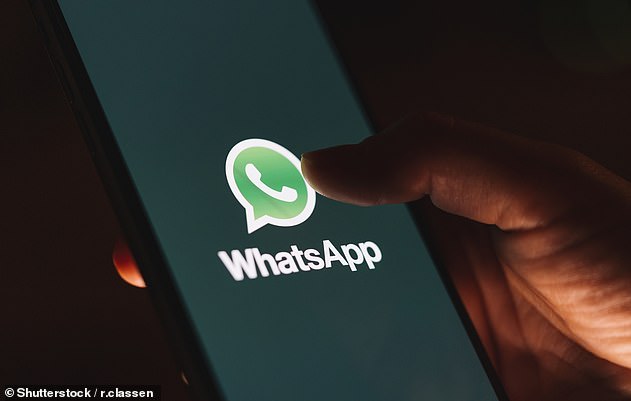 He said: ‘This is a man who has had 30 years of voluntary service for the police and there has been a slip on a single occasion.

‘He used a word he should not have used, but that slip is not one that so damages his position that dismissal is a reasonable outcome.

‘In speech, we can all make mistakes and slips and use a word we would not customarily use.

‘Does that shine a light to suggest that there are concerns that particular groups would be treated any less fairly by that officer? That is the question.

Who are special constables and what do they do?

Special constables are volunteer police who have the same police powers and equipment as regular Police Officers.

The special officers take on the role on a voluntary basis and will often have other day jobs which they fit around their police duties.

Officers will not get paid for their work but are reimbursed for any expenses.

In order to become a special constable you must be a British, Commonwealth, European Economic Area (EEA) citizen, not have a criminal record and have resided in the UK for a continuous period of three years.

You are also required to reach certain medical and fitness standards.

‘If [Mr Haye] has a racist mindset he should be dismissed.

‘But if [the public] know that this is a one-off from a man who does not have a racist mindset or racist views, then the public would not expect dismissal and might be concerned that dismissal is an unnecessary outcome.’

Haye, who was the most senior Special officer in the force and in charge of more than 100 Specials, also claimed he was rushed at the time of sending the message.

Mr Gritt explained Mr Haye was in the American capital of Washington DC when he sent the WhatsApp message, and was frantically ‘packing’ a hire car in preparation of a four-hour journey to North Carolina.

Mr Gritt added: ‘He [Mr Haye] was picking up a rental car at the airport for a four-hour trip to North Carolina.

‘Speaking in the previous tribunal hearing, Mr Haye said: ‘I was chucking bags in the car and wanted to get the text out that it was ok for [my colleague] to stay at my house. It was very quick’.

‘We will be aware of the instant, rapid speed at which messages are sent – it is not quite the spoken word but it is getting closer to that.’

Mr Haye, who also works in IT, had earlier blamed his use of the offensive word on the fact he was bilingual and ‘didn’t properly think’ about the word’s context in English.

He said: ‘I would like to apologise for any offence given by this term.

‘I am a bilingual Dutch national and, in haste, I used the term as a direct substitute for the Dutch word to steal – ‘pikken’ – without properly thinking through its derogatory meaning in English. I refute I meant it in any pejorative manner.

‘At the time, there had been burglaries near where I lived. My friend was housesitting while I was away to deter any thieves and this was the context for the conversation.

‘[The decision to dismiss me] is disproportionate to what I did, especially in relation to other much more serious recent offences in Hampshire where police officers were not dismissed.

‘Finally, I take comfort in the fact my friends and family know I am in no way prejudiced against anyone.’

The Science of Slow Aging

The Science of Slow Aging