Hans and Julia Rausing add another £18m to the pot

Hans and Julia Rausing have almost doubled a multi-million-pound fund they set up to help struggling charities during the pandemic.

The couple announced in July they were providing a £10 million ‘lifeline’ for small and medium charities under the Charity Survival Fund. But they have increased this to £18 million due to the ‘quality and quantity’ of applications they received.

The figure is in addition to the £16.5 million emergency funding the philanthropists donated in March and April for other Covid-19 causes, including £1 million for the Mail Force campaign set up by this newspaper to provide PPE to NHS frontline staff. 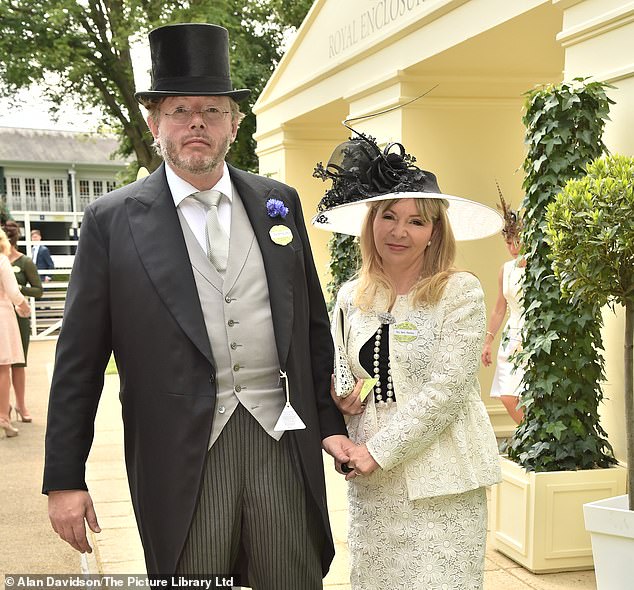 Hans and Julia Rausing, who provided a £10 million ‘lifeline’ for small and medium charities under the Charity Survival Fund this year, have added another £18 million to their fund

It means The Julia and Hans Rausing Trust has handed over an astonishing £34.5 million since the start of the outbreak.

Mr Rausing, 57, whose Swedish grandfather Ruben founded food packaging firm Tetra Pak, and his art expert wife said: ‘We were overwhelmed by both the quality and quantity of applications we received for the Charity Survival Fund.

‘It highlighted to us the perilous state that so many amazing charities have found themselves in due to the loss of day-to-day income caused by the coronavirus pandemic.

‘It is because of this need that we increased the funding available through the Charity Survival Fund to £18 million and we are pleased that this funding will enable so many extraordinary charities to continue their excellent work and support their local communities at this difficult time.

‘We would like to thank every organisation that applied and we hope the Charity Survival Fund will encourage others to support charities in need.’ The fund is targeted at organisations that have lost vital income due to the pandemic.

Fundraising events have been cancelled, high street shops have closed and those that reopened have suffered a slump in takings due to problems including social distancing.

Up to 200 charities throughout the UK were due to be supported under the original scheme. 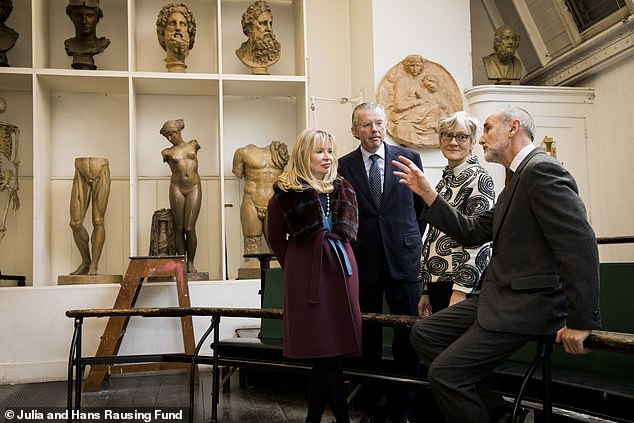 The couple donated a £16.5 million emergency fund in March and April for other Covid-19 causes 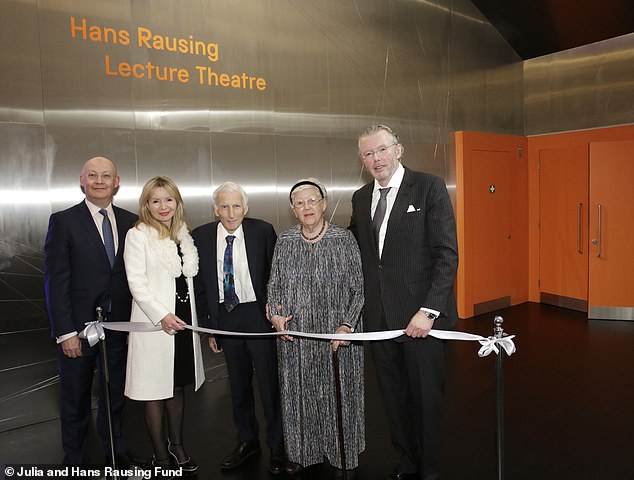 The latest donation means The Julia and Hans Rausing Trust has handed over an astonishing £34.5 million since the start of the outbreak

They include Candlelighters, which supports children facing cancer across Yorkshire, from the point of diagnosis to helping bereaved families.

Chief executive Emily Wragg said: ‘We have seen a huge gap in funding due to the devastating impact of Covid-19, with mass participation event cancellations and a severe drop in community and corporate fundraising.

‘This incredible gift from The Julia and Hans Rausing Trust will help keep our candle burning so we can continue to bring light to families in the darkest of times.’

Another beneficiary is Fresh Start Portslade in Brighton, which converted a disused park toilet into a café, running youth work training and other local community projects.

Project worker John Shepherd said the funding from the café, which provided much of its operating surplus, was ‘wiped out’.

He added: ‘The funding from Julia and Hans Rausing will fill this void, allowing us to continue our work.’

The latest donation means Mr and Mrs Rausing, who were already among Britain’s most generous philanthropists, have provided over 800 grants totalling more than £230 million through their trust.

Back in April, the Government announced a £750 million bailout fund for the voluntary sector. But this left a huge shortfall as research showed billions had been wiped out from charities’ incomes.

Research by the Charities Aid Foundation suggested further devastation, with almost one in three charities going under within 12 months if the crisis continued.