Happy 39th birthday, Wills! Queen shares sweet family snaps as she leads tributes to her grandson – a day after his Father’s Day outing with George and Charlotte

The Queen has led the royal well-wishes for her grandson Prince William as he celebrates his 39th birthday today.

In candid throwback snaps shared to the official Royal Family Instagram page, the Duke of Cambridge could be seen beaming alongside his wife the Duchess, 39, and their three children at Trooping the Colour in 2019.

Other images posted included Kate and William sharing a laugh at a recent visit to Edinburgh, and were shared along with the message: ‘Wishing The Duke of Cambridge a very Happy Birthday.’ 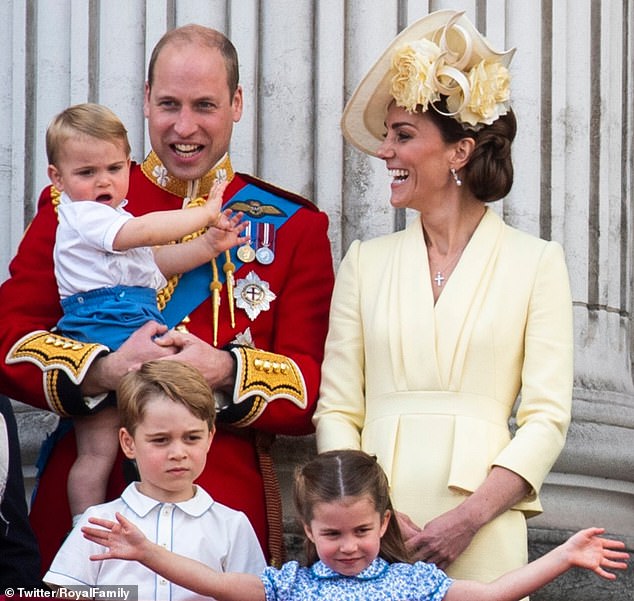 The Queen, 95, has led the royal well-wishes for her grandson Prince William as he celebrates his 39th birthday today

Yesterday, the Duke of Cambridge spent Father’s Day with his two eldest children as they helped him kick off a half marathon event on the Queen‘s Sandringham Estate.

Prince William was joined by George and Charlotte at the beginning of the event in Sandringham, Norfolk.

Dressed casually in a pale blue shirt and a pair of navy chinos, the proud father addressed runners and then held the microphone down to the two children so that they could count down to the start of the race together.

The royal trio were then seen waving as enthusiastic competitors passed them by at the beginning of their 13.1 mile circuit. 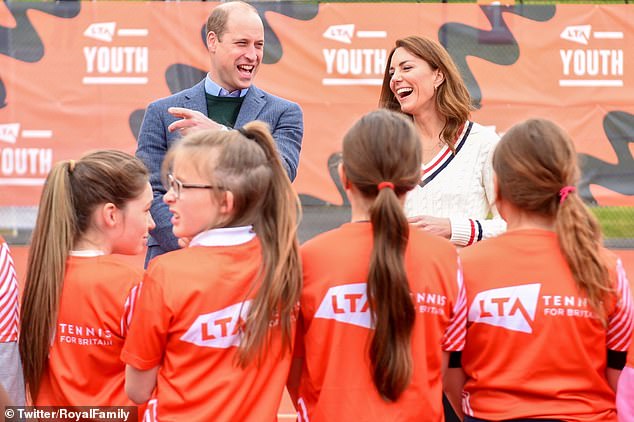 The images were shared along with the message: ‘Wishing The Duke of Cambridge a very Happy Birthday’

Prince William appeared smiling and relaxed today, despite reports he ‘threw Prince Harry out’ of their joint household at Kensington Palace following a blistering row between the brothers. The clash has been detailed by historian and biographer Robert Lacey, in his book Battle of Brothers which is being serialised in The Times.

Meanwhile the Cambridges also shared a series of photos as part of a video collage to mark Father’s Day – the Royal Family’s first without Prince Philip, who passed away on April 9 aged 99.

One showed a young Prince William with his father and Prince Harry lounging on the grass in 1990. In the childhood snap, Charles sported a kilt with a matching burgundy jumper while the boys embraced him.

Another showed Kate Middleton with her father Michael Middleton on her wedding day in 2011. 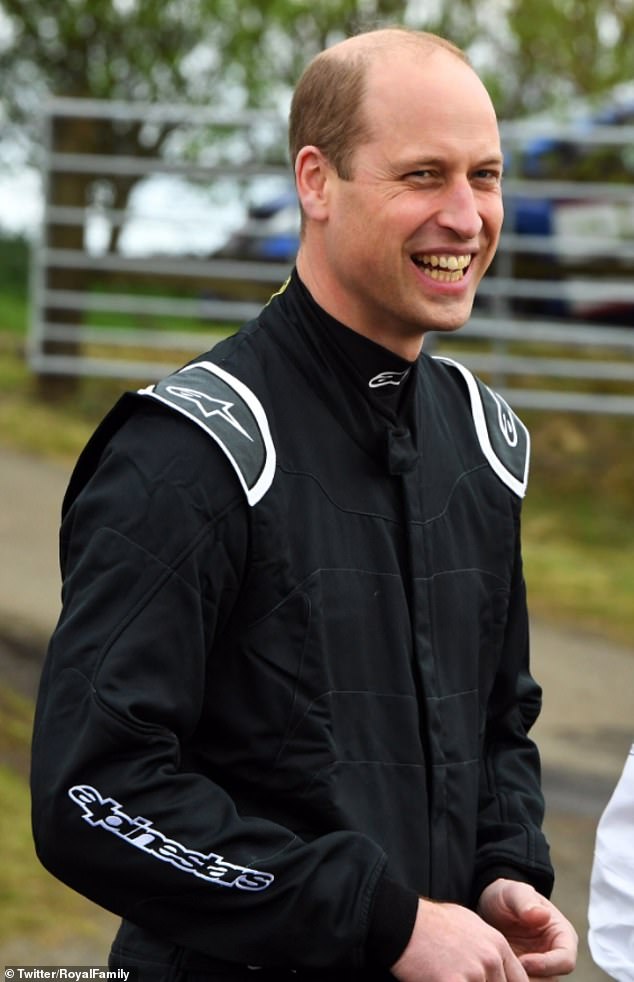 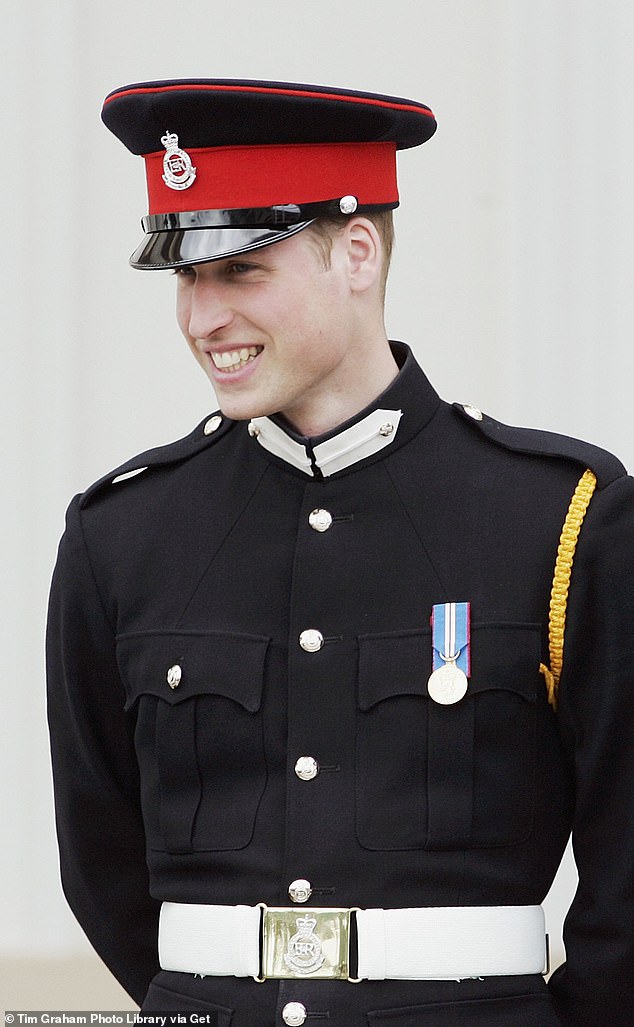 In a touching tribute to his late grandfather, the Duke of Cambridge also shared a snap of his children sitting on a sofa with their grandparents and cousins Mia and Lena Tindall, and Savannah and Isla Phillips.

One last picture showed William being cuddled by Prince George, seven, and Princess Charlotte, six, while wearing his military uniform. He cradled his youngest son, Prince Louis in the adorable snap to celebrate the day.

The argument between the princes was reportedly sparked by Harry’s wife Meghan Markle being accused of bullying her staff at the palace. When William was informed about the ‘dossier of distress’ that had been compiled in relation to her behaviour, he was concerned and had to speak with his brother face to face, resulting in a bitter row which left both princes unhappy with each other and led William to take the decision to split their household.