How on earth did they manage that?

Forget Lazarus, they will need to re-write the old book now to reference this – the greatest comeback in Premiership history, Harlequins 28-0 down at one point but now finalists after raising from not just the dead, but the completely buried, winning after extra time against Bristol.

The facts are that four second-half tries – from Tyrone Green, Louis Lynagh, James Chisholm, and Joe Marchant – extraordinarily meant that at full-time Quins had levelled the scores. 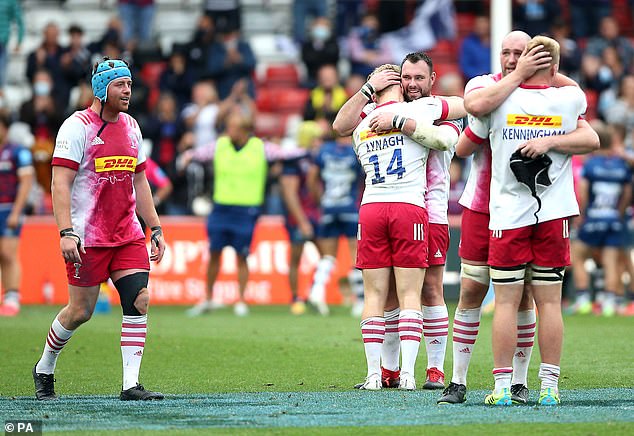 After half an hour they were beaten, Ben Earl, Max Malins – twice – and Luke Morahan all scoring wonderful tries to add to Callum Sheedy’s two penalties, but Alex Dombrandt’s try just before half-time gave Quins the faintest hope of a revival.

Then five minutes into the first half of extra time Green’s second try meant Harlequins would return to Twickenham for their first final since 2012 next week where they will have to do it all again trying win the most unlikely Premiership title.

Crucially it was their sixth of the game, so when Malins had his hat-trick and Bristol’s fifth six minutes from the end Sheedy did not bother lining up the conversion as if the scores stayed level Quins were through on tries scored.

Boos rang around Bristol as Marchant’s second was then allowed in the 104th minute after Wayne Barnes ruled Luke Northmore’s hit on Siale Piutau in the build-up was fair.

As Quins leapt about madly, the Bears were simply flabbergasted it had all happened in front of their eyes.

In the week Quins defence coach Jerry Flannery had joked they would need a sniper to stop the Fijian centre but no red dots would have been able to track Bristol in the opening minutes, so quick were they that before you had time to sip your cider they had almost won the game already.

Two penalties from Sheedy set them on their way before the savagery started. First from a quick lineout Piutau hit the dancefloor and threw some special moves to fox a broken defence; with him in behind and Radradra and Earl outside there was only one outcome. 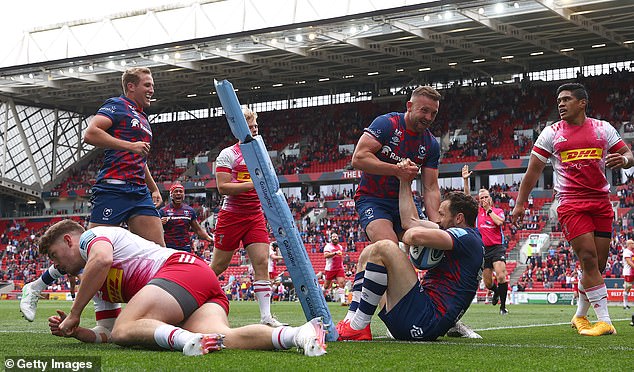 Bristol took a commanding lead at Ashton Gate, at one point being 28-0 in the lead

Earl bundled in to start the party and celebrated with arms outstretched giving it the ‘are you not entertained’ move Russell Crowe made famous in Gladiator – we were when the next one went in.

Sheedy next flung a wide pass to the open side, Nathan Hughes – with a fresh red-tipped haircut – piled on and then Malins snuck round the corner to score with ease.

Saracens – the team Quins last lost to in the semis back in 2014 – were still managing to annoy their London neighbours even when they are not involved, two of their loanees on the board already.

Malins then had a second in the left corner when Hughes broke off the base of a scrum and Quins coming third now in a two-horse race. 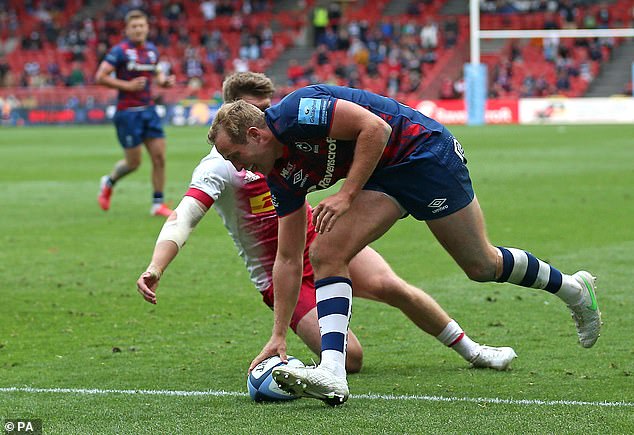 They then made the criminal error of allowing Radradra space in the outside-centre channel off a scrum, he powered on with the pace of his blacked-out Mustang in the carpark, fed Malins who popped to Morahan, the Australian spinning through a turnstile tackle to score Bears’ fourth.

Having missed three conversions Sheedy hit that last one, and Bristol had one foot in their first final.

Bless them, the 500 Harlequins fans kept signing and at last the tiniest glimmer of hope for them came two minutes before half-time as Alex Dombrandt pounced on a loose ball and strode down the wing to beat Malins to the line.

Marcus Smith missed the kick and Quins went into the interval for their dressing down, the Ashton Gate DJ playing thoroughly appropriate tunes for the hosts – from ‘The Greatest Show’ to ‘Born to Run’.

Something someone said at half-time must have registered with Quins as they shot out of the second-half blocks, scoring immediately. 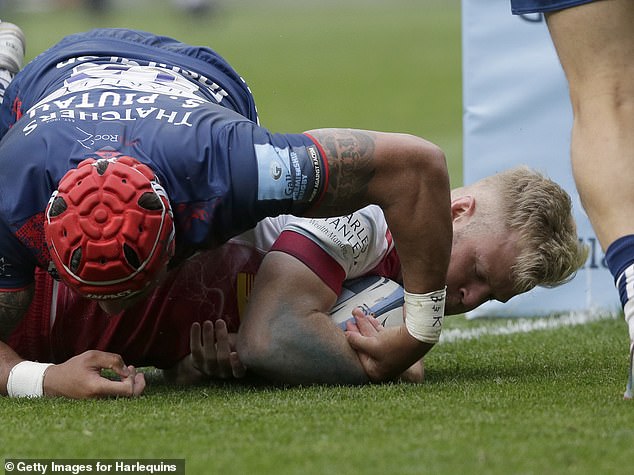 Tyrone Green helped spark the comeback, scoring two tries to get Quins back in the game

Danny Care tapped a penalty quickly in the Bristol 22 and Tyrone Green whacked through, Smith kicking a quick conversion, knowing they would need every second to complete a ridiculous comeback.

Competing chants of ‘You’ve not seen nothing like the mighty Quins’ and ‘Bristol, Bristol’ whipped around the ground now – the 6,606 fans in making a racket – and when the Bears fumbled in their 22 and substitute James Chisholm nicked the ball to score the visiting coaches went spare up in the stands, sensing the tide turning.

Then Dombrandt became Moses, parting Bristol like the Red Sea and running through the middle, before firing a pass to Louis Lynagh who sped in. Smith hit a post, but it was now 28-24. 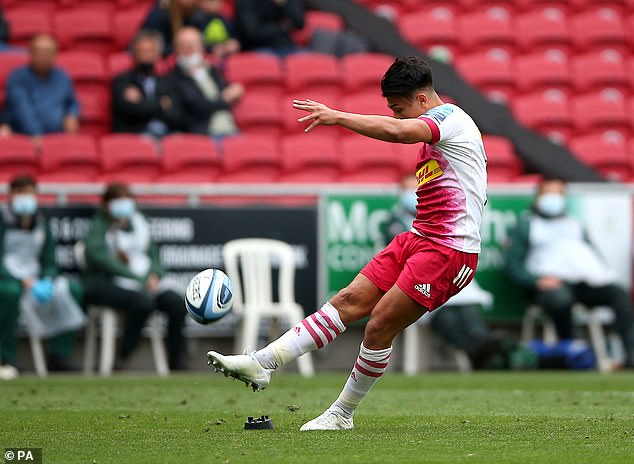 Quins coach Adam Jones could not have been more pumped up, trademark hair flopping everywhere, roaring and punching the air in the stands.

He and every Quin was delighted when Harry Randall’s score was chalked off after a Radradra’s assist went forward on the hour mark. Sheedy kicked a penalty to calm nerves before Quins had the agony of a try chalked off – Green’s pass to Lynagh just forward on review.

But then Marchant raced in, Smith levelled the scores with the conversion and it was extra time – never before seen in 33 previous playoff semis.

In added time Sheedy hit a post with a penalty, before Green scored Quins’ crucial sixth – Malins’ hat-trick not enough for Bristol to avoid the utter agony of it all as Marchant sealed their excruciating fate.