Harvey Weinstein responded to Angelina Jolie’s claims that he tried to sexually assault her when she was just 21-years-old.

The disgraced 69-year-old producer told TMZ through his assistant that ‘THERE WAS NEVER an assault, and NEVER an attempt to assault,’ on Saturday.

Calling her statements made to The Guardian ‘publicity clickbait,’ he also repulsively retorted ‘is this whole world assaulting you?’ while saying that everyone ‘shows interest’ in her. 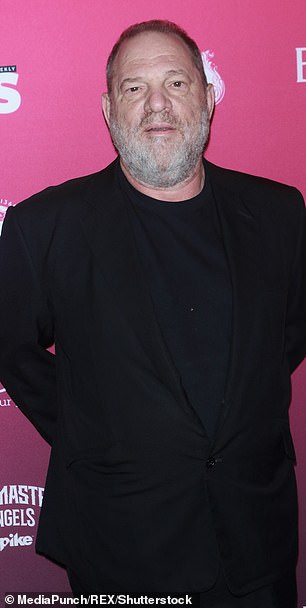 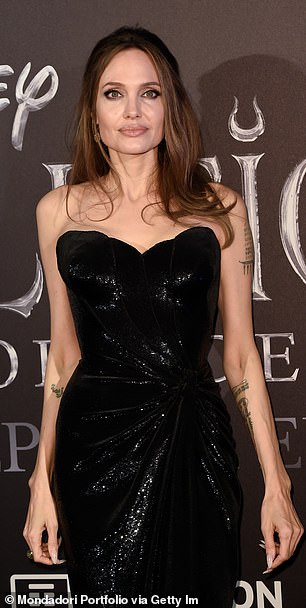 Heating up: Disgraced producer Harvey Weinstein responded to Angelina Jolie’s claims that he sexually assaulted her when she was 21 and said it ‘NEVER’ happened

‘It’s very clear to me that this is for more sales on Angie’s BOOK. THERE WAS NEVER an assault, and NEVER an attempt to assault. It is brazenly untrue and clickbait publicity,’ his assistant told the publication on his behalf.

He continued to quip: ‘You’re Angelina Jolie, every male and female in the world, I’m sure, shows interest in you. Is the whole world assaulting you?’

The Maleficent star had first spoken out about having a ‘bad experience’ with Weinstein in a 2017 email to the New York Times.

‘I had a bad experience with Harvey Weinstein in my youth, and as a result, chose never to work with him again and warn others when they did. This behavior towards women in any field, any country is unacceptable,’ she wrote at the time.

And in her Guardian interview she elaborated on the situation — which dates back to 1998 when she worked with him on the film Playing By Heart. 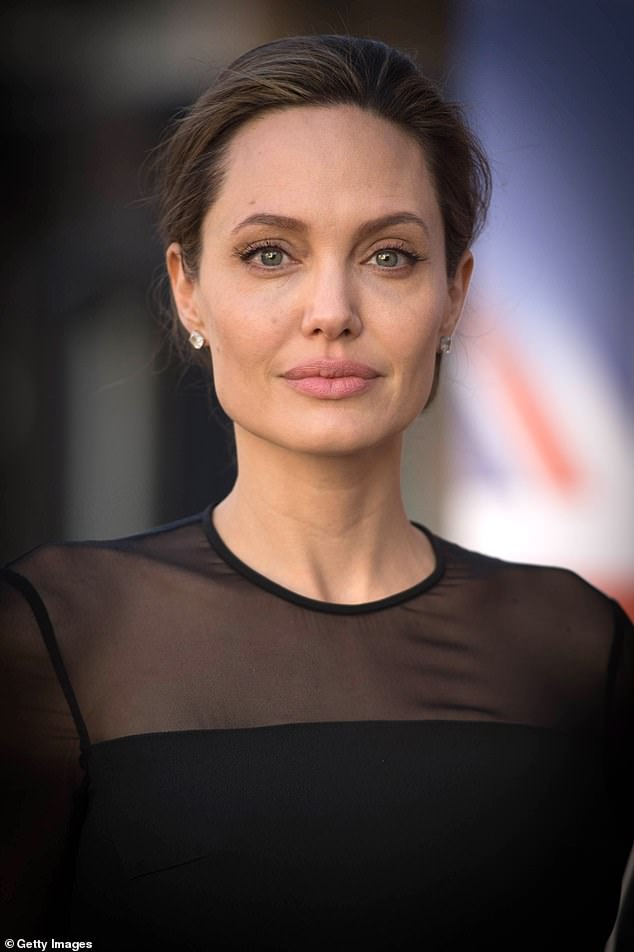 Speaking out: The Maleficent star had first spoken out about having a ‘bad experience’ with Weinstein in a 2017 email to the New York Times and continued to elaborate on the experience in conversation with The Guardian; pictured 2016 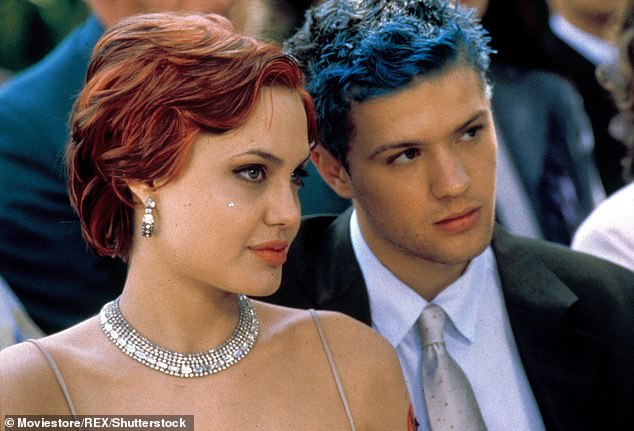 Early career: Angelina worked with Weinstein while filming Playing By Heart when she was 21-years-old; seen in the film with Ryan Phillipe 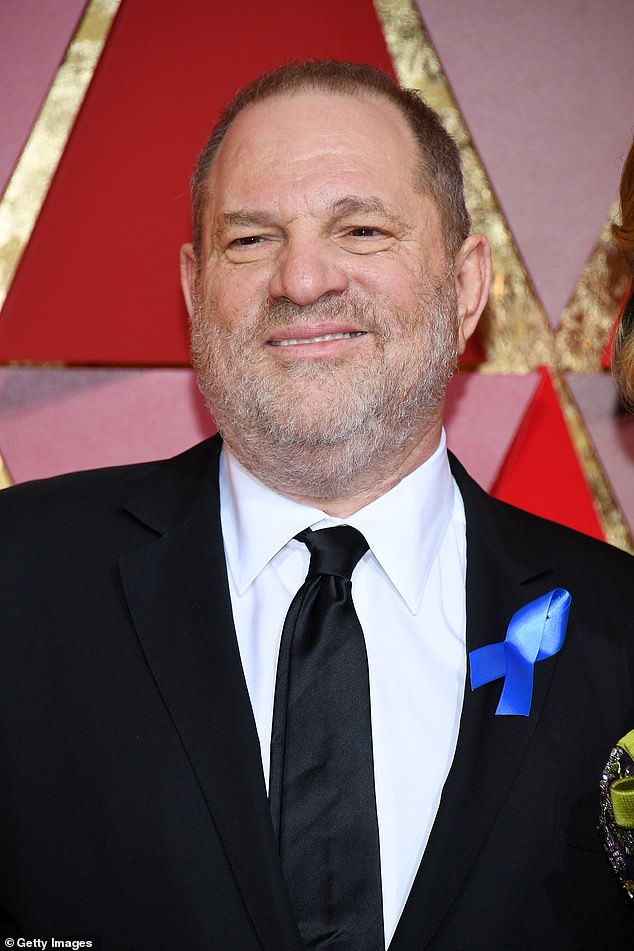 ‘Abuse of rights’: Jolie continued to confirm that the incident constituted  an ‘abuse of rights’ when asked by the reporter, and elaborated that the convicted sex offender made ‘beyond a pass’ that she ‘had to escape’; pictured 2017

‘If you get yourself out of the room, you think he attempted but didn’t, right? The truth is that the attempt and the experience of the attempt is an assault,’ the Gia actress said.

Jolie continued to confirm that it was an ‘abuse of rights’ when asked by the reporter, and elaborated: ‘It was beyond a pass, it was something I had to escape.’

And after the incident she put the word out that he was not to be left alone with girls and refused to work on any projects with him.

‘I stayed away and warned people about him. I remember telling Jonny, my first husband, who was great about it, to spread the word to other guys — don’t let girls go alone with him,’ she recalled.

The seasoned actress also said she turned down a role in The Aviator to avoid the industry giant. ‘I said no because he was involved. I never associated or worked with him again. It was hard for me when Brad [Pitt] did.’ 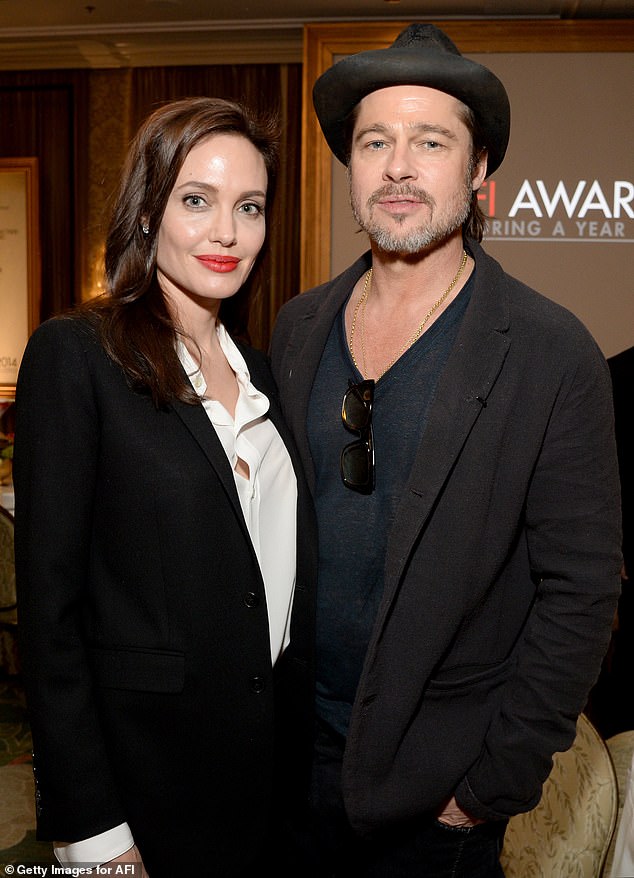 At odds: Angelina Jolie has revealed she and ex-husband Brad Pitt once clashed over him working with Weinstein years before the #MeToo movement; pictured 2015

Jolie had spoken about being ‘hurt’ when ex Brad Pitt worked with the convicted sex offender not only once, but twice —  in 2009 he starred in The Weinstein Company’s Inglourious Basterds, and he later sought out the producer to work on his movie Killing Them Softly.

‘We fought about it. Of course it hurt,’ she shared implying that he had teamed up with Weinstein against her wishes.

She continued to allege that Pitt had ‘teamed up’ with Weinstein against her wishes for both films, but sources close to the actor called her read on the situation false and said that he just happened to be cast in a film that was distributed to The Weinstein Company, per TMZ.

Pitt’s ex Gwyneth Paltrow had also detailed her dealings with Weinstein when she was 22, saying she was ‘petrified’ when he put his hands on her and tried to get her into a hotel room for massages.

She had confided in her then-boyfriend Brad who confronted him and Weinstein then warned her not to tell anyone else. 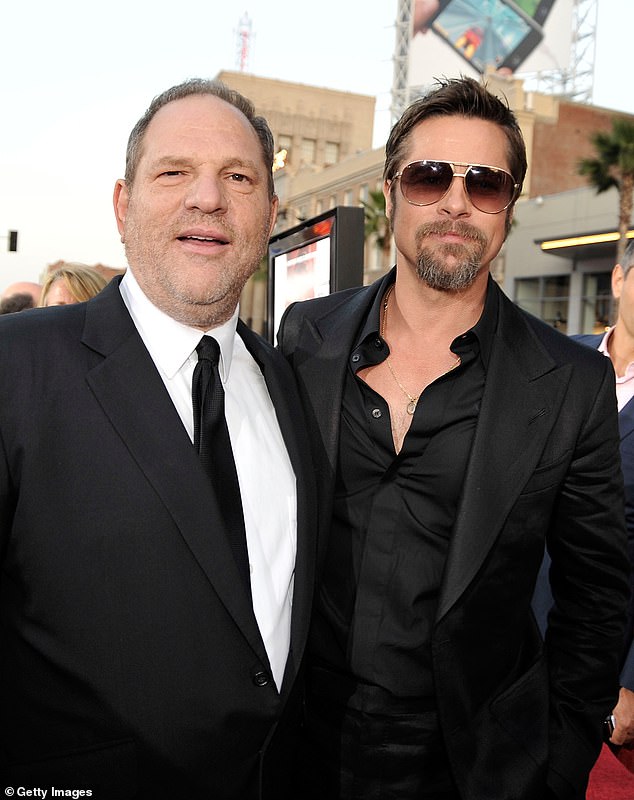 Point of contention: The actress revealed that she was ‘hurt’ when Pitt worked with Weinstein on two separate films following her incident in 1998; pictured at Inglourious Basterds premiere in 2009

Work over loyalty: Despite Angelina’s assault, Pitt worked with the convicted sex offender — in 2009 he starred in The Weinstein Company’s Inglourious Basterds; seen in a scene from the film

Both films and the former pair’s dispute over his affiliation with Weinstein were years before the Me Too movement, which sparked a sexual assault reckoning in Hollywood in 2017.

Angelina was married to the 57-year-old Once Upon a Time in Hollywood actor from 2014-2016, but they were together for over ten years.

While promoting her new book Know Your Rights and Claim Them: A Guide for Youth, the author also told The Guardian that she ‘feared’ for the safety of her kids during her marriage. ‘Yes, for my family. My whole family,’ she said.

‘It took a lot for me to be in a position where I felt I had to separate from the father of my children,’ she clarified, adding, ‘There’s a lot I can’t say.’

Angelina filed to absolve the marriage in 2016 after two years, and said in a June 2020 interview with Vogue India that it was for ‘the well-being of my family,’ and ‘it was the right decision.’ 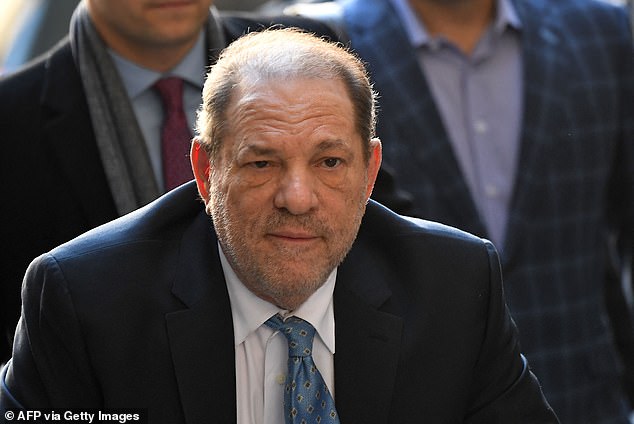 The truth came out: Harvey Weinstein’s history of assault came to light in 2017; seen in NYC in 2020

These companies are pushing back against the Texas abortion law