Head of counterterrorism in France: We thwarted two terrorist attacks in 2020 and 33 since 2017 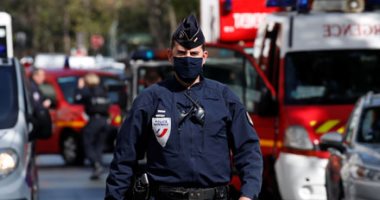 The Director of the Anti-Terrorism Task Force in France, Laurent Nونيñez, confirmed on Sunday that two “terrorist attacks” had been thwarted during the year 2020, stressing that “a total of 33 attacks had been thwarted since 2017.”

Nونيñez, who was the guest of the “Grand Randy Vaud” interview, which was reported by the French media, “Europe 1”, “C News” and “Les Zico”, did not provide any indication of the nature of these two attacks that were thwarted.

He pointed out that “terrorism” represents a “priority threat” and is “endogenous” and “increasingly difficult to detect.”

Nونيñez stressed that there is a “common point” between the last three attacks carried out in France (the former building of the headquarters of Charlie Hebdo, Samuel Patty and the Church of Nice), which is “the desire for revenge after the publication of offensive cartoons.”

When asked about the follow-up of the case of those convicted of terrorism who are scheduled to be released during the year 2021, Nñez said that “administrative obligations” will be imposed on them (regular evaluation and the ban of their presence in certain places).

Regarding the extreme right, Nunez referred to the thwarting of “five attacks” since 2017 and expressed his concern about “the increase in the influence and survival of extremists.”