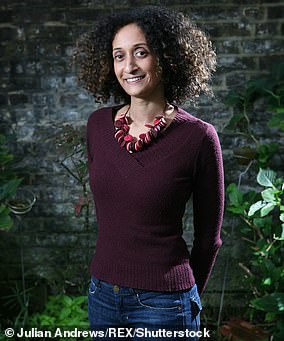 Katharine Birbalsingh is the headmistress of

The landmark report from the Commission on Race and Ethnic Disparities caused a sensation.

Commissioned in the wake of the Black Lives Matter (BLM) protests last summer, and led by a panel of distinguished experts from a range of fields, it concludes that Britain is a model of a successful multi-ethnic society: a ‘beacon to the rest of Europe and the world’, as the commission’s chairman, Tony Sewell, put it.

Does that mean that there is no racism in Britain? Of course not — far from it. The report rightly states that ours is by no means ‘a post-racial society’.

And yet across its 264 pages, the report nonetheless ends one of the most enduring myths of the woke Left: that Britain is irredeemably racist.

As a headmistress of Indo-black Caribbean heritage who has spent a lifetime working with inner-city children, I have experienced the challenges of our multicultural country on the front line, as well as its many joys.

That is why I was most intrigued to read the report’s conclusions about education — even though it also focuses on areas such as employment, the criminal justice system and health. 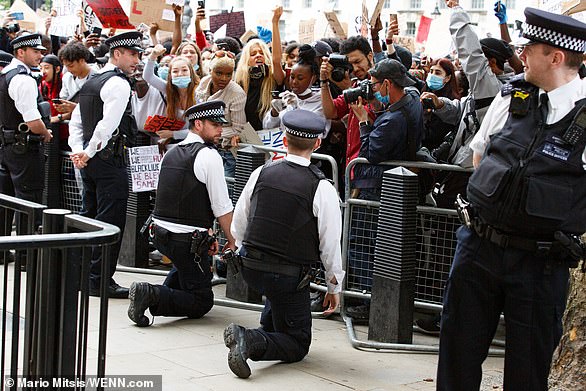 Pictured: Police officers from the Met kneel in solidarity at a Black Lives Matter protest in the wake of the death of George Floyd who was killed by police in Minneapolis in May last year

Some people in our society see racial injustice everywhere they look. Only last week, the Guardian newspaper ran an ‘exclusive’ story claiming that, in some local authorities, exclusion rates for black Caribbean pupils in English schools are six times higher than those of white pupils.

Yet the new report delves into some of these issues in a sensitive and nuanced fashion, and comes to some intriguing conclusions.

It reveals, for example, that average GCSE scores for Indian, Bangladeshi and black African pupils are above the average for white British children, even though black Caribbean children do fare worse.

Does that mean that the British education system is ‘racist’ against black Caribbean schoolchildren, but not black African ones? I sincerely doubt it. Something else is clearly at play.

In the case of those excluded black Caribbean pupils, families, culture and values must be part of the discussion.

How much ‘drill’ and ‘grime’ music do the pupils listen to? How involved is the father in their lives?

Are there trust issues between the parents and the school? How much do they use their smartphones? It is high time that we — and especially woke social-justice warriors — began asking these questions and engaging in a serious conversation about these issues, rather than pretending everything comes down to race. 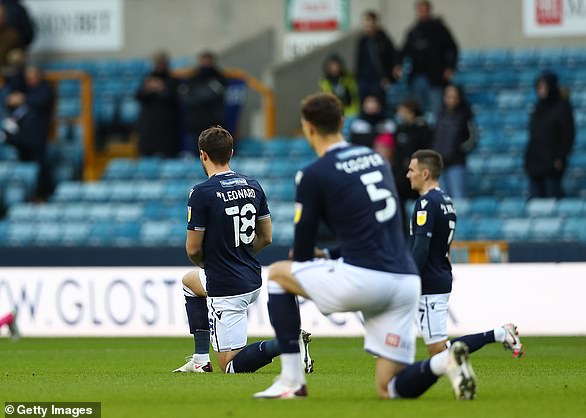 Pictured: Ryan Leonard of Millwall kneeling in solidarity with Black Lives Matter during the Sky Bet Championship match between Millwall and Derby County at the Den on December 5, 2020

As a society, we should be working to help all children succeed in good faith — and we should be interested in the truth about how to enable them to do so. Only then can we lead them to success.

Don’t get me wrong: racism does exist in Britain, though happily there is far less of it today than there was all too recently. At school in the 1980s, I was often called appalling, racist names.

A generation earlier, during the 1960s, my black Jamaican uncle — who married a white Englishwoman — was regularly spat at in the streets when he walked hand-in-hand with her. There is simply no comparison with the Britain of today.

And yet, as the report acknowledges, racism and discrimination do persist.

Studies show, and I know from personal experience, that if a candidate for a job sends a CV with a ‘white’ name, they are more likely to be shortlisted than if the same CV has a typically non-white name.

Nowadays, I am invited reasonably often to appear on panel discussions and to advise organisations. I often ask why they have approached me.

More than once I have been told: ‘Well, to be honest, you tick the diversity box for us.’ 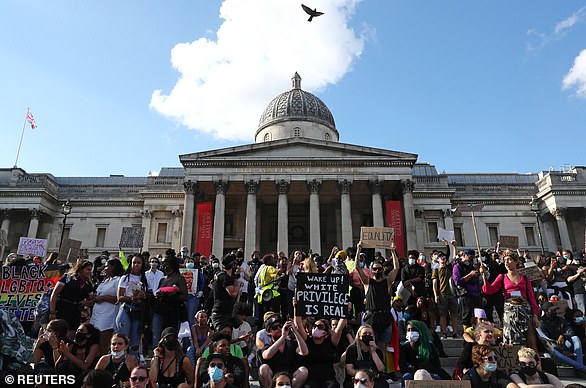 They might mean well, and of course this is a long way from ugly racism and abuse.

But I often wonder whether these people can accept or understand that they have failed to judge me as an individual. Instead, all they can see is my race and, to a lesser extent, my gender.

The fact is that it is human to make snap judgments about someone based on superficial calculations such as accent, clothing — and even race.

That doesn’t necessarily mean you are a ‘racist’ — but it does mean you should beware of making such calculations and the implications of doing so.

That is why I don’t get angry and join a Black Lives Matter protest when I’m told I ‘tick a diversity box’. Instead, I forgive the other person their silly error and put it down to them finding it difficult to ‘see past’ race.

Some, indeed, would argue that it is all the more difficult to see past race when that seems to be all the country is talking about these days. I think there is some truth to this.

If we want to treat other people as fairly as possible, we should all be questioning our biases and assumptions.

If you are an employer, it is a good idea to examine your own biases regularly, if only so that you are able to employ the best person for the job, whatever their name. The same goes if you are a teacher. 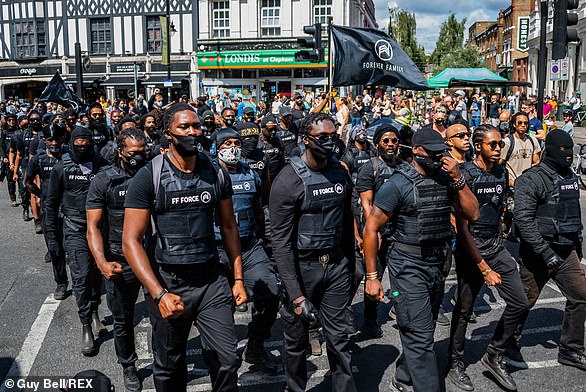 It is unfortunate that the woke brigade have made it so difficult to have this much-needed nuanced conversation on race.

So prevalent is the scourge of ‘cancel culture’ today that many people understandably fear losing their jobs after being called out as ‘racist’ simply for saying the wrong thing. Others are scared of losing their friends. The tyranny can be overwhelming.

As the new report rightly says, the solution is not ‘unconscious bias training’ — even though taxpayer-funded bodies from the Metropolitan Police to the NHS and BBC have all implemented it in the past.

The commission’s report makes a bold and brave stand against it, arguing that it ‘alienates’ staff with a ‘baseless’ narrative of ‘white privilege’ and all too often amounts to a ‘tick-box exercise’.

No, the true solution is clear: education. Good teachers and good schools allow any underachieving group to rise over time and climb the ladder of social mobility: that is why I have spent my life fighting for a better education system.

As yesterday’s report rightly says: ‘Education is the single most emphatic success story of the British ethnic minority experience.’

The commission’s report has ended the woke mob’s divisive idea that Britain is racist to its core once and for all.

March update: should you buy or sell ALPHA?