HEALTH NOTES: Going grey? Blame it on your ethnicity 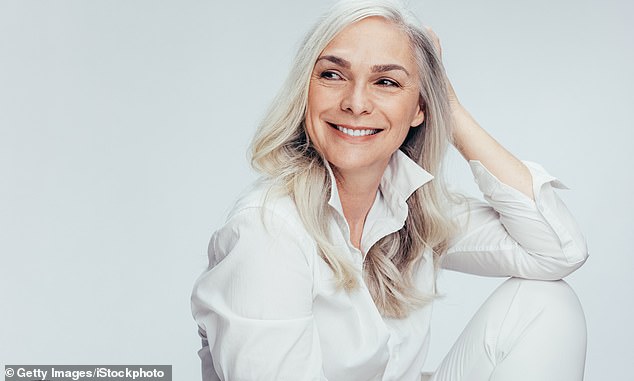 HEALTH NOTES: Going grey? Blame it on your ethnicity

The age we go grey depends on our ethnicity, according to researchers from Boston University in the US.

By reviewing data from 69 publications on hair ageing, they found that the average age Caucasians begin greying is mid-30s, while for Asians it’s late 30s and for Africans mid-40s.

While the exact reason behind greying hair is not completely understood, scientists believe it is due to the loss, over time, of melanin, the natural pigment that gives our skin and hair colour.

It is also thought that environmental factors, such as smoking, can increase the risk of greying.

The age we go grey depends on our ethnicity, according to researchers from Boston University in the US. Pictured: Stock image

Neelam Vashi, professor of dermatology at Boston University School of Medicine, said: ‘The structural properties of hair vary between different ethnicities and, consequently, the ageing of hair differs as well.

‘As the population ages and becomes more diverse, it is of greater necessity to understand the hair ageing process in different types of hair.’

Vegan diets could be bad news for growing bones, according to a study.

Scientists at the University of Helsinki in Finland tracked 40 children eating three different diets – vegan, vegetarian and one incorporating meat – and found those on vegan diets had depleted levels of vital nutrients, specifically Vitamins A and D – essential for developing bones and the immune system.

Veganism omits some of the richest sources of these nutrients, such as eggs, milk, cheese and meat. The strict diet has quadrupled in popularity over the past five years, with 600,000 Britons now defining themselves as vegan, according to nationwide surveys.

Researcher Topi Hovinen, one of the authors of the study, said parents who put children on vegan diets ‘must be warned’ of the potentially damaging effects.

People are more likely to follow Covid restrictions if their friends do.

Psychologists at the University of Nottingham surveyed more than 6,000 people from 114 countries and asked them how closely they were following pandemic rules.

They then asked what was having the strongest impact on them adhering to those rules – the actions of friends and family, their own approval of what they were being asked to do, or the adherence of people around the world.

The study showed that the actions of those close to them had the biggest impact, leading psychologists involved to say their findings highlight a ‘blindspot’ in government policy.

Professor Ophelia Deroy, a co-author of the study, said: ‘You may make up your own mind but what you do depends on what your close friends do.’