Dashcam footage appears to capture the moment his car, driving north on the Hume Highway near Bardia, south of Sydney, just before 8pm on Sunday night, narrowly avoids hitting the child.

NSW police confirmed to Daily Mail Australia they received an emergency call about the child at 7.43pm on Sunday night.

Several police cars attended the scene and searched the area, however no child was found and the search was called off at 3.45am Monday morning.

The motorist who claims he filmed the footage is Gold Coast businessman Mitch Kuhne, who runs a motorbike accessories company, Shark Leathers.

He posted the footage to his Instagram account claiming the police told him the child had been found and was safe.

However, police have confirmed they didn’t find a child and did not tell the motorist they had found one. 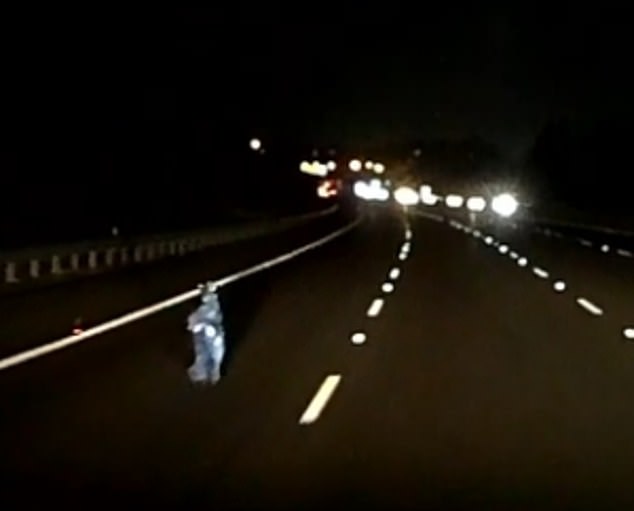 In the footage, the child appears just seconds before the driver’s car speeds past.

The motorist reportedly called the police immediately before alerting them a second time when he recovered the dahscam footage from his car.

The footage shows a silhouette in the middle of the left-hand lane. 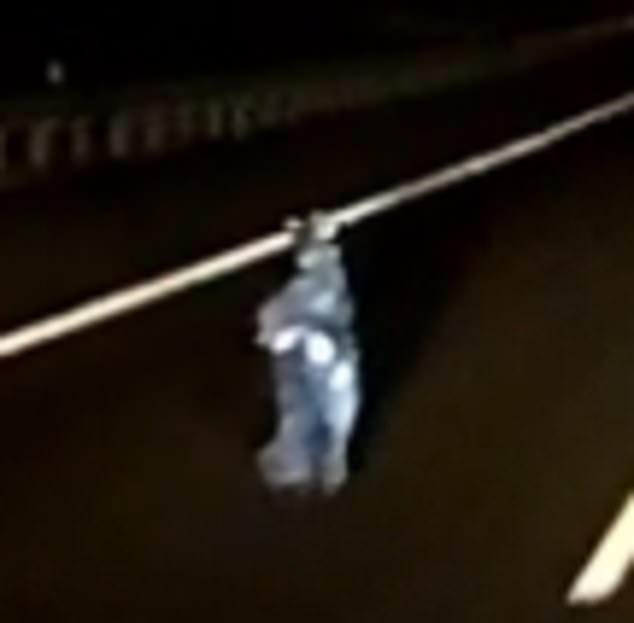 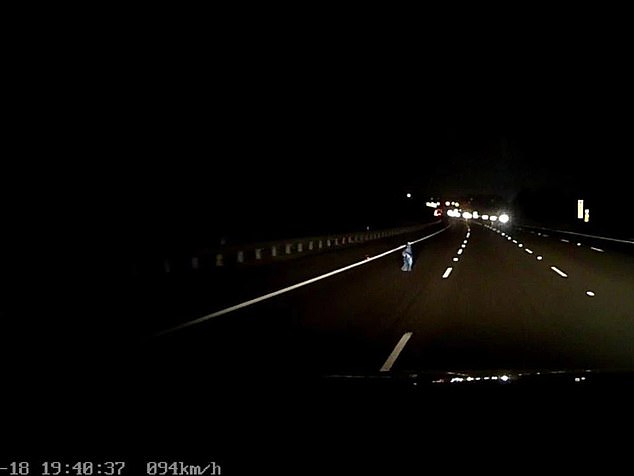