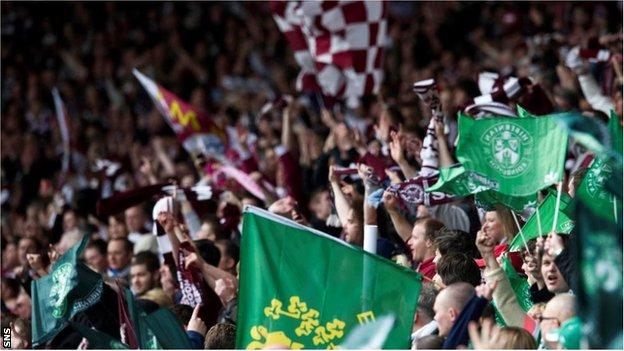 A day to make statements, a day to settle some scores – Saturday’s Scottish Cup semi-final will be an Edinburgh derby like no other.

No fans, one side flying high in the Premiership with status on their side, another confined to the Championship with a point to prove, and a December date with either Aberdeen or Celtic at stake.

BBC Scotland pundit Michael Stewart has been part of the frenetic fervour on both sides of Hearts and Hibernian divide. Here, he takes us through the key battlegrounds of this compelling confrontation.

Despite Hearts’ abrupt descent into the second tier, they still have a squad boasting accomplished and experienced performers.

Former Celtic and Scotland goalkeeper Craig Gordon will be in goal, with the 37-year-old having kept clean sheets in his first four games since returning to Tynecastle.

A bounce game against Airdrieonians in midweek gave Austrian midfielder Peter Haring time to get up to speed, while captain – and Scotland veteran – Steven Naismith scored having not played in either of his side’s Championship matches.

“There’s no doubt Hearts have a good team,” said Stewart. “Craig is a huge bonus and improvement because they’ve struggled for goalkeepers and he is top drawer.

“Steven hasn’t played the last few weeks, which is a concern. Do you gamble on him? I’m not sure if he’ll start but when you have that attacking threat you’ll always potentially get goals.

“The one thing for Hearts is they are playing catch-up. Andy Halliday and Haring, for example, have not played many games. It would have been interesting to see if Hearts had had a solid run.” 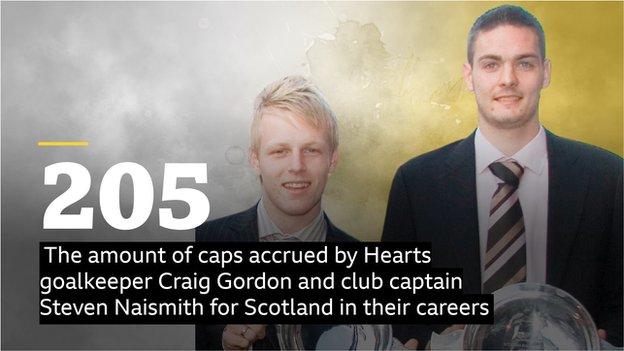 It is almost 12 month since Jack Ross was appointed at Easter Road. When he took over on 15 November, they lay eighth in the table, with just two league wins.

Since then, the transformation has been remarkable. Martin Boyle has returned to fitness, Christian Doidge has started scoring goals, and transfer market work has yielded key contributors such as Alex Gogic and Kevin Nisbet.

“Hibs are probably marginal favourites but it’ll be very interesting to see what comes out,” said Stewart. “For so long, they used to go into derbies with apprehension.

“Jack has done a really good job. He has recruited well and they have good balance and flexibility. You can see the thought process.”

Both teams have a point to prove at Hampden. Let’s start with Hearts…

Last season, they were relegated after being narrowly adrift at the end of a curtailed campaign. Months of acrimony followed as owner Ann Budge and the club’s lawyers mounted a failed court case.

The flame of injustice still burns brightly among supporters, and Stewart reckons it will be the same in the dressing room.

“For Hearts, there is a feeling there to make a statement after all that has happened to them,” he says.

“If I’m in that dressing room, you are hacked off you are in the Championship, playing a game against your biggest rivals. What a chance for them. It’ll be ‘there is a decent team, but so are we’.”

For Hibs, the opportunity to banish Hampden heartache at the hands of their rivals may well be part of the pre-match chatter following a 5-1 demolition in the 2012 Scottish Cup final.

“It’s the opportunity to make a statement, especially after the final when they were absolutely battered,” Stewart adds.

“You hope both teams don’t cancel each other out, and it’s two heavyweights throwing haymakers at each other. It’s an intriguing game and it’ll be terrific to see how it plays out.”