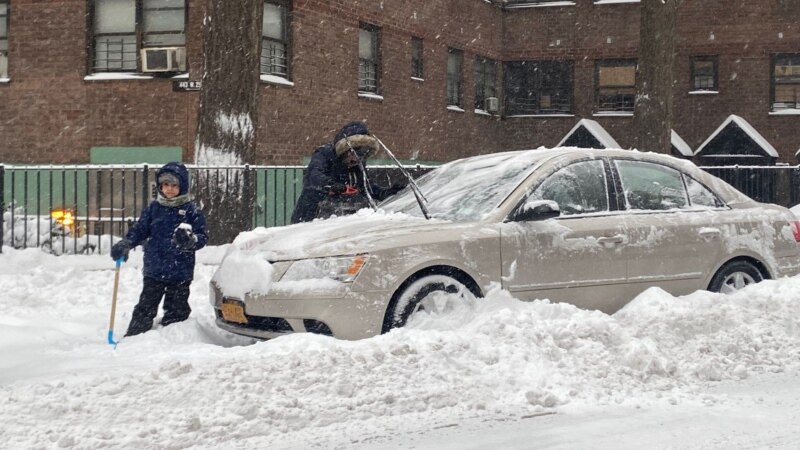 A powerful storm swept up the U.S. East Coast on Saturday, threatening to bury parts of 10 states under heavy snowfall, which will be accompanied by coastal flooding and strong winds that could knock out power and leave people shivering in the face of expected low temperatures.

Philadelphia, New York and Boston – where a blizzard warning is active with up to 60 centimeters (2 feet) of snow expected – are in the meteor’s path. By late morning, more than 30 centimeters (1 foot) of snow had already fallen on parts of the New Jersey shore and eastern Long Island.

Airlines canceled more than 3,000 flights at some of the nation’s busiest airports. Amtrak suspended or limited train service in the Boston-Washington corridor.

Authorities from Virginia to Maine warned people to stay off the road in the face of low visibility due to snow.

Rhode Island, which is in full blizzard alert, banned all non-emergency travel as of 0800.

“This is serious. We are prepared for this storm, and we need residents to be prepared as well,” said the governor, Dan McKee. “The best way to deal with this storm is to stay home tomorrow.”

Delaware allowed only essential personnel travel in two of its three counties as of Friday night.

Massachusetts, which was forecast to get more than 30 inches (75 cms) of snow in some isolated areas, banned trucks from interstate highways for much of Saturday. Tens of thousands of homes and businesses were without power.

Shoppers packed stores Friday to stockpile food and buy generators and snowblowers ahead of the meteor’s scourge that will sweep up the coast with northeast winds.

My Son Took His Own Life. Here’s Why You Should Stop Saying ‘Committed Suicide.’

Beating Messi.. Muller is the best goal maker in the five major leagues since 2018 | Football

Beating Messi.. Muller is the best goal maker in the five major leagues since 2018 | Football