HENRY DEEDES: Boorish Don was like a child with his bottom lip dragging

His eyes were red and puffy, his shoulders drooped and his voice sounded as though he’d swallowed a mouthful of gravel.

Had one of his aides warned him exit polls were not looking peachy? Who knows, but this was not a President enjoying election day.

He admitted he had no speech prepared for later. ‘I’m not thinking about acceptance or concession yet. Hopefully we’ll only be doing one of those two.’ 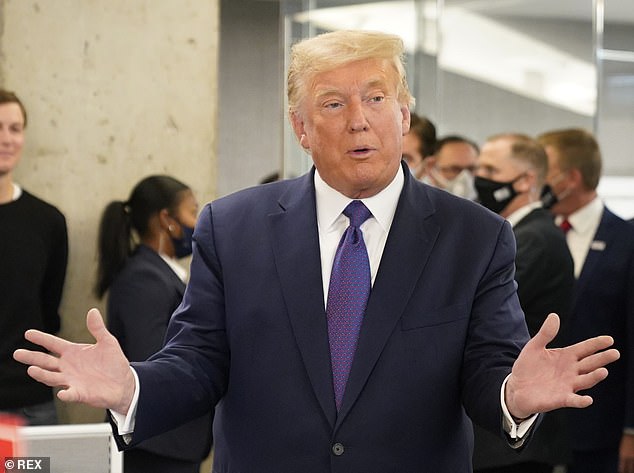 Of his election evening party at the White House, he mused: ‘I think we’re gonna have a great night.’

Mr Trump may have seemed like a child with his bottom lip dragging, but as one Washingtonian pointed out to me yesterday: ‘Don’t read too much into it.

‘He was like this on election day against Hillary.’

It had been a day of two very different presidential candidates in very different moods during their final hours of combat for the highest office in the world.

While the President had spent the morning rallying his support base on his favourite TV channel, his opponent Joe Biden went on a genteel walkabout in his home town of Delaware ahead of a cheery whistle-stop tour of in-play Pennsylvania.

Trump kicked off with a telephone call to Fox News’s Breakfast Show, Fox and Friends. It was supposed to be a statesmanlike last-minute pitch to undecided voters. 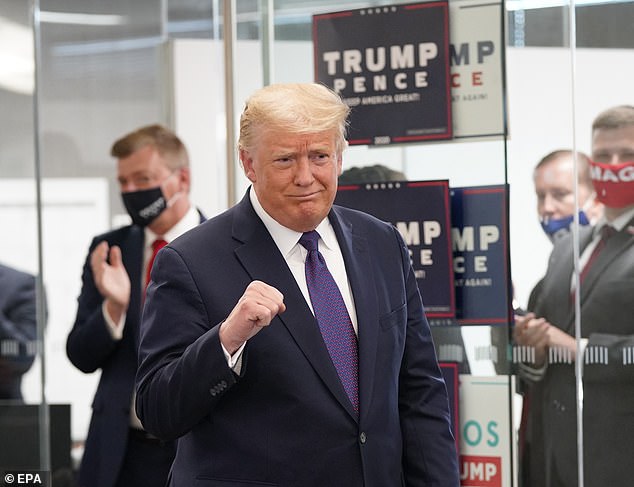 Mr Trump may have seemed like a child with his bottom lip dragging, but as one Washingtonian pointed out to me yesterday: ‘Don’t read too much into it’

Like that was ever gonna happen. Instead, Mr Trump spent 35 ill-tempered minutes attacking his enemies and dousing himself in treacle.

All those quintessentially Trumpian traits were on display. Brashness. Boorishness. Guileless insults a-plenty. And all before he’d even had his first Diet Coke.

Considering some voters would still have been making up their minds, this might have been an occasion to show some humility.

As the sun rose over Washington DC, barren and boarded up in expectation of election-inspired outbursts of violence, the President was in Napoleonic mode.

‘If there is victory, I think we will have victory,’ declared the Republican El Comandante, his voice raspy over the Oval Office hotline.

‘I think the polls are, you know, suppression polls. And I think we will have victory. But only when there is victory. 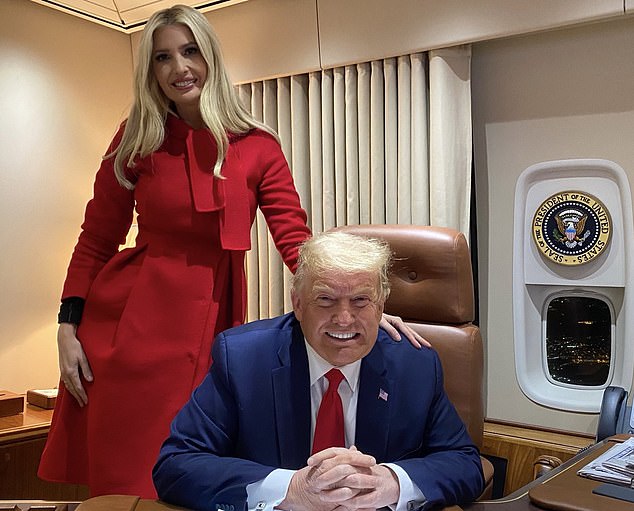 As the sun rose over Washington DC, the President was in Napoleonic mode (pictured, Donald Trump flies into Washington with daughter Ivanka)

‘You know, there is no reason to play games. And I think we will have victory.’

For all his bombast and incoherence, you felt he was going through the motions.

He sounded exhausted and no wonder. His breakneck itinerary in recent weeks had included as many as four highly charged rallies a day.

Day after day he has filled stadia up and down the country and he lavished praise on himself for the ‘tremendous crowds I’ve achieved. Tremendous’.

So shameless was his bragging, even the Fox anchors, whose network’s support for Trump borders on slavish, had to suppress their schoolboy giggles.

He had built the ‘greatest economy in the world’ which, until interrupted by ‘the virus from China’ was like ‘nobody had ever seen’.

On the pandemic he had ‘saved two million lives’ and was on the brink of producing ‘the greatest vaccines ever seen’.

Naturally, Trump’s opponents received a hefty blast of the blunderbuss. Joe Biden was not ‘prime time’.

Of Biden’s running mate Kamala Harris, he said: ‘I look forward to a woman President, but not this one.’ 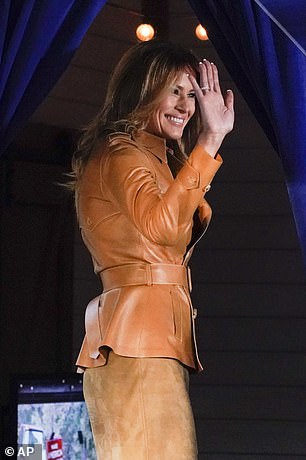 With polls due to close at 8pm, the long wait was nearly over (pictured Melania Trump in North Carolina)

Towards the end, the President was rambling so much his hosts were practically pushing him off the air: ‘Mr President, the White House team is telling us you have to go,’ pleaded Steve Doocy.

And still he went on. Exhausting, exhausted.

Over in Delaware, Trump’s rival Joe Biden was out on the stump with wife Jill and granddaughters Finnegan and Natalie.

First stop was 7am mass at his local church in Greenville, perhaps to pray for some last minute divine intervention, but also to visit the grave of Biden’s son, Beau, who died of brain cancer in 2015.

It was a quiet and sombre appearance in sharp contrast to Trump’s terrorising of the airwaves.

A quick plane ride to Pennsylvania then took Biden to his former boyhood town of Scranton.

For all his creakiness there was something jovial about ol’ Joe’s mood. Playful even. He seemed comfortable in his own skin. Relaxed.

There was a brief stop off at his childhood home, where he scrawled on the inside walls: ‘From this House to the White House.’ 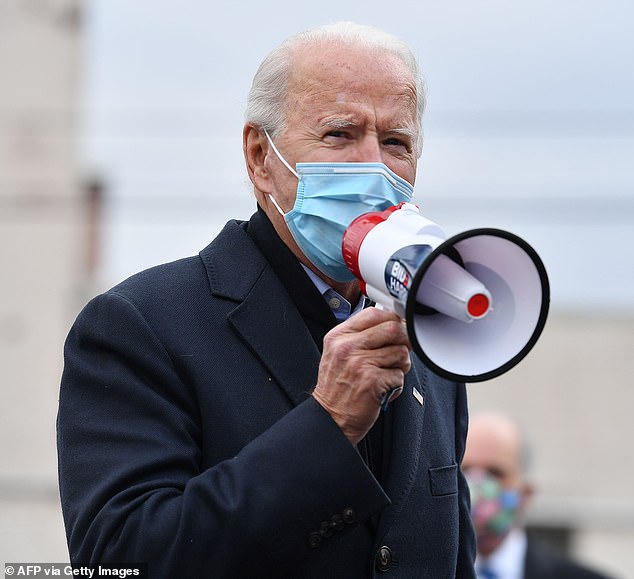 Bold. Should add a few dollars to the property price if nothing else (especially if he wins).

Then it was on to address members of the United Brotherhood of Carpenters and Joiners. I’d seen bigger crowds watching the display televisions outside PC World.

His speech was misty-eyed and folksy. Lots of talk about how he wanted to ‘reunite America’.

‘The Liberal class built this country. Not Wall Street!’ he squawked through a megaphone to a smattering of applause.

Standing for President was the ‘greatest honour of my life’, Biden told them. ‘I want to thank you.’ The crowd hollered back: ‘Thank you, Joe!’

After a flurry of waves and elbow bumps, it was back to the plane to continue hoovering up late voters.

With polls due to close at 8pm, the long wait was nearly over. How odd that it was the doddery challenger who for once was looking perkier.

A stroll against Atalanta takes the strain off Jurgen Klopp

Up or down? Monero (XMR) price prediction for November