On every commuter train, there’s usually one poor sap whose eyelids are waging war with gravity.

Watching them engage in this brave battle, it’s as though every muscle in their face is winched to the max, desperately trying to keep those tired peepers open. Heave, boys, heave!

Failure to do so and snap! Down goes the head, bobbing up and down like a nodding donkey.

This was much how the PM appeared in the Commons yesterday. He looked whacked. Pooped. 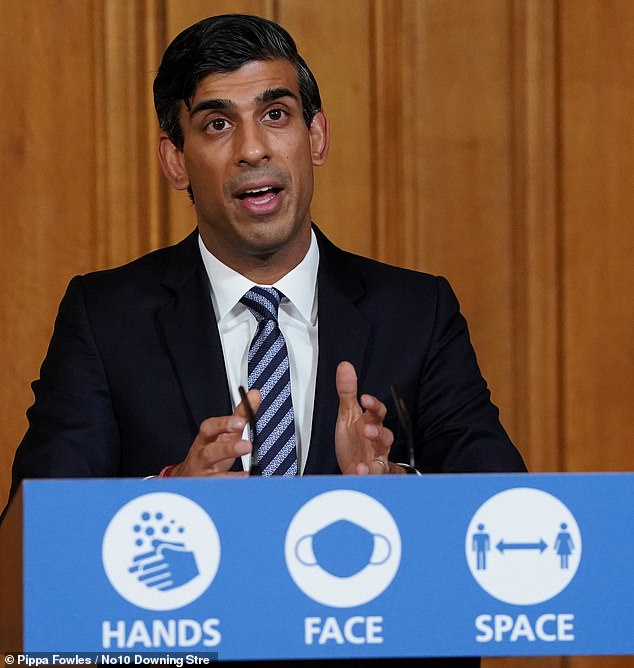 Quite a contrast from the little fizzball sitting further down the bench from him. Chancellor Rishi Sunak: a smiling, sprightly, one-man triple espresso (pictured)

Watching him gaze painfully into the middle distance, you sensed a man longing for a large Famous Grouse and a good eight hours under the duvet.

Quite a contrast from the little fizzball sitting further down the bench from him. Chancellor Rishi Sunak: a smiling, sprightly, one-man triple espresso.

The indefatigable energy bunny still para-papa-papping on his drums while everyone else has ground to a halt.

He had come to reveal his improved financial support for businesses stuck under Tier Two restrictions.

With some regions locked down since July, critics were bound to harp on about how he should done this much sooner. A rare sticky moment for the Chancellor.

Not that you would have known it by watching him. It is still extraordinary to think young Sunak had only been in this job since February.

Every consonant, every quaver, he delivers with almost unnatural confidence. Nothing gets fluffed, even when he veers off-script. 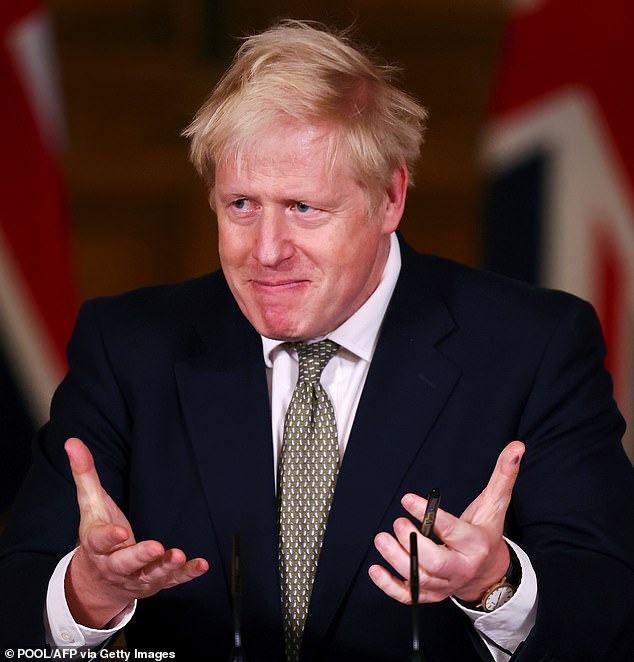 This was much how the PM appeared in the Commons yesterday. He looked whacked. Pooped (pictured)

Laying out his improved measures, his tone, as usual, was unashamedly chummy. ‘I understand your frustration… we will get through this together… People are not on their own.’

Eloquence. Tone. Such qualities may seem trivial, but in these troubled times we look to leaders who can inspire.

Would nervy investors, for example, cast their eye over Labour’s Anneliese Dodds and declare: ‘This is a person made for a crisis?’

Probably not. It doesn’t help that the Shadow Chancellor wears a permanently panicked expression.

She accused Rishi of rushing out a ‘patchwork of poor ideas’. It was all too little too late, she said.

Her answer to everything? Another economy-zapping national lockdown of course.

The Opposition benches sucked their gums ruefully. Thence came the inevitable volley of ‘I told you so’.

Angela Eagle (Lab, Wallasey) accused Rishi of trying to ‘do lockdowns on the cheap’. Cheap? The Treasury has forked out around £200billion so far.

She really can be a sour grape, Angela.

Cut her open, I fear Sarson’s vinegar would run out of her. Amid all the carping there came a voice of reason in the form of Chris Bryant (Lab, Rhondda), who declared soberly: ‘I’m not going to quibble – I think all of this is good.’

Three hours later, we went and did the whole thing at a Downing Street Press conference. 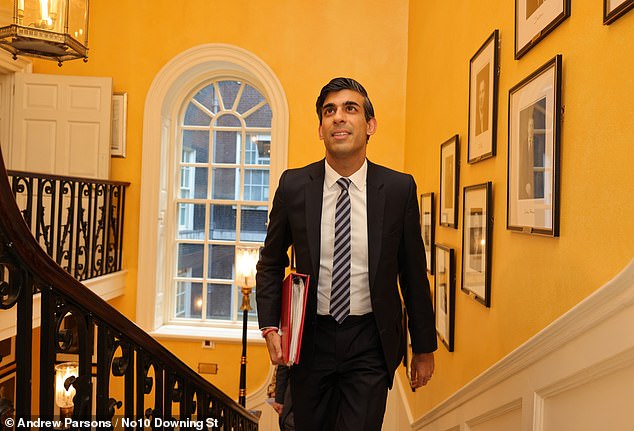 His eyes, at least, no longer looked as though a child had done a couple of Spirograph drawings around them.

We got the usual half-time oranges team talk. ‘We win the fight against the virus,’ the PM announced, jabbing his mitts as though imagining he was giving the illness a fat lip.

Rishi did a short turn. One of the amusing things when he and the PM are together is hearing him politely call Boris ‘Prime Minister’. Never Boris. Quite right too.

Remember when New Labour MPs use to bleat on about ‘Tony’? Ugh.

Sir Patrick Vallance had been wheeled out. He had some of us choking on our teatime biscuits by suggesting doses of a vaccine could be available before Christmas.

Progress in the labs had apparently been ‘remarkable’. Good Lord, Sir Patrick being upbeat! Perhaps Chris Whitty could stand near him and inhale deeply. Couldn’t hurt.

There was a mild moment of tetchiness from the PM when the BBC’s Laura Kuenssberg suggested he was ‘at war’ with local leaders over lockdown restrictions.

Boris insisted that was ‘not the case’.

He enjoyed good relations with all of them. Even Andy Burnham. Even Brother Burnham? No question – the PM was in dire need of a lie-down.