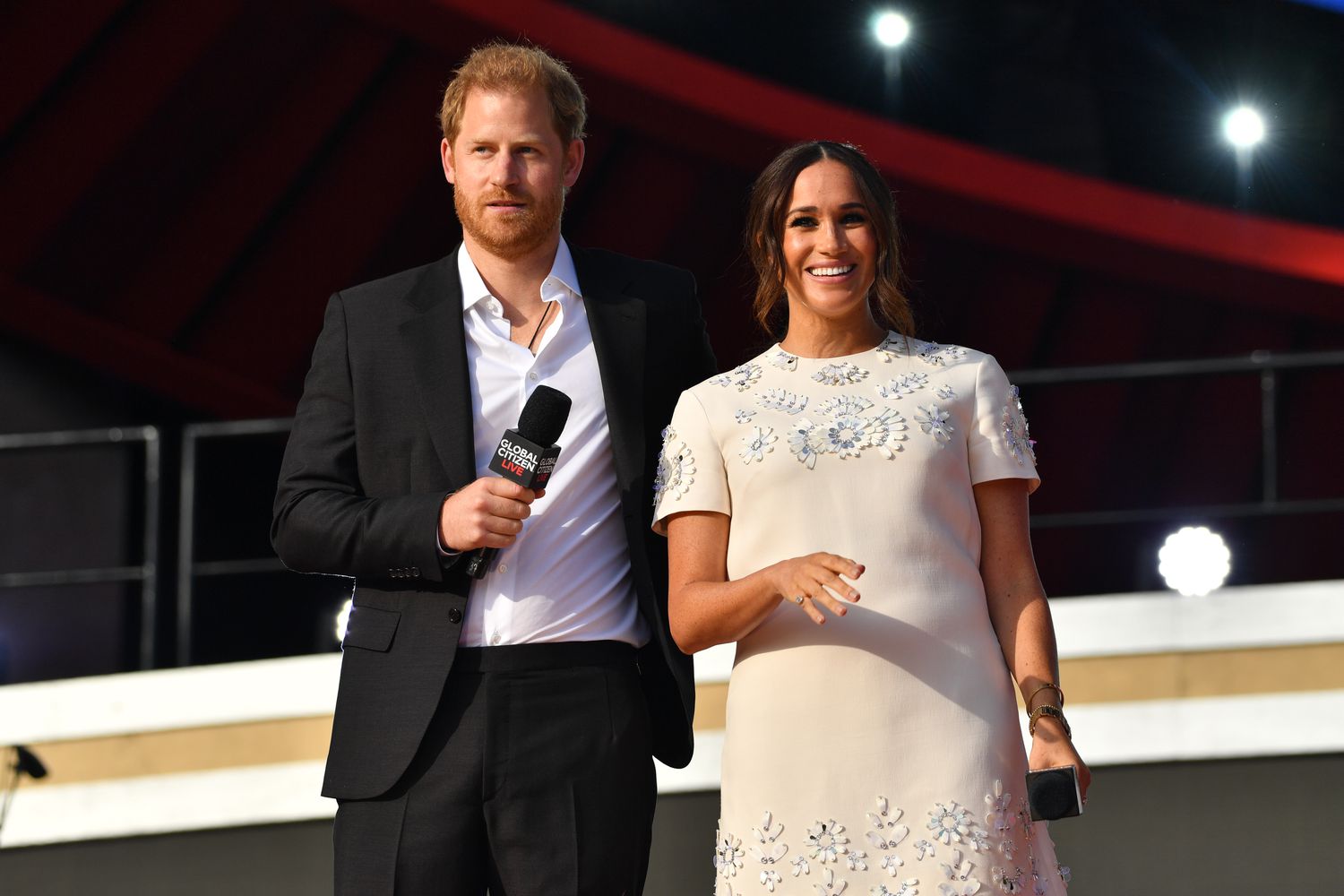 It has taken a little over two years, since they decided to move to the United States in March 2020, for Henry of England and Meghan Markle to return to the United Kingdom together and meet Queen Elizabeth II again. They have done it with a fleeting and secret visit to Windsor Castle, according to what they collect The Guardian and other British media, and taking advantage of his trip to Europe to attend the Invictus 2020 Games, which begin this Saturday in The Hague. The appointment has taken place just a few days before the sovereign turns 96.

Harry and Meghan landed on British soil on Wednesday, although it is unknown if they traveled on a private or commercial flight, according to the Daily Mail, have stayed at Frogmore Cottage, a residence they have maintained despite their departure from the United Kingdom. The newspaper The Guardian It also assumes that the couple, who renounced royal titles and public funding in January 2020, have also been seen with Prince Charles.

Despite the fact that Elizabeth II has not yet met the second daughter of the Duke and Duchess of Sussex, Lilibeth, 10 months old, on her return to Europe, and more specifically to the United Kingdom, the marriage has traveled alone, without the company of the little and his older brother, Archie. And it is that although his father, Prince Henry, has previously assured that he wants to “return home” with his children, the truth is that, as he has confessed through his lawyers, “he does not feel safe” after lose the police protection that members of the royal family have. An issue that he has not yet managed to resolve and that has led the son of the late Diana of Wales to start a war on the matter with the British Ministry of the Interior.

The Duchess of Sussex had not set foot in the United Kingdom since the couple’s breakup with the British royal family, popularly known as Megxit, although Henry of England has described the term as “misogynist”. He, on the contrary, through a pandemic, had returned on two more occasions. The first was on the occasion of the funeral of his grandfather the Duke of Edinburgh, who died in April 2021. The second, a few months later, in July, regarding the inauguration of the statue dedicated to Lady Di and installed in the palace gardens of Kensington. Then, he could be seen with his brother William, who was also not accompanied by his wife, Kate Middleton.

This is also the first time that the couple has come face to face with Queen Elizabeth II after the incendiary interview that Harry and Meghan gave Oprah Winfrey a little over a year ago and in which they assured, among other things, that their departure from the country had been due in large part to the existing racism within the British royal family and that the Duchess of Sussex had even thought of suicide. Some accusations that forced Buckingham Palace to review its diversity policies by direct order of the monarch.

The Dukes of Sussex have returned to Europe to attend the 2020 Invictus Games that begin this Saturday in The Hague after being postponed for the last two years and of which Enrique is patron. In addition, the competition, in which soldiers wounded in the line of duty participate, has great significance for the couple, since their first public appearance took place in the 2017 edition. During their stay in the Netherlands, the couple will not be received by the kings, Guillermo and Máxima, since Enrique and Meghan no longer have the treatment of members of the British royal family.

For her part, this Thursday the absence of Queen Elizabeth II was also confirmed at the traditional Easter mass that will take place on Sunday at the Windsor Chapel. It will be the fourth time that the monarch does not attend her service in seventy years of reign and, in her place, her son Charles of England and his wife, Camilla Parker Bowles, will preside over the ceremony. Although the reasons why the sovereign will miss the appointment have not been clarified, her absences are becoming more frequent in relevant acts of the British royal agenda since her health problems worsened in the autumn of last year .