Her dowry is 60 kg Dahab .. A bride surprises the guests on her wedding day

A photo of the beautiful bride, who tied the knot on September 30, has gone viral online, revealing the bride wearing a traditional white Chinese wedding dress along with excessive gold jewelry while holding a bouquet of roses in her hands. 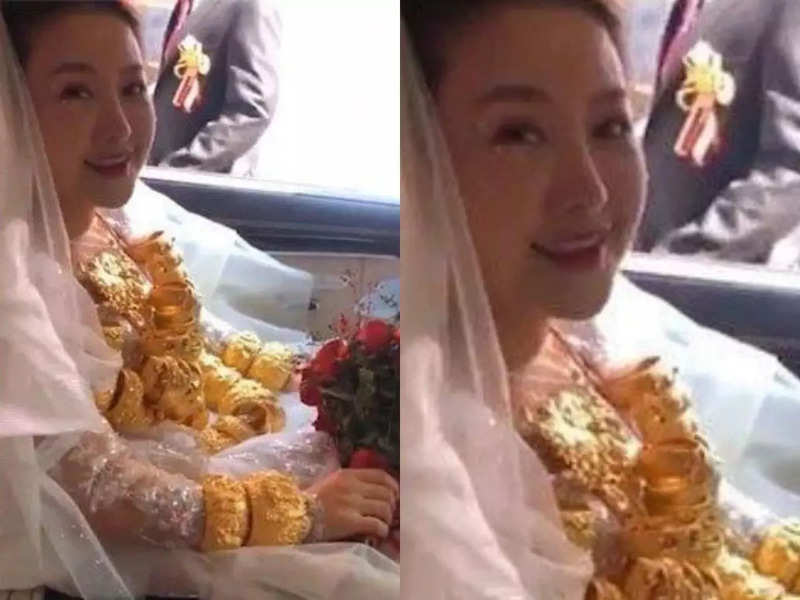 The gold jewelry that was said to weigh about 60kg was a gift from her loving husband, and this jewelry made it impossible for the bride to move. According to a report published by Tribun Solo, the bride was given the gold jewelry as a dowry from her husband, who is known to be from a wealthy family. Each of them weighs about one kilogram with two large gold bracelets.

In fact, some wedding guests pity the bride for wearing such heavy jewelry and offered her help, but the elegant bride was smiling during the wedding ceremony and politely refused all the help offered.

According to Chinese beliefs, the gift of gold is considered auspicious especially at weddings, and some Chinese communities also believe that gold can save newlyweds from evil spirits and bring good luck on their new journey.

It is mentioned that many Chinese temples and other religious places throughout Asia have huge gold structures built inside the complexes which only means that gold has always been considered sacred.

Have you ever heard of "carnivorous bees"? In this report, you will know all the details about this type of bee. Biologists have studied in detail the...

It is customary for everyone to look attractive on the red carpet at the Cairo Film Festival, and it is not only about female artists, but also...

In recent years, we have been used to nominating black girls in beauty pageants, and some of them may win the title in the end, such as...

Many people spend money buying products they do not need, or just to take advantage of the discounts offered in shops, especially on Black Friday, which is...

Many stars and stars were keen to accompany their spouses at the Cairo International Film Festival at its opening in its 43rd session, which was held at...