Relying on the herd immunity strategy in Britain wouldn’t work because the risk of overwhelming the NHS would be too great, a study suggests.

Researchers modelled how the controversial strategy, which was pondered by the UK government in March, would play out in different scenarios.

They found letting the virus run rampant with no preventative rules — the simplest way to achieve herd immunity without a vaccine — would lead to too many hospital admissions. Britain would need around 300,000 beds to cope — almost triple the current capacity in hospitals, the team estimated.

This would put too much strain on the health service and may lead to excess deaths among non-virus patients, such as those with cancer and heart issues.

The study found simultaneously achieving the strategy and protecting hospitals would require keeping the reproduction ‘R’ rate at around 1.2 for ‘years’. This would be an ‘impractical’ balancing act because it would require constant tinkering with social distancing rules for long periods of time, researchers said.

And when the R is above the dreaded number of one — meaning infected patients pass the potentially life-threatening disease on to at least one person, on average — the epidemic still risks spiralling out of control.

The team’s model also found it was ‘possible’ to suppress the virus ‘with plausible levels of social distancing over a period of months’.

Writing in the paper, the University of California scientists warn: ‘Our study finds that achieving herd immunity without overwhelming hospital capacity leaves little room for error.

‘Intervention levels must be carefully manipulated in an adaptive manner for an extended period… Such fine-tuning of social distancing renders this strategy impractical.

‘Various governments have entertained the idea of achieving herd immunity through natural infection as a means of ending the long-term threat of Covid-19. This has provoked alarm in sections of the public health community. Our work confirms that this alarm is well founded.’

But health chiefs in Sweden, one of the only countries to remain open throughout the pandemic and avoid using a crude lockdown, say the tactic has worked for them, which has allowed people to keep their freedoms. 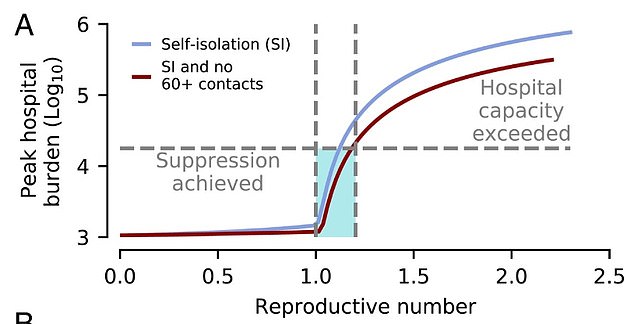 Researchers modelled various lockdown scenarios and found that simultaneously achieving the strategy and protecting hospitals would require keeping the reproduction ‘R’ rate at around 1.2 for ‘years’ 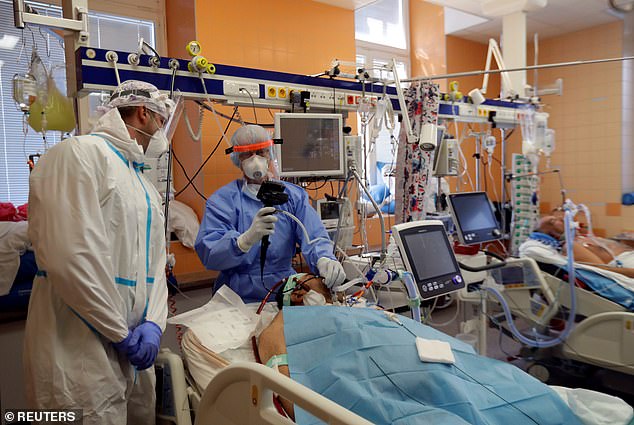 Herd immunity wouldn’t work because the risk of overwhelming the NHS would be too great, a study suggests (file)

Herd immunity is achieved when a disease runs out of room and is no longer able to spread because enough of the population have been exposed to it.

Experts say between 60 and 70 per cent of communities need to get infected, or be vaccinated against a disease, for the tactic to work.

Sweden has beaten coronavirus by refusing to shut the country down and achieving herd immunity, according to an expert.

The Scandinavian nation was the only country in Europe not to introduce strict lockdown measures at the start of the pandemic.

But scientists believe that this may have helped it avoid a second wave of Covid-19 as it continues to record its lowest number of cases since March – with just 28 infections per 100,000 people.

He told Denmark’s Politiken newspaper: ‘There is some evidence that the Swedes have built up a degree of immunity to the virus which, along with what else they are doing to stop the spread, is enough to control the disease.

‘Perhaps, the epidemic is over there.’

He said that the virus may now have run out of steam.

He added: ‘That is what they have said.

‘On the positive side, they may now be finished with the epidemic.’

Sweden was initially criticised at the start of the outbreak after recording a spike in its mortality rates which was five times that of Denmark and ten times that of Norway and Finland.

Number of deaths per 24 hours peaked in April at 115 with more than half in care homes.

But its seven-day average for coronavirus-related deaths is now zero.

The UK pondered herd immunity as its main strategy in March, but the tactic never became official policy.

News that ministers were looking into the strategy sparked a furore because it signalled they were prepared to allow millions people to get infected, and for hundreds of thousands to inevitably die, in order for it to work.

The new study was done by the University of California, Davis and published in the journal Proceedings of the National Academy of Sciences of the United States (PNAS).

Using the first wave of the pandemic in the UK as a benchmark, they inputted data about how fast the coronavirus spreads when left unchecked and the virus’s mortality and hospitalisation rates.

The team found that, in the absence of any intervention measures, the disease would spread rapidly through the UK and infect 77 per cent of people.

While this would likely lead to herd immunity, it would also cause about 410,000 deaths — including 350,000 over the age of 60 — and cause hospitals to be completely overwhelmed.

They said social distancing by older individuals and the public adhering to self-isolation rules would also lead to a ‘much smaller outbreak’ among over-60s.

School closures also help to keep cases down and reopening them too soon may trigger a second wave, the researchers added.

They wrote: ‘Our modeling indicates that, if sustained, such control measures can lead to the suppression of Covid-19 in the United Kingdom by reducing R to below one.’

The academics looked at various lockdown scenarios to see if herd immunity could be reached by tinkering with schools, workplaces or amenities.

They took into account different adherence rates to self-isolation, social distancing, among other factors that can change the course of an outbreak.

The model was based on old data analysing how quickly outbreaks grow in different settings, and how they contribute to the epidemic overall.

But the results showed that the NHS would be pushed to the brink in most instances where the R rate is above 1.2.

They wrote: ‘Attempting to achieve herd immunity while simultaneously mitigating the impact of Covid-19 on hospital burden is an extremely challenging task.

‘In order to ensure the hospital burden does not exceed levels comparable with that of the UK in April 2020, R needs to be reduced from its initial value (assumed to be 2.3) to about 1.2).

‘Due to the fine margins (in terms of control effectiveness) between successful disease suppression and overwhelming hospitals, making herd immunity the primary objective (rather than applying maximal social distancing and aiming for suppression) is not supported by our modelling.’

Hospital capacity was modelled at the average burden in April, during the height of the pandemic, when around 18,000 infected patients were in beds.

Scientists insist models are not always accurate and are only designed to be helpful to guide policies.

It comes after emails released today showed Sir Patrick Vallance and Professor Chris Whitty asked for help to ‘calm down’ angry academics after facing backlash over the herd immunity approach discussed in March.

The top experts, who’ve been steering Britain through the Covid-19 crisis, were hounded by fellow scientists for comments they made about the controversial tactic at the start of the pandemic.

On at least three occasions, Sir Patrick Vallance, England’s chief scientific adviser, said the aim is to ‘build up some degree of herd immunity’ — when a disease runs out of room and can no longer spread because enough of the population have been exposed to it. 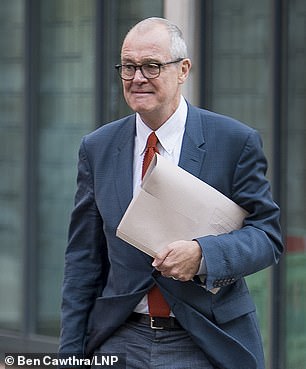 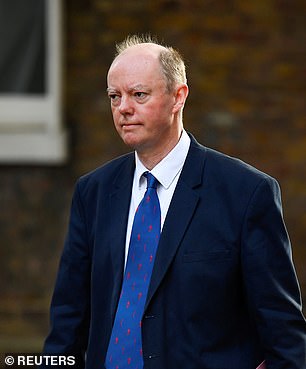 The comments sparked a furore because it signalled the Government was prepared to allow millions people to get infected and inevitably die in order to successfully achieve the strategy.

Emails obtained by the BBC reveal the panic among top advisers in reaction to the outpouring of criticism. In one email sent to a colleague in March, Sir Patrick said: ‘Anything you can do to calm our academic friends down over herd immunity would be greatly appreciated.’

Professor Whitty, England’s chief medical officer, also raged in emails that he was ‘misinterpreted’ after an unnamed senior politician claimed they had conversations in January that ‘were absolutely focused on herd immunity’.

While the majority of scientists have shied away from publicly endorsing herd immunity as a viable strategy, some believe it is the only route out of the current crisis without a vaccine.

Fidelity's Alex Wright: How to profit from cheap shares