The pilots of a Russian passenger plane have been hailed as heroes after they saved all 19 people on board after they were forced to crash land in Siberia.

The Antonov An-28 aircraft with four children on board had disappeared from radars on a one hour 20 minute flight in the Tomsk region in western Siberia earlier on Friday.

A major rescue operation was launched and the badly damaged plane was spotted from the air. Rescuers reported that all on board were alive.

Pilots Anatoly Prytkov, 56, and Faruh Khasanov, 32, were credited with saving all the lives after a crash landing in rough terrain.

‘The site of the plane’s hard landing was discovered. They see living people,’ Russia’s emergencies ministry said in a statement. 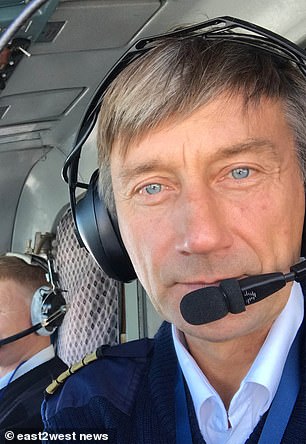 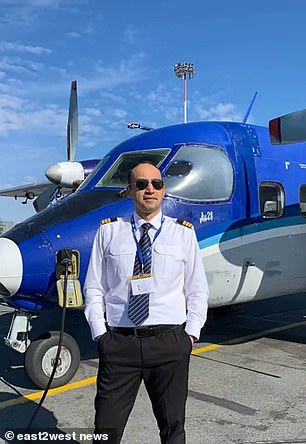 Pilots Anatoly Prytkov, 56, (left) and Faruh Khasanov, 32, (right) were credited with saving all the lives after a crash landing in rough terrain 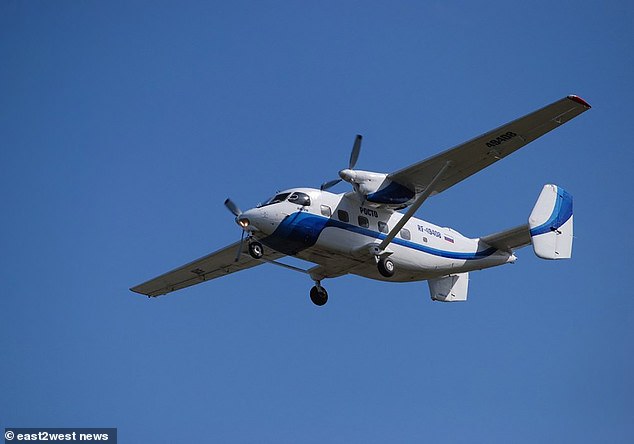 Three emergency Mi-8 helicopters were scrambled to search for the plane which was later found, officials said.

Now the survivors will be airlifted from the crash site after the pilots managed to found a spot to land amid swamps, said reports.

The An-28 is a small, short-range, Soviet-designed turboprop used by many small carriers across Russia and some other countries.

The plane belonged to the local Sila airline and was flying from the town of Kedrovoye to the city of Tomsk in a journey which usually takes one hour 20 minutes.

The flight crew had not reported any problems before the plane disappeared, officials said, but the plane’s emergency beacon activated, signalling that it had a forced landing or crashed.

‘Communication was lost to the An-28 plane from the company Siberian Light Aviation,’ said an emergency services spokesman.

The incident comes 10 days after another Russian plane crashed while preparing to land in bad weather on the Kamchatka Peninsula in Russia’s Far East, killing all 28 people on board.

The Antonov An-26 plane, carrying 22 passengers and six crew, had been on its descent into the village of Palana around 3pm Tuesday when it suddenly lost radio contact with ground crews.

Rescue teams were scrambled before discovering this scene on cliffs around 10 miles south of the airport several hours later.

It is thought the plane, which was operated by Kamchatka Aviation Enterprise, struck the top of the cliff amid low-lying cloud and broke apart. There were no survivors. 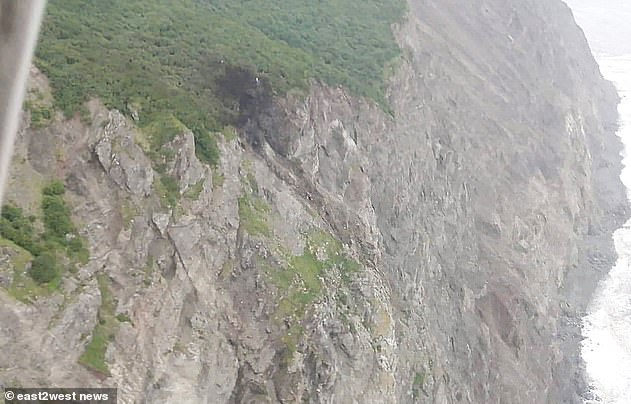 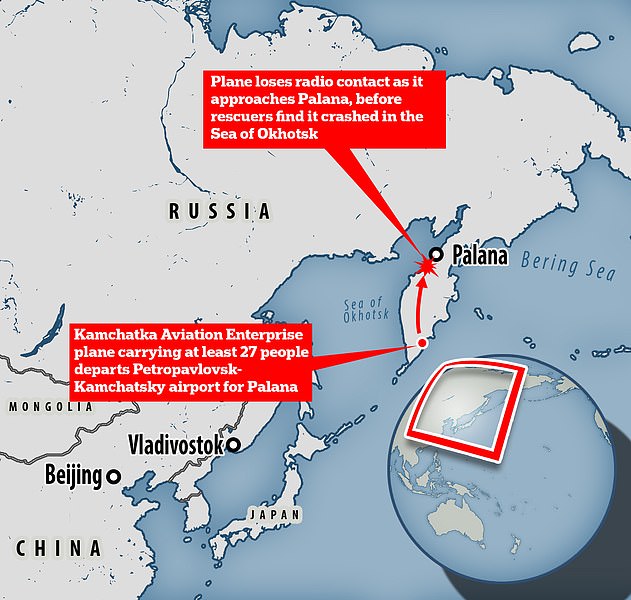 Part of the plane’s stabiliser was found on top of the cliff, Russian media reported, while sections of its tail were found on rocks that drop down into the Sea of Okhotsk.

Other parts of the wreckage were found floating in the ocean including the plane’s radio distress beacon, which is what naval crews tracked to find the crash site.

Several senior officials from Palana village are said to have been on board the flight, including mayor Olga Mokhireva, 42, head of the mobilization department Alexander Andreikin, and his wife Olga Andreikina, who heads the financial department.

The pilot was named as Dmitry Nikiforov, and the co-pilot Alexander Anisimov, 27.

An investigation into the crash is underway, as inspectors say the 39-year-old plane had a certificate of airworthiness and passed pre-flight checks when it took off from Petropavlovsk-Kamchatsky airport two hours before the crash.

The pilots had not reported any faults during the flight.

Aleksey Khrabrov, the head of Kamchatka Aviation Enterprise, confirmed the wreckage had been found but would not give more details. 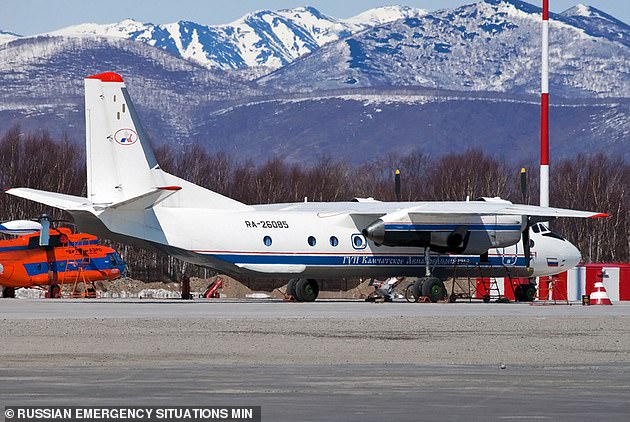 It is thought the An-26 plane (file image) hit the clifftop in low-lying cloud before breaking apart, with parts of the wreck dropping into the sea

Russian prime minister Mikhail Mishustin ordered a special commission to find out what had happened.

A criminal case was also launched into its fate, a normal measure when a plane goes missing or crashes in Russia.

The investigation into the crash of the An-26 plane is ongoing.

A near-identical crash happened on the same section of cliffs back in 2012, when an An-28 plane carrying 14 people from Petropavlovsk-Kamchatsky to Palana hit treetops on the cliffs in poor visibility and crashed.

Ten people, including both pilots, were killed in the wreck which happened around 10 miles south of Palana.

It was later discovered that both pilots had alcohol in their blood, they had approached the airfield too low and along the wrong flight path, and had given false position readings to ground control crews.

Russia, once notorious for plane accidents, has improved its air traffic safety record in recent years.

The last major air accident took place in May 2019, when a Sukhoi Superjet belonging to the flag carrier airline Aeroflot crash-landed and caught fire on the runway of a Moscow airport, killing 41 people.

In February 2018, a Saratov Airlines An-148 aircraft crashed near Moscow shortly after take-off, killing all 71 people on board. An investigation later concluded that the accident was caused by human error.

Flying in Russia can also be dangerous in the vast country’s isolated regions with difficult weather conditions such as the Arctic and the Far East.

The vanished plane was produced in 1982 and was owned by Kamchatka Aviation Enterprise, said local transport officials.

It has a valid certificate of airworthiness, they said.

Will 'pingdemic' paralyse Britain? Bosses warn factories will shut and food could run out

Jurgen Klopp: Liverpool boss enduring one of his most difficult spells after another defeat

NSW homelessness crisis: How families are living in tents because they can’t afford rent