The hand of God: Hero vicar gets high-tech bionic arm… and immediately gives his son, 7, his first ‘proper hug’

When vicar Dan Cant saved a man’s life on a boat holiday despite only having one arm, his son Aaron said admiringly: ‘Imagine what you could do with two arms.’

Now the youngster’s dreams have come true after he searched online for ‘hero arm for dad’ and found a company that makes bionic arms.

Mr Cant, 42, is the first vicar to receive one of the prosthetic arms – which he put to good use by giving his seven-year-old son his first ever ‘proper hug’.

Vicar Dan Cant, 42, from Colchester, Essex, who lost his right forearm in a car crash in 2005, is the first vicar to receive one of the prosthetic arms made by Open Bionics

‘I was able to hold him in two arms and pull him in tight for the first time ever. He was so emotional,’ he said.

Trainee cleric Mr Cant lost his right forearm in a horrific car crash in 2005 when he survived a head-on collision with a motorcyclist that killed his fiancee and the biker.

He now lives in Colchester, Essex, with his wife Leanne, a 42-year-old teacher, whom he married in 2017, Aaron, and two teenage step-children.

Last year Mr Cant helped pull an injured man from a canal and haul him on to a passing boat.

Aaron dubbed his father ‘a real-life hero’ and later searched online for bionic arms – and was jubilant when he found the firm Open Bionics. 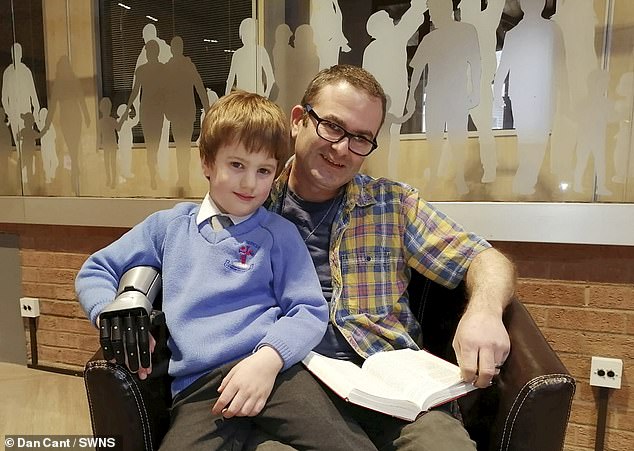 His son Aaron, 7, dubbed his father ‘a real-life hero’ and searched online for bionic arms when he found the firm 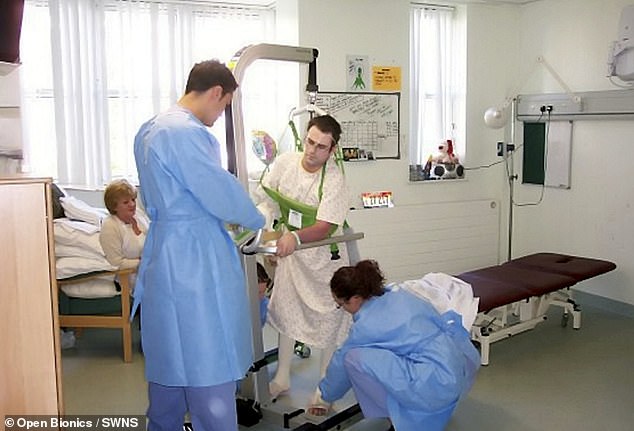 The firm uses 3D technology to design custom-made prosthetics which give the wearer specialised hand control.

They work by detecting contractions in muscles which are amplified and converted to movements.

Since getting the arm Mr Cant says he’s been dubbed the ‘Bionic Rev’.

Charitable body The Worshipful Company of Glovers of London helped fund the £10,000 cost of the limb.

Opinion: As Dodgers dig another playoff hole, ghosts of October past lurk again