A lawyer and elite Christian school board member has been accused of ‘stereotyping poor people’ on a Facebook page she set-up following the theft of her luxury car.

Dr Cullen, a lawyer with the Administrative Appeals Tribunal, jokingly pretended to be the alleged offender on a page called Bridget’s BMW Rescue Journey, the Courier Mail reported.

The public page, which has since been deleted, followed a fictional meth-addicted teenager whose mother is a prostitute living in government housing in Redbank. 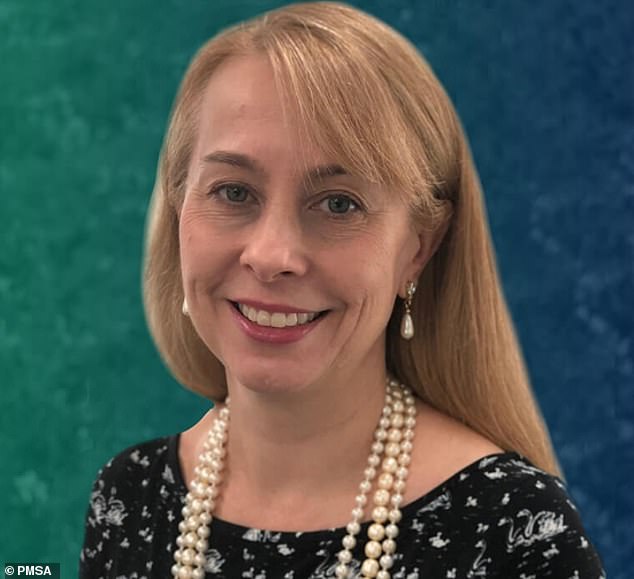 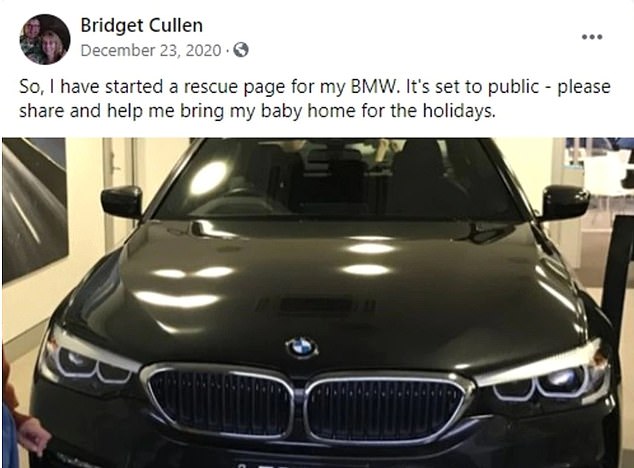 Dr Cullen’s black 2017 BMW 5 series sports car was allegedly stolen from her home in Indooroopilly, west Brisbane in December last year. The vehicle has since been recovered

The series of satirical posts followed the teenager as he drove the vehicle around the local area and continued to break the law, including stealing mobile phones.

‘Driving the beast all over town, buying up big on pseudoephedrine for big cook-up tonight,’ one post read.

According to the posts, the fictional teen had spent time at the Arthur Gorrie Correctional Centre, used fake IDs and referred to people who live in ‘Indro’ as ‘c**ts’.

The teen would also go on ‘benders’ and revealed how when they visited their grandmother for her birthday they yelled ‘What the f**k are you trying to do?’.

Almost 600 followers joined the page, reportedly including Liberal National Party candidate for the Brisbane seat of McConnel in the 2020 state election, Pinky Singh.

Criminal lawyer Tam Elabbasi was also reportedly a ‘top fan’ of the page and allegedly wrote on the Facebook page on January 26 ‘I’m negotiating your movie deal! Easy money lol!’. 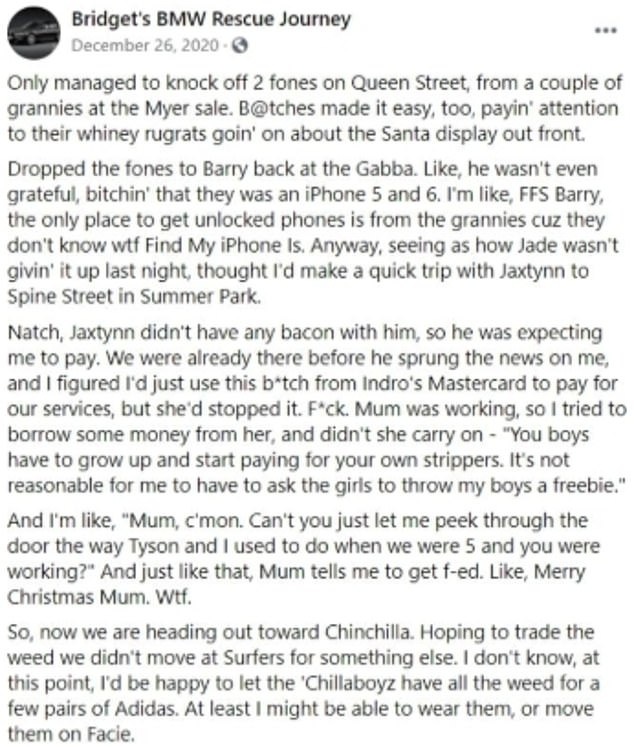 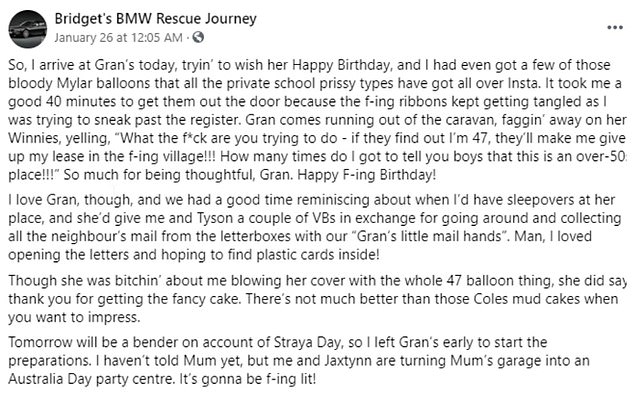 Dr Cullen is a member of the Presbyterian and Methodist Schools’ Association and the acting chair of the Brisbane Boys’ College school council.

A senior source within the schools told the Courier-Mail the posts were ‘wildly inappropriate, and stereotyped poor people in disadvantaged areas’.

Another said they were shocked by the ‘horrific language’ used. 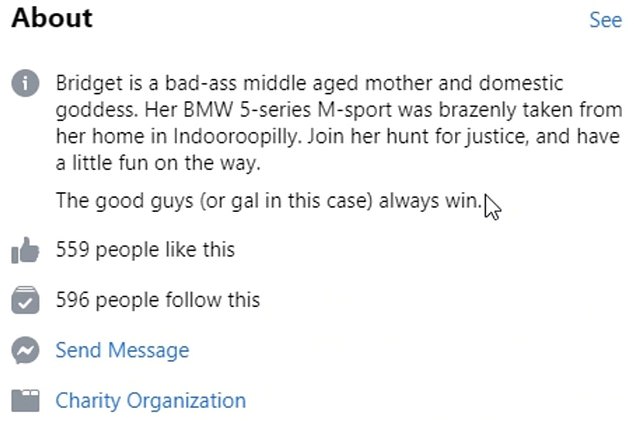 Dr Cullen had been frustrated police were unable to use tracking technology to locate the vehicle because of privacy laws.

She said she created the page ‘to harness the power of social media to assist police in their investigation’.

She said she worked closely with Queensland Police, who recovered the vehicle, and was grateful for their work and for those who provided information in response to her posts.

‘Any attempt to suggest that my posts were more than this would be driven by an agenda that does not respect my status as a recent victim of crime,’ she said.

‘I am committed to social justice, for all persons in our society. It is often the case when a woman is in a leadership position that some people will look for an easy way to cut them down.’ 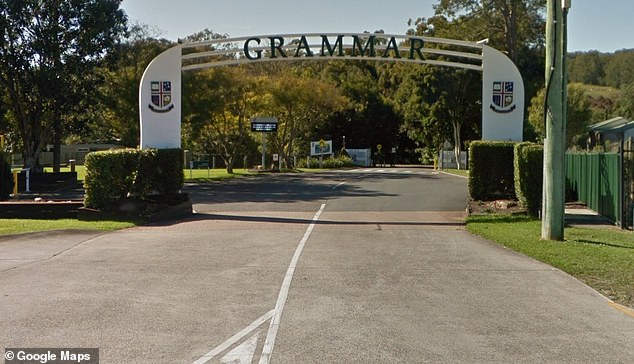 What can be done about the military coup in Myanmar?