A hilarious Instagram account is capturing the weary men who have been left very bored on shopping trips with their partners and families.

People from around the world have been sharing the humorous snaps of the frustrated men who appear bored stiff during trips to the mall and the local shop.

Social media account @Miserable_Men has attracted over 345k followers after posting thousands of photos that see men dozing outside changing rooms and sulking in shop windows.

While some men fiddle with their phones, others put their heads down on the nearest surface in order to catch 40 winks during the shopping trip. 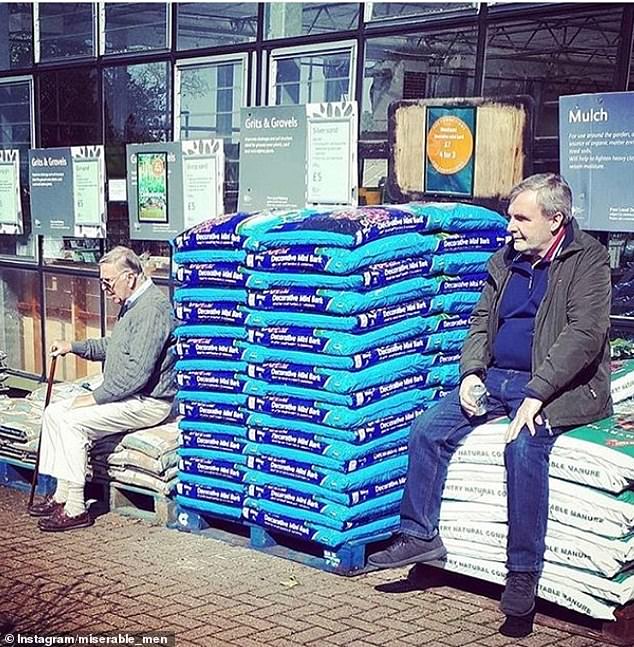 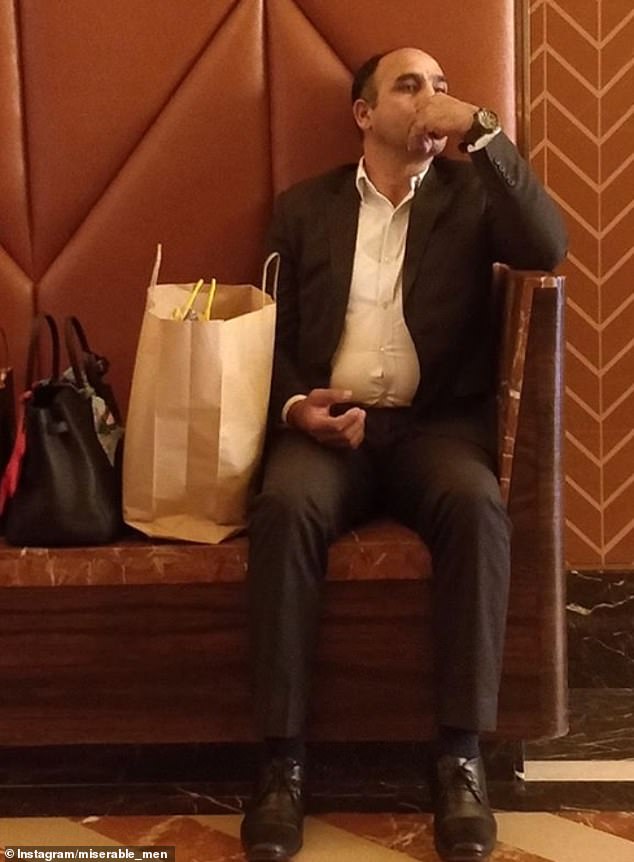 I’ll wait with the bags! One man, from an unknown location, appeared to have been dumped with his partner’s handbag and her shopping as she looked around another store 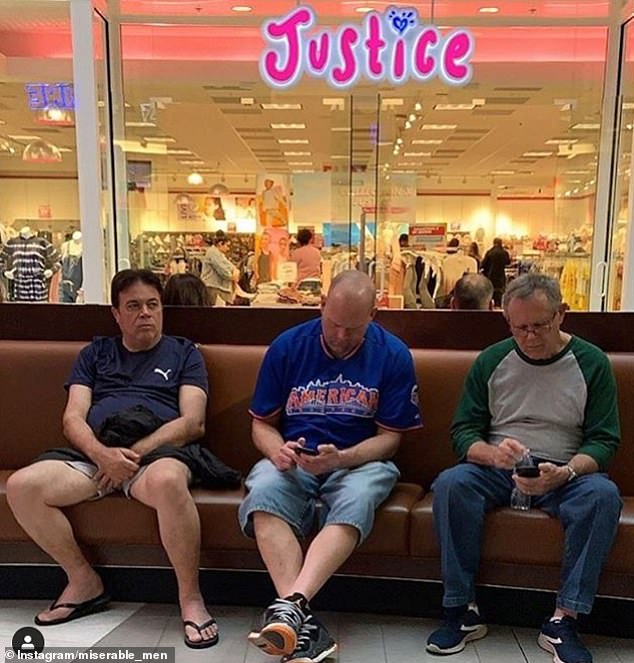 An unbearable wait! Three men, believed to be from the US, appeared bored stiff while waiting for their families to finish shopping 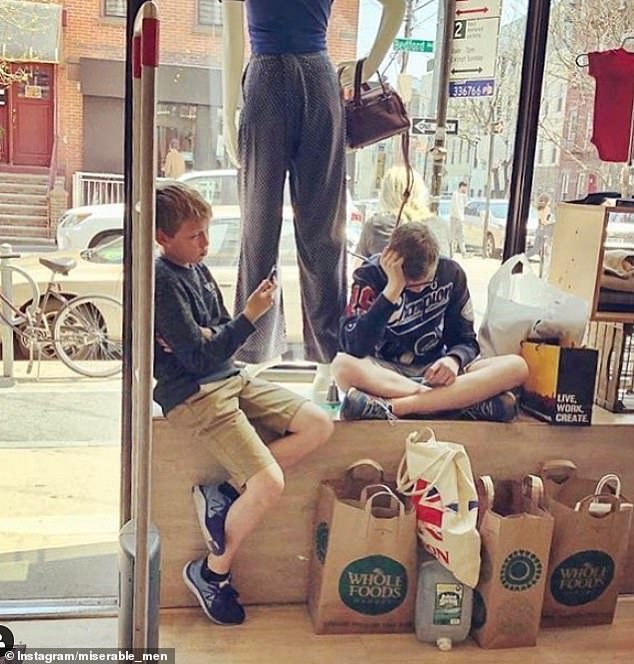 Misery loves company: Two boys, from the US, loitered in the front of a shop as they waited for their family members to finish shopping 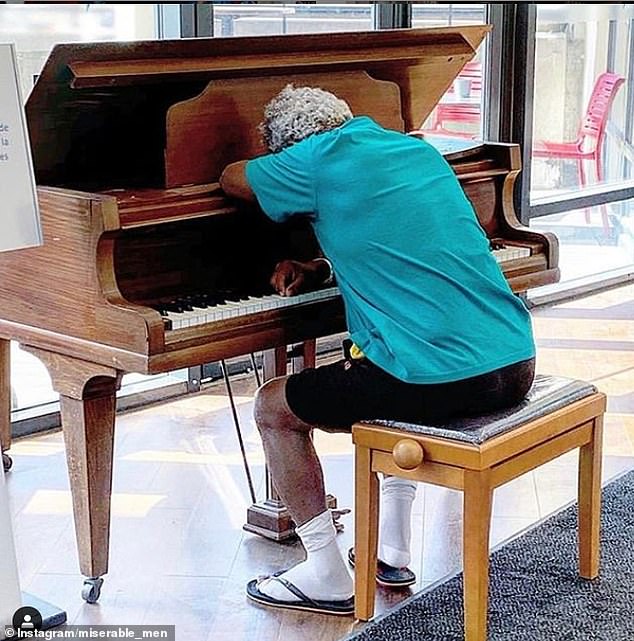 Another person, believed to be from the US, was so desperate to avoid further trailing around the shops that he decided to take a rest on a mall’s piano 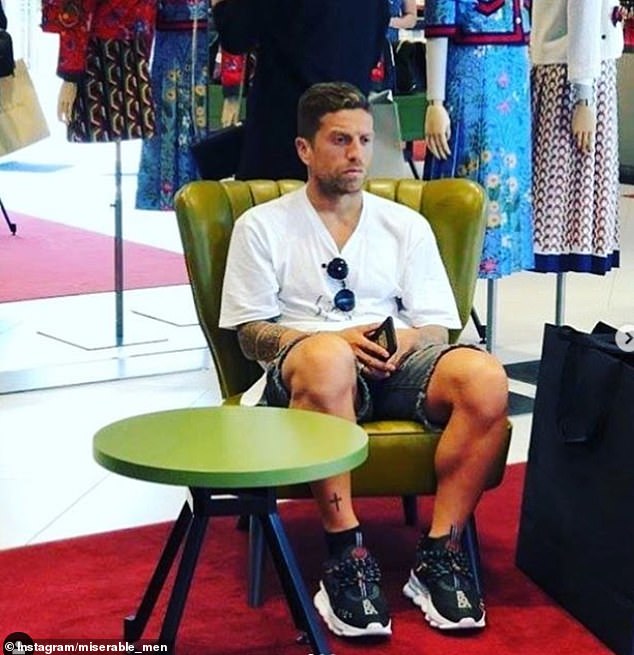 I’d like to be anywhere but here! One man, whose location is unknown, appeared transfixed as he waited patiently for his partner to finish browsing 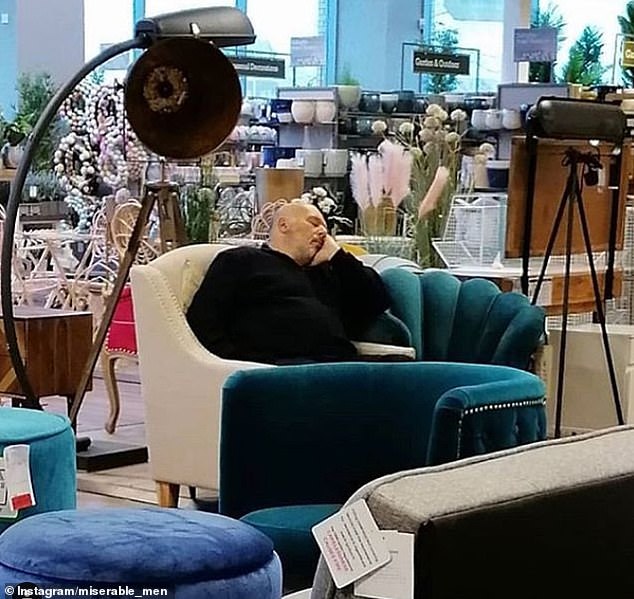 Sleepy: This reluctant shopper took the opportunity to cosy down into a comfortable armchair while shopping for homeware 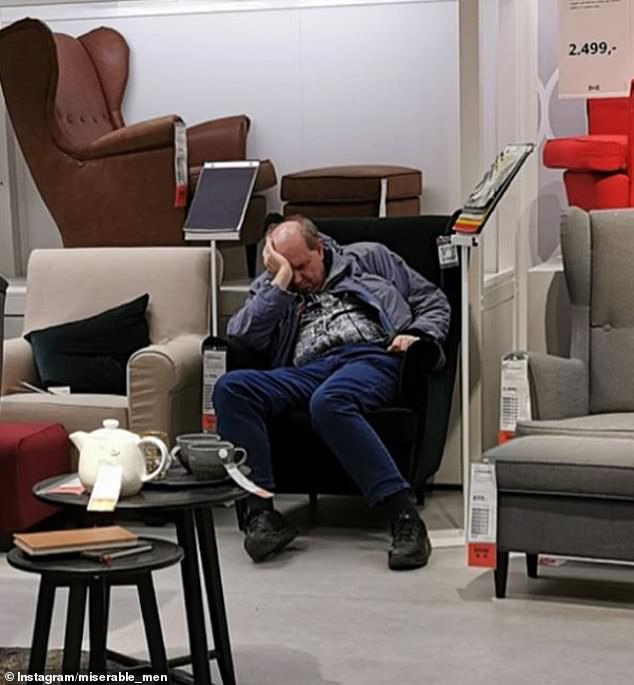 Head in his hands! A bored man makes use of the soft furnishings in a bag shop as he kills time in this photo shared on Miserable Men of Instagram 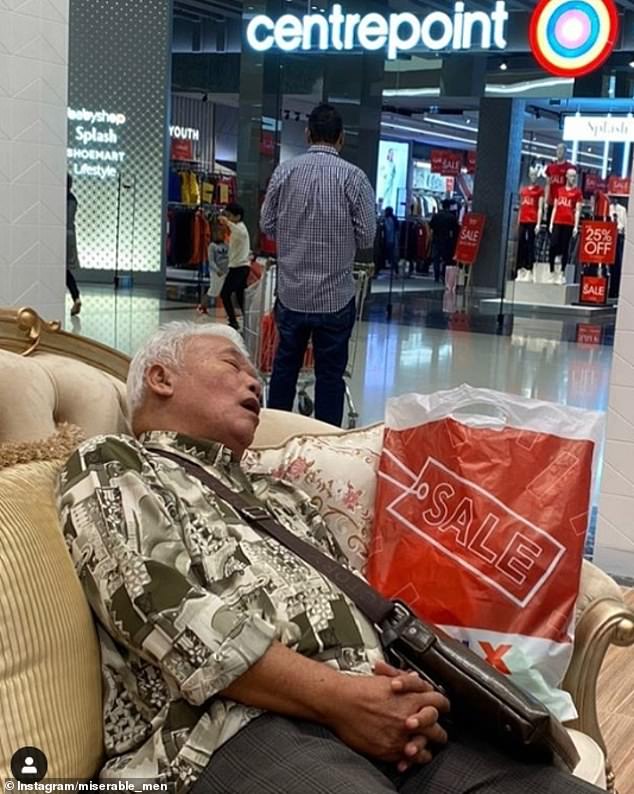 Down and out: The sales were all become a bit much for this man, from Dubai, who had collapsed onto one of the sofas in the store 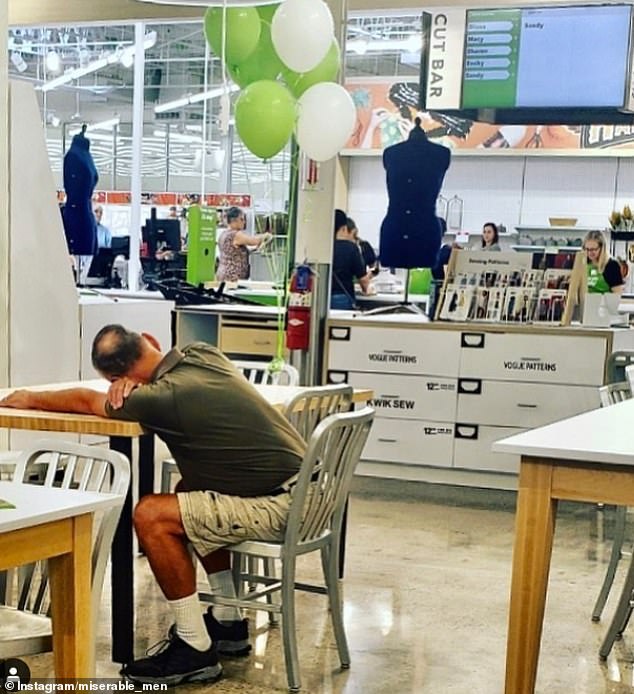 Another weary shopper, believed to be from the US, rested his head against a table while waiting for his partner to finish at the mall 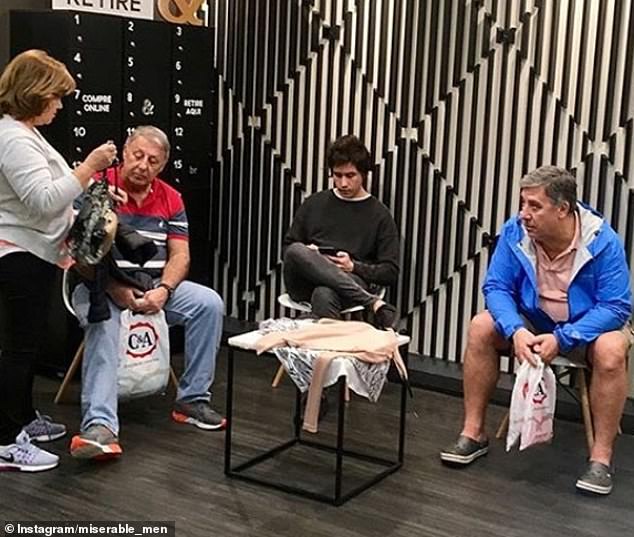 Teaming up! At least these three miserable men have one another to keep each other company on the trip to the mall 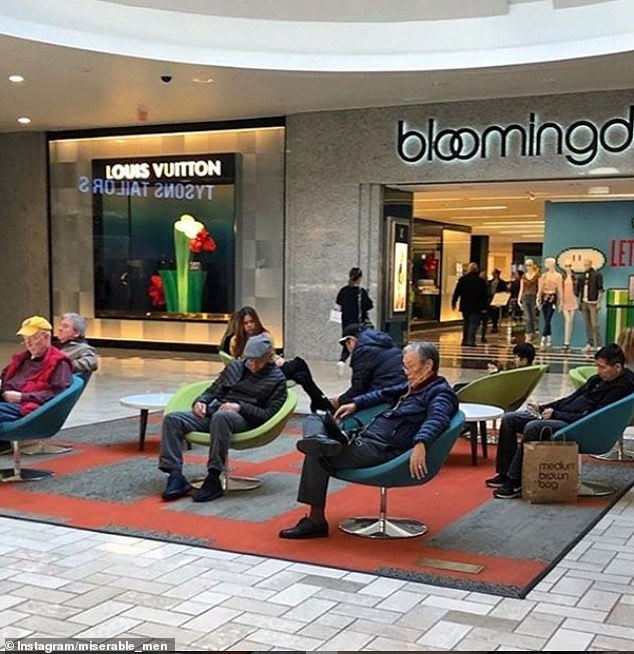 At least we have each other! Six miserable men found the perfect seating area (and each other) outside a Bloomingdales store in the US

US elections: How the race between Trump and Biden has divided America more than ever