Historic landscape immortalised by John Constable set to be ‘concreted over’ with 5,000 homes


When old master John Constable set up his easel in 1804 in a rural Hampshire village, he considered the setting so inspirational he recreated it in watercolours.

But there are now fears the picturesque landscape that he captured in his ‘A View at Hursley’ could soon look a little different – with three solar farms and 5,000 new homes built.

Proposals put forward earlier this week by developers would see an entire town constructed on the downland between the ancient Hampshire village and the nearby cathedral city of Winchester.

The plans for the ‘Royaldown’ development include a new access road, two primary schools, a secondary school, a park and ride, a health centre – all powered by the three solar farms.

It has prompted fears that an area with a unique history including King Alfred’s battle with the Danes and the development of the Spitfire fighter plane could end up being ‘concreted over’.

Local historian Dave Key said Hursley was a popular destination for a number of England’s most prominent artists in the 18th and early 19th century and it wasn’t surprising that Constable should visit. 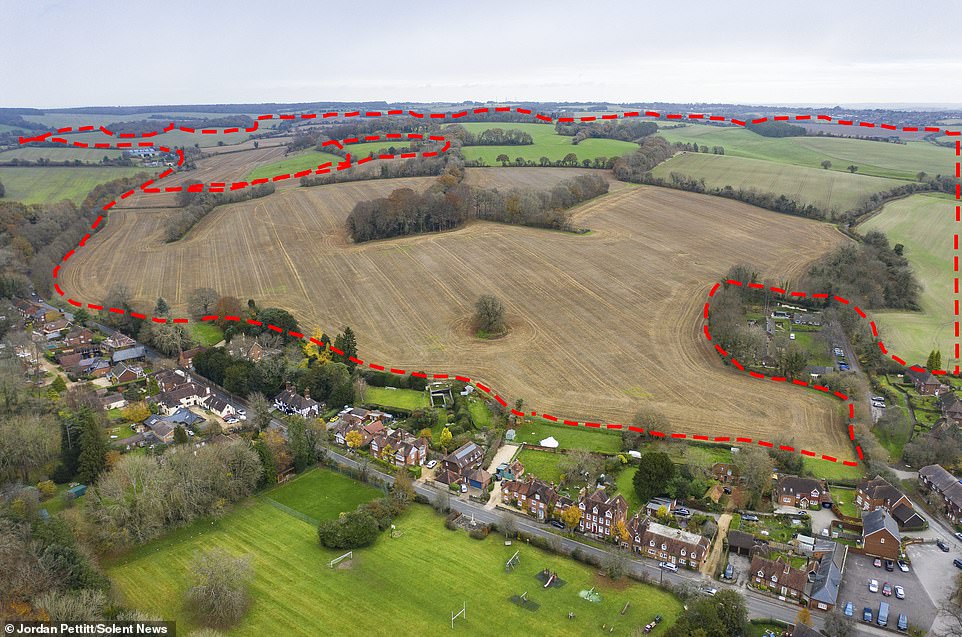 An aerial view of Hursley with the site marked in red earmarked for the possible building of 5,000 new houses in the area

One of the artist’s paintings from stately home Hursley House is currently on display in the Victoria and Albert Museum, while another can be found at the Clarke Art Institute in Massachusetts, USA.

Mr Key, said the proposed site was one of the most ‘historic areas in England’.

He added: ‘The piece of land they are looking at taking up is one of those pristine pieces of Hampshire downland.

‘The whole Hursley area has an incredible history. It has a visible documented history from the 7th century onwards, and a more detailed one from the 12th century.

‘These plans would destroy some of the most historic villages and areas in Hampshire, if not the country.’

Hursley House is an 18th century mansion used by engineers developing the Spitfire during the Second World War. 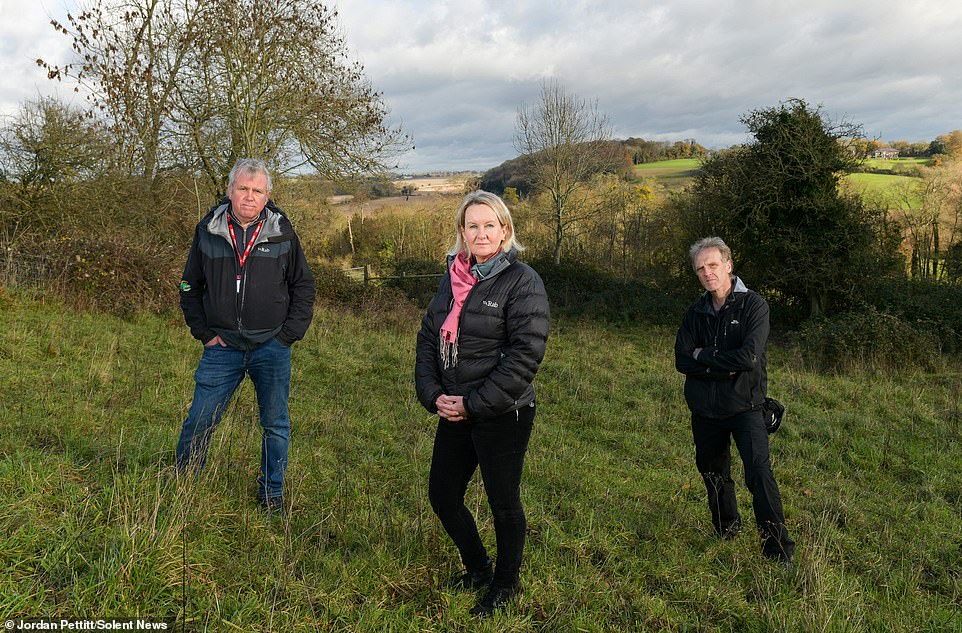 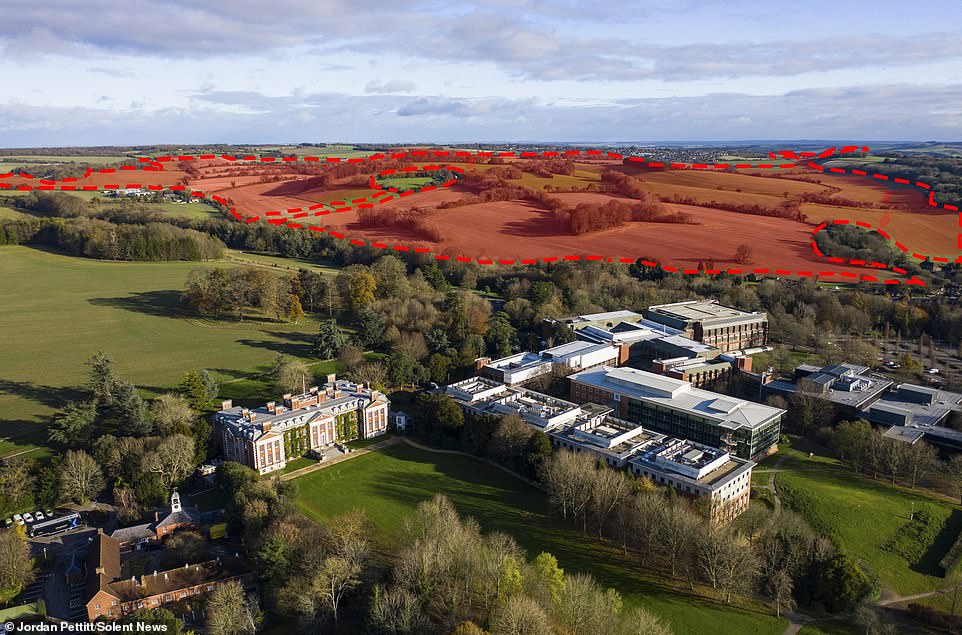 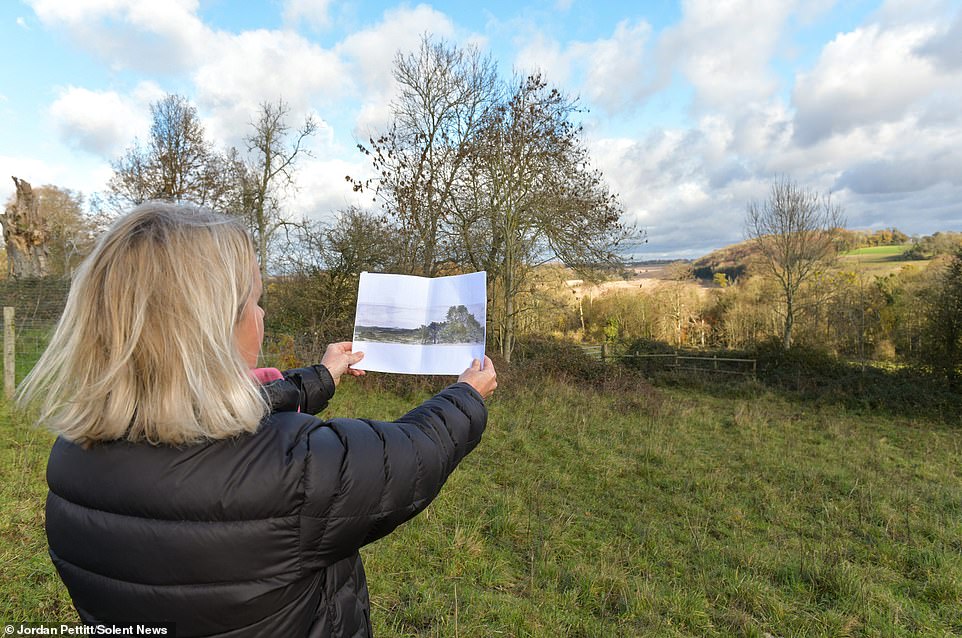 Britain’s art romantic: The life and times of John Constable

Born in Suffolk in 1776, John Constable is considered one of the foremost British artists.

He is most known for his landscape paintings in Dedham Vale, the area in which he grew up.

His most famous painting, The Hay Wain, is now exhibited at the National Gallery.

The Hay Wain was one of six large canvases depicting the area around Flatford Mill in Suffolk.

Another in the series, The Lock, became one of the most expensive British paintings ever sold when it fetched £22.4million at auction in 2012

Despite his works now attracting huge fees, Constable was not financially successful in life.

He also struggled to gain recognition from his peers and was not elected into the Royal Academy until the age of 52.

He died in March 1837, aged 60, of apparent heart failure, and was buried with his wife.

His children John and Charles are also buried in the tomb.

Mr Key said the Grade II-listed building which has stunning vistas across the South Downs, has covenants in place to prevent construction that could destroy the view.

He continued: ‘The sweeping downland that runs from Winchester to Hursley has been commented on by writers and artists from the earliest travel writers like Daniel Defoe to figures such as John Constable, who painted three views from the house.

‘The proposed plans include a number of massive solar farms being stuck up, with one to be built on some of that beautiful unspoiled downland.’

Hampshire County Councillor and Hursley resident Jan Warwick said it would be wrong to ‘overshadow’ the history of the village.

She said: ‘The history can be traced back to King Alfred fighting the Danes, Constable, and then to WWII and the development of the Spitfire.

‘There is a lot of historical significance in this area and it feels wrong to overshadow all of that.’

David Killeen, chairman of Hursley Parish Council, agreed. He said: ‘5,000 houses would turn us from a rural area to an urban area.

‘We are talking about a massive greenfield site here when as far as I’m aware there are other brownfield sites that could be developed first.’

Conservative Winchester MP Steve Brine blasted the proposal which he said would ‘concrete over vast swathes of the countryside’.

He said: ‘The overriding point is there is no evidence that Winchester requires 5,000 houses before we even get onto the implications for infrastructure and the ecology.

‘What locals value is what we call the landscape setting. That is extremely valuable to quality of life and to mental health.

‘These proposals would see Hursley become nothing more than a row of houses, a couple of pubs and a few shops that sit around a very busy road.

‘We will not build back greener and protect our environment by concreting over vast swathes of the Hampshire countryside.’ 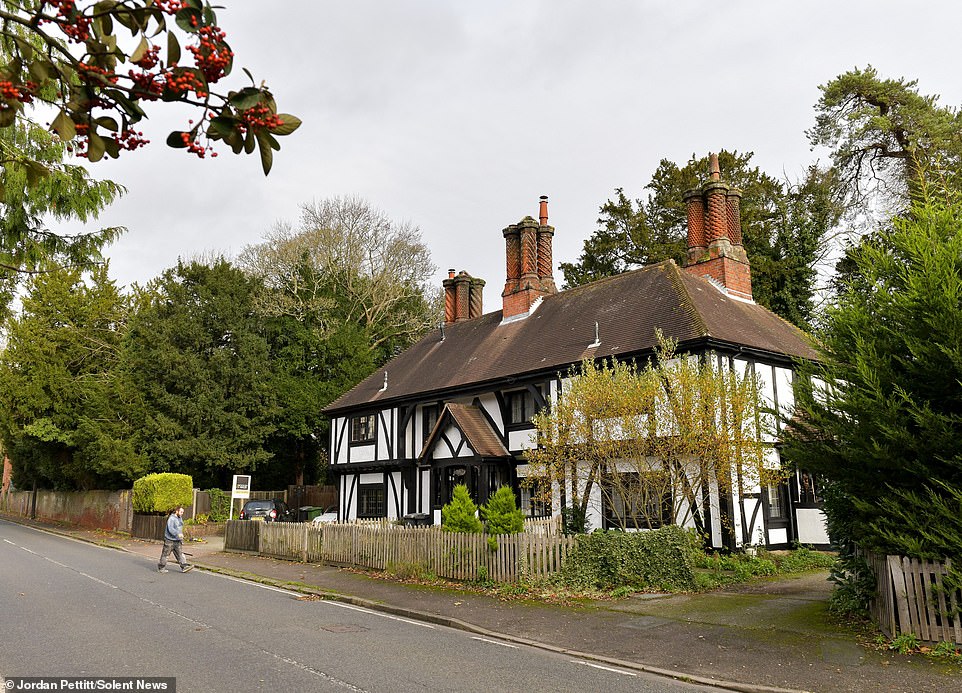 Perched on the edge of the South Downs, the countryside was immortalised by the 19th century artist in water colours 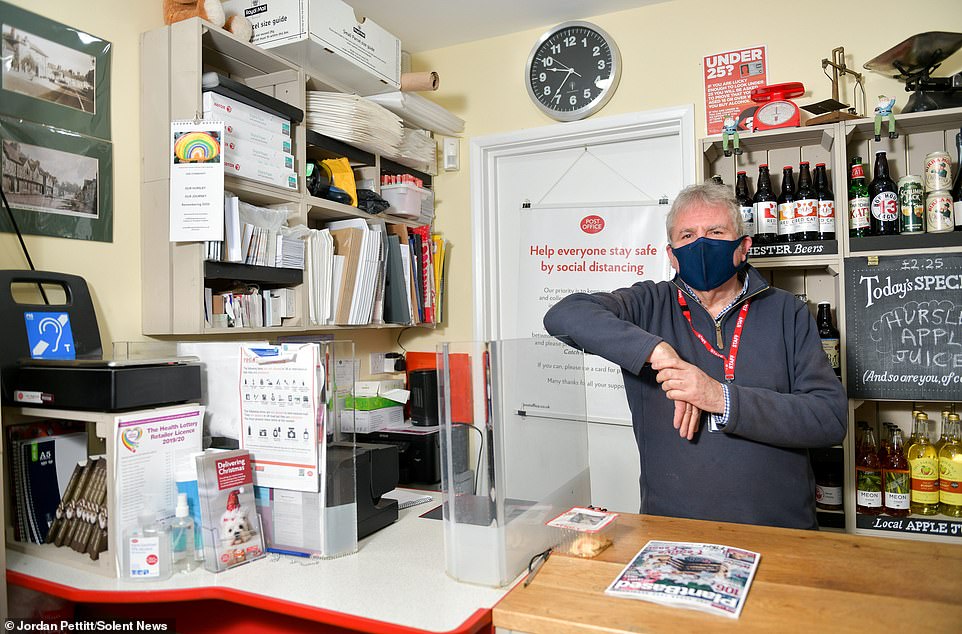 The site, which is owned by a single landowner, is not specifically covered by any national, regional or local landscape designations.

Constable painted three paintings at Hursley House – one has since been lost but the other two are believed to depict views from the estate to the north and south.

The north facing picture is held in the Clark Art Institute in Massachusetts, and it is this landscape that is at risk of being lost if the Royaldown proposal goes ahead.

The south facing water colour, is currently part of the Victoria and Albert Museum’s collection in London and is thought to show the view across the Solent to the Isle of Wight.

Mr Key, having studied the two images, both painted in 1804, said that although it was hard to be completely sure, he was confident the north facing image showed the downland at risk.

In 1958 IBM started using the mansion and its grounds as development laboratories and the lower floor of the house is now home to the IBM Hursley Museum.

James Turner, of proposed developers the Lightwood Group, said: ‘This scheme has been put forward as there is an ongoing requirement to deliver new homes within the local plan.

‘Royaldown is a new way of building a community, which has been designed with Climate Change and people’s changing lifestyle needs at its heart.

‘We plan on sharing more detailed information in the coming weeks, which will inform people’s opinions on Royaldown, and demonstrate that this is a community scheme for the changing way in which people will want to live in the future.’

‘A submission to the SHEELA does not mean that the site will or should be developed and the proposal on this site is one of many we are currently assessing.

‘We await clarity from the government on the number of new homes required for our district and will ensure the most suitable sites are allocated for future development in order to meet housing needs.’

Ten things we learned from this weekend's Premier League action

How to lower your utility bills and energy costs

Face mask that stops you mumbling and loo that gives you health MOT: Gadgets unveiled at tech show

Washington DC was abuzz with National Guard troops on Saturday, as governors answered the urgent pleas...