A young family saw the purchase of their dream home quickly turn into a disaster when they discovered it was riddled with mould.

Megan and Jake Holah bought the three bedroom house for $480,000 in Pakenham, Melbourne, in March, only to find a hidden infestation so bad the was house unsafe to live in.

Both Jake, 26, who is in remission from cancer and Darcy, 1, who was born with ‘compromised lungs’ and has severe eczema, are advised against living there.

Jake had a gruelling six-month chemotherapy treatment for lymphoma in 2019 that saved his life, but the cancer took its toll on his body. 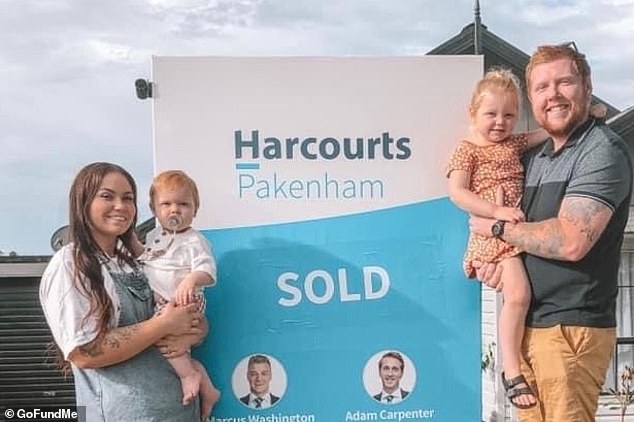 Megan Holah, 24, (pictured left with son Darcy) and her husband Jake (right, with daughter Brooklyn) thought they’d found their dream home – until it turned into ‘an utter nightmare’ 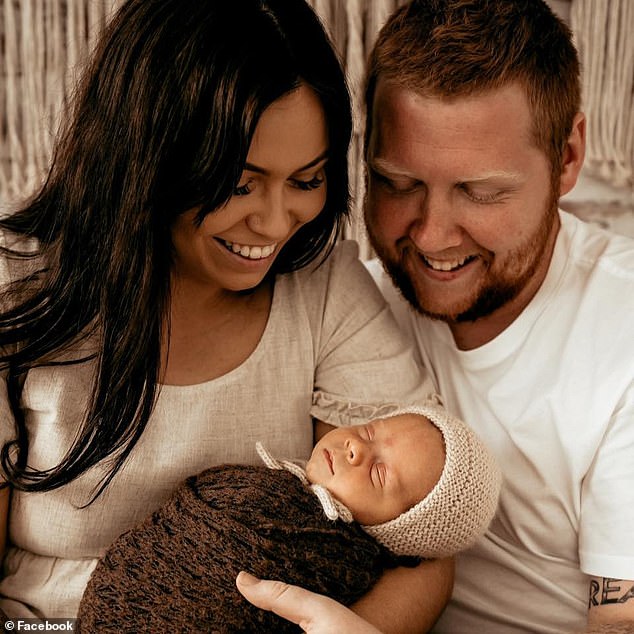 Megan Holah (left) and Jake Holah, with their newborn son Darcy in 2018

They also have a three-year-old daughter, Brooklyn.

The family must vacate their rental property, also in Packenham, by April 20, leaving them with nowhere to live from next week.

‘This was supposed to be one of the best experiences of our lives, that we’ve worked so hard to get to, and it’s been an utter nightmare,’ Mrs Holah, 24, said.

The cost of the removing the black mould from the kitchen and bedroom was quoted at $14,000 – but that was just the start.

Disaster recovery specialist Ametc told the Holahs they would also have to replace the kitchen and the wall to Brooklyn’s bedroom to ensure the mould hasn’t spread.

Insurer RACV told the couple their policy would not cover the cost of the repairs – which could top $25,000 – because the mould pre-dated their occupancy. 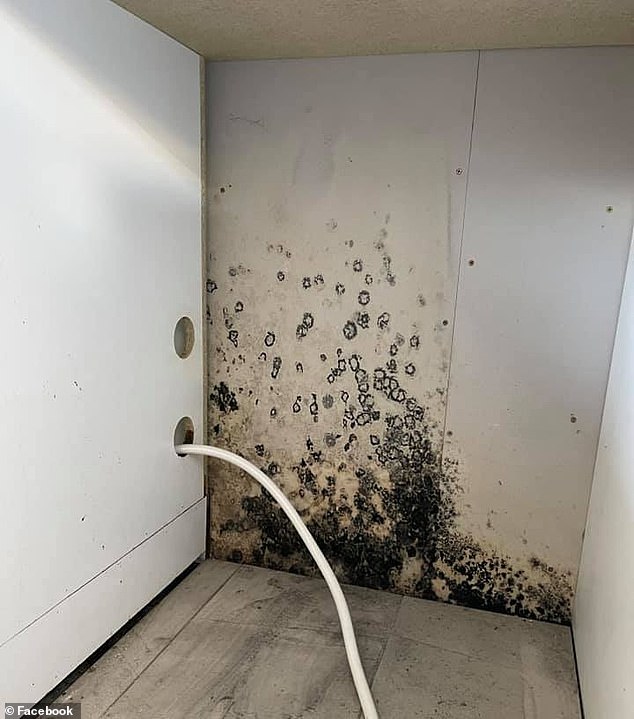 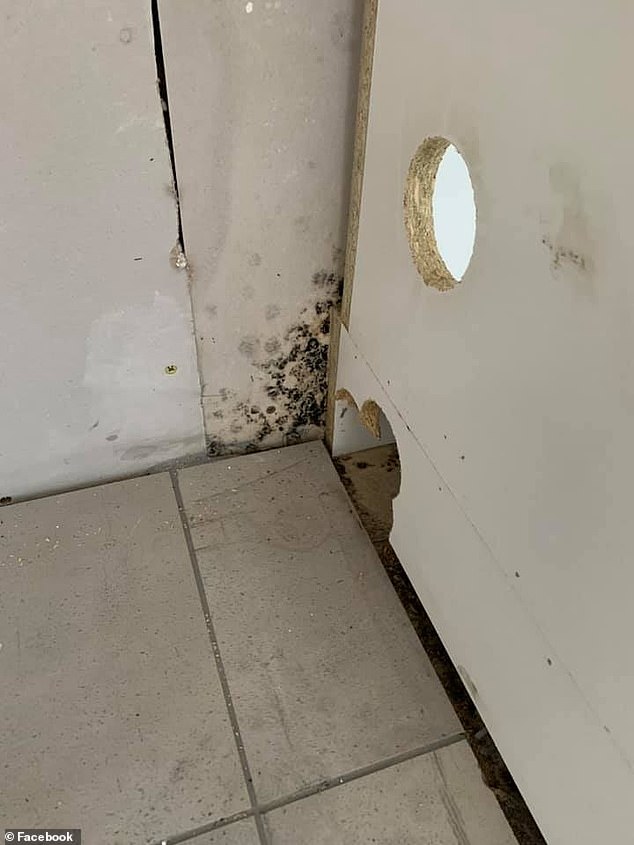 The Holahs managed to contact the previous owners – also a young couple – through their conveyancer and the selling agent, Harcourts – but were told decisively they would not help.

‘The message we got, twice, was “not our house, not our problem anymore, we want nothing to do with it. Stop calling”,’ Mrs Holah said.

She also claimed that during an inspection before settlement ‘the previous owner stood in front of the washing machine in the kitchen, and didn’t move’.

Plumbers told the Holahs the mould started with a dodgy hose fitting from the washing machine.

When they moved, the previous owner left the washing machine behind.

Mrs Holah also claimed she and Jake paid an extra $2,000 to fix ‘DIY electrical repairs’ to make the house safe.

‘We are mentally drained and exhausted. But [we are] pushing through because all we want is to move into our home,’ she said.

‘It’s the kids getting us through, they look up at you and they don’t understand what’s wrong.’ 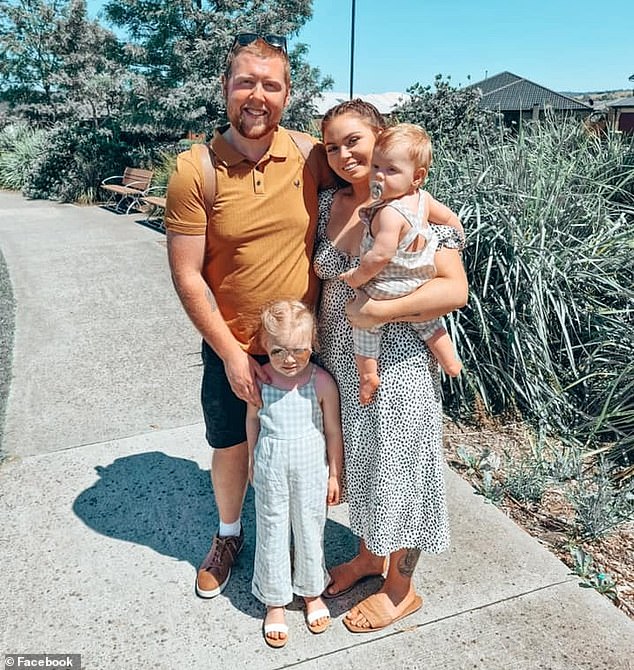 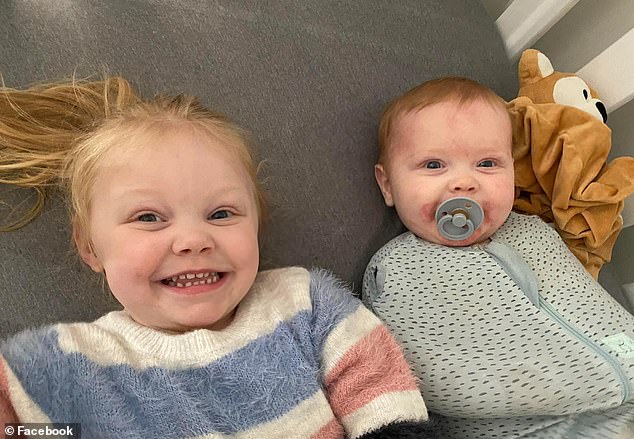 ‘My business will suffer because I won’t have an office next week,’ she said.

‘But we thought, “we’ll just wear that one because we want to get in”. Then we discovered the mould issue.’

‘I knew there were horrible people out there, but you have to be pretty bloody heartless to do this.’

‘Not only willingly let a young family move into a home clearly not safe in any way, but then continue to completely shut us down when we’re asking to help rectify it which literally would’ve cost them nothing.’

Mrs Holah said she has no complaints with RACV, which offered to pay for accommodation until it makes a final decision on the family’s claim. 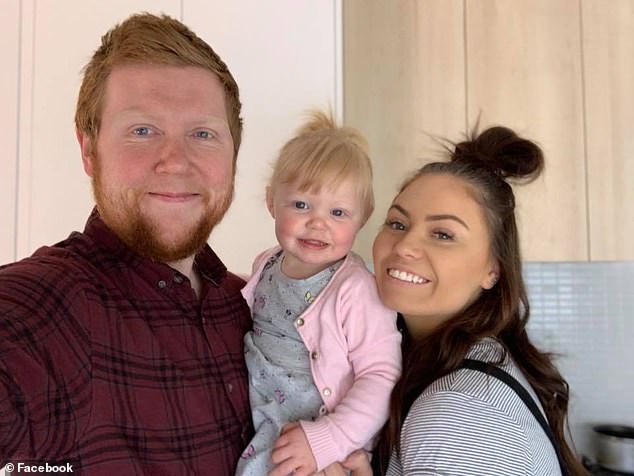 The Holahs will be technically homeless from next week, although their insurer may pay for accommodation while it makes a ruling on their claim 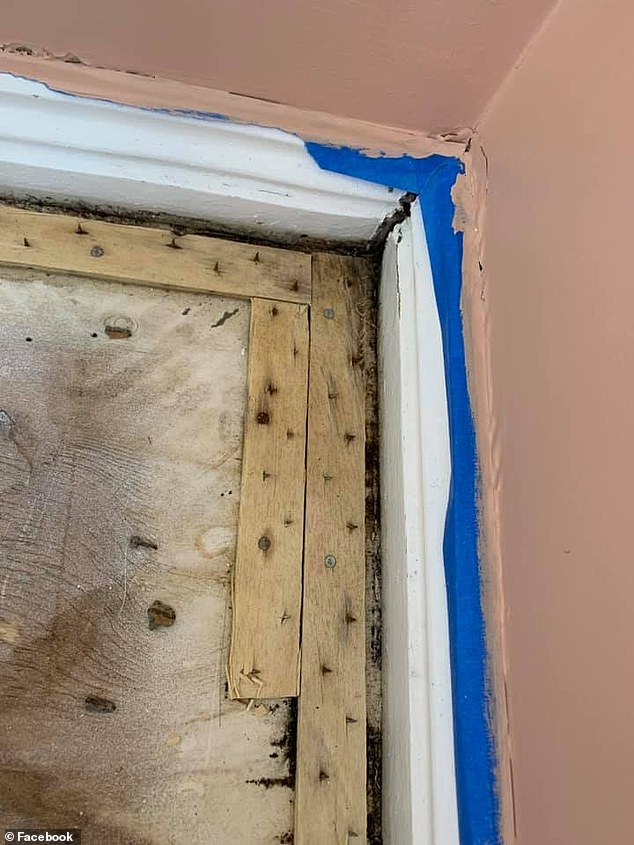 The Holah’s dream home is only 30 years old, but in places there were signs of dodgy building work, especialy DIY electrical repairs

But if the decision goes against them they may have to repay the company for the accommodation and face living on friends’ sofas until their home is safe to live in.

Mrs Holah admitted she and Jake did not get a building and pest inspection report before buying the home because they were not advised to.

‘We paid $4000 for a conveyancer and we assumed that either covered it or she would recommend inspections if they were needed,’ she said.

‘Now it baffles me that building and pest inspections are not compulsory on every home sale.’

A friend of the couple, Chelsea Kent, began a GoFundMe page to try and help raise money towards the cost of the repairs – likely to be more $25,000.

As of Wednesday morning, it was more than half way to its $5,000 target.

Mrs Holah said she inquired about legal options to claim some form of compensation from the previous owners.

‘So far we’ve just been referred from one organisation to the next in a giant loop and it always ends with them saying we need a solicitor,’ she said.

‘But we can’t afford a solicitor. We spent all out money getting the deposit together for this home.’

Tokyo 2020 Olympics: How ready are Japan and Team GB?