Holy Week 2022: Holidays in Mexico with half the country prohibited due to violence 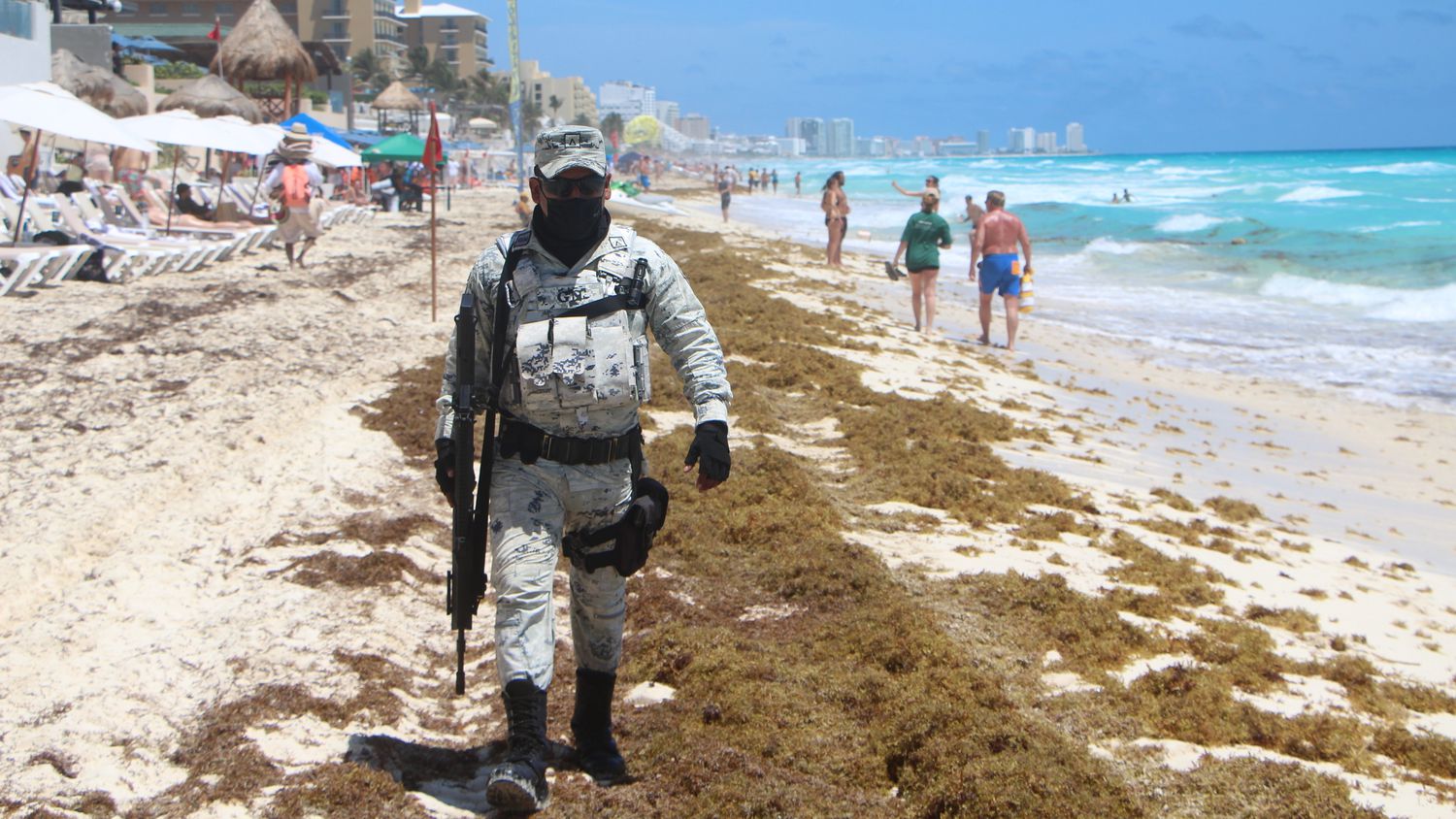 “Like Mexico there are not two,” President Andrés Manuel López Obrador recently said to praise the country’s rich landscape and culture. And how right he is, but not only for that reason: it is not easy to find such beautiful places in the world where violence makes them impassable. Paradise is not always recommended, no matter how holy the current week is said. To have a detailed map of those places, roads, tourist destinations, magical towns and world heritage cities where it is better not to set foot, the recommendations that the United States makes to its citizens and officials are undoubtedly useful. In five states out of 32, they directly recommend not to travel; in 11 they ask them to reconsider visiting plans if they had made them; in 14 that extreme precautions are taken and only two, Campeche and Yucatán, seem to offer a calm journey, with the usual precautions for tourism or foreign visits.

Destinations that were once golden for the most glamorous Americans, such as Acapulco, are now prohibited for security reasons. Mexicans from the capital still go en masse to the pearl of Guerrero when they have days off, but they know that you can’t even take a taxi safely, much less at night. That the bullets left dead on the beaches once the fruit of the exotic desire of half the world. Zihuatanejo or Ixtapa, two destinations highly valued by Mexicans and foreigners alike, are not spared in the US document: Pacific beaches that have little of that.

Also in Guerrero, the magical town of Taxco, one of the jewels of the State, is designated as difficult to access and some routes are recommended to enter it, such as federal highway 95-D that passes through Cuernavaca and Morelos. Kidnappings of foreigners for ransom are common on many Mexican highways, so check the map. There are other magical towns, such as San Sebastián del Oeste, a rural beauty between green mountains, bordering Nayarit, where it is common to see the SUVs of drug-related criminals speeding along paved roads and dirt roads. Reason why it is not recommended to use route 544 between Mascota and San Sebastián.

Michoacán is one of the Mexican States that gathers the greatest tourist interest. It has lakes and beaches, history and monumentality, not to mention the countryside where the avocados and lemons that Americans love so much are grown. But it is also one of the most conflictive destinations. The violence there does not let up. If you have to go, which you shouldn’t, according to the US embassy, ​​the trip is limited to some areas: the capital, for example, and by marked routes, or by air. Not even the monarch butterfly reserve, which nests in cones on the trees in one of the most impressive spectacles in the world, is exempt from restrictions. The most beautiful rural areas are sometimes the most dangerous because organized crime uses them for their merchandise or to deforest them in search of plantations that are more beneficial to them.

There are, however, other paradises that, despite the violence they have endured in recent times, maintain an open entrance, even with all the precautions. This is the case of the Caribbean or Baja California, places where you hear almost more English spoken than Spanish, or Chinese. “Criminal activity and violence can happen anywhere, at any time, including in popular tourist destinations. Travelers should maintain a high level of situational awareness, avoid areas where illicit activity occurs, and quickly move away from potentially dangerous situations.

“While not targeting tourists, shootings between rival gangs have killed or injured innocent bystanders. In addition, US citizens have been victims of violent and non-violent crimes in tourist and non-tourist areas. Although no travel restrictions are imposed, “U.S. government employees are advised to exercise extra caution after dark in downtown Cancun, Tulum, and Playa del Carmen, and to stay on pedestrian streets and tourist areas. well lit.”

Generally, the most touristic destinations are spared from the conflict that devastates Mexico from side to side, but there are times when crime rages unceremoniously with the large amount of money that tourism leaves in this country. In Quintana Roo, where beaches with luxury hotels stretch out, it is feared that the sound of bullets will end up rotting one of the areas most appreciated by tourism.

Cabo San Lucas, San José del Cabo and La Paz, in Baja California Sur, are also freed from the restrictions imposed on officials, who must also be useful to ordinary citizens.

Baja California has the Sea of ​​Cortez on its inner side, which it shares with Sinaloa, also with beautiful beaches. It is recommended not to travel to this State due to crime and kidnappings. Access to Mazatlán, one of the favorite destinations, is only recommended by air and sea and with limited enclaves such as the Golden Zone or the historic center. The same happens with Los Mochis and Topolobampo. Direct routes, nothing to get lost on secondary paths to adventure.

Oaxaca, perhaps one of the entities that offers the most to the traveler in any of its corners: beaches, mountains, traditions, shopping, history, monuments and gastronomy. It preserves a good part of the territory safe from bullets and other crimes, but travelers are asked to avoid some areas of the Isthmus as well as the border with Chiapas to the east. But they can enjoy the capital, the archaeological zone of Monte Albán, Puerto Escondido and Huatulco. Less violence, more money.

Mexico has in its capitals one of the greatest tourist attractions. Declared World Heritage are, for example, Zacatecas or Querétaro. To visit the second, extreme precautions are requested. If it was planned to meet the first, the traveler should reconsider his preference. Zacatecas is mired in macabre violence in recent times. Its beautiful historic center has closed many businesses, something that can be seen on a walk through the city. The night becomes disturbing.

Guanajuato preserves for tranquility the colorful capital and the town of San Miguel Allende, one of the most beautiful in Mexico. And Puebla shows no major problems to enjoy its immense heritage.

From the capital, the US authorities point out that violent crimes do not occur throughout the city, so they recommend avoiding areas less frequented by tourism and taking extreme precautions at night. “Misdemeanors occur frequently in both tourist and non-tourist areas. US citizens and LPRs [residentes permanentes en el país] They have been kidnapped.”

The recommendations are always more restrictive than what the traveler feels once in the chosen area. Mexico may not be a destination to enjoy the night in all its dimensions, but during the day, with the usual precautions, there are still thousands of square kilometers where you can take home a good memory of Holy Week.

NBA: LeBron and his future in the Lakers: “Here I already won the ring, but I want more”

NBA: LeBron and his future in the Lakers: "Here I already won the ring, but I want more"