Homeowners share snaps of home disasters – including a collapsed porch

Disaster strikes! Social media snaps reveal homes left in ruin – from a flooded bathroom to a study covered in SNOW

We have all had a bad day when we feel like nothing else could possibly make it any worse – but these homeowners have proved it can.

People from around the world  have been sharing home disasters online, with Bored Panda collating the most shocking images into a hilarious gallery.

One unfortunate homeowner was left gobsmacked when their entire porch collapsed, while another unlucky person showed the results of forgetting to shut their window during a snowstorm.

Elsewhere, one person was left horrified after a plant pot smashed their toilet to pieces and another homeowner discovered their bathroom was flooded up to waist height.

Here, FEMAIL shares some of the DIY and building disasters that extremely unlucky homeowners were faced with. 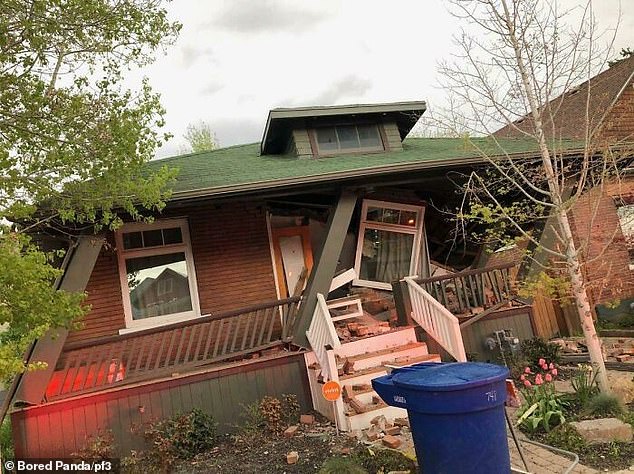 A hilarious gallery, collated by Bored Panda, features snaps that people from around the world have shared of their home DIY disasters, including a porch that completely collapsed (above) 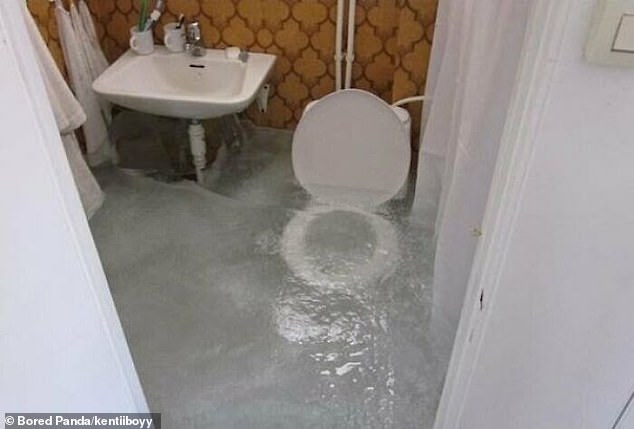 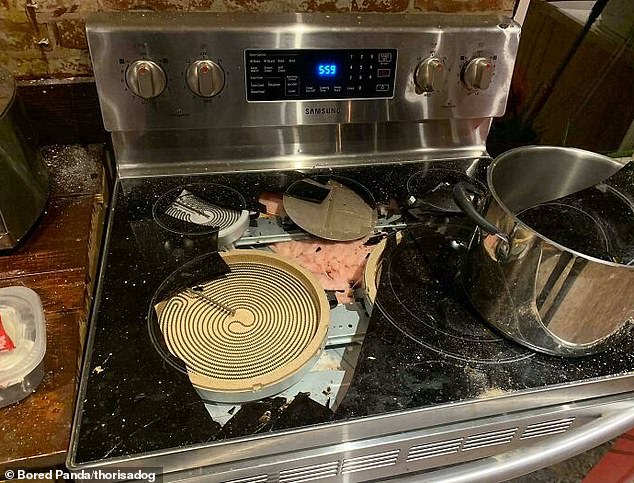 Elsewhere, another homeowner, whose location is unknown, was left furious after their cabinet broke lose and destroyed their newly installed glass top stove 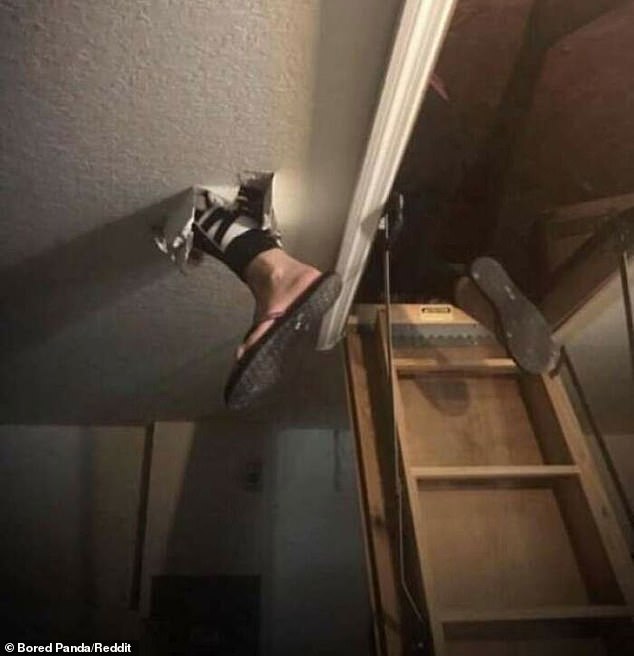 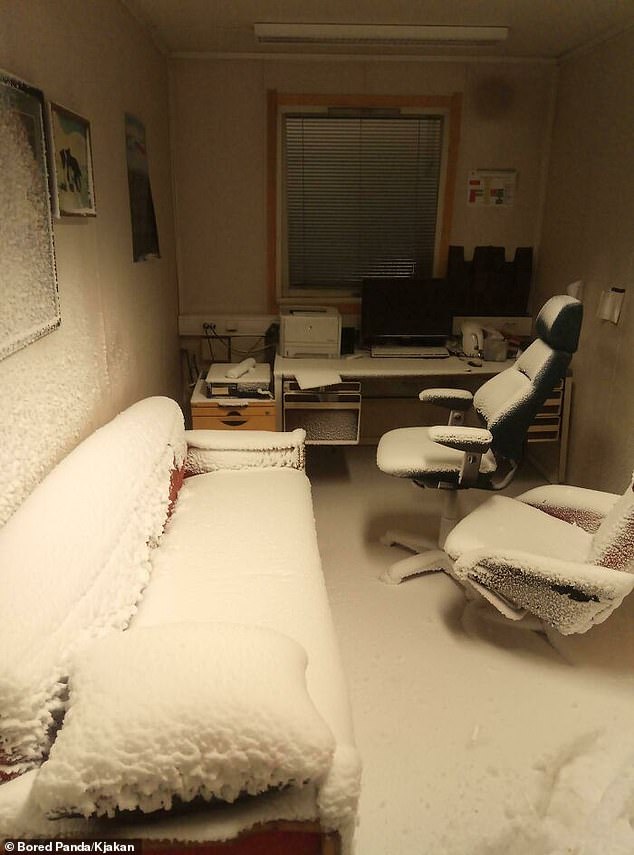 One unlucky person, from Svalbard, Norway, forgot to close their window during a snowstorm and came back to find their study was much chillier than when they left it 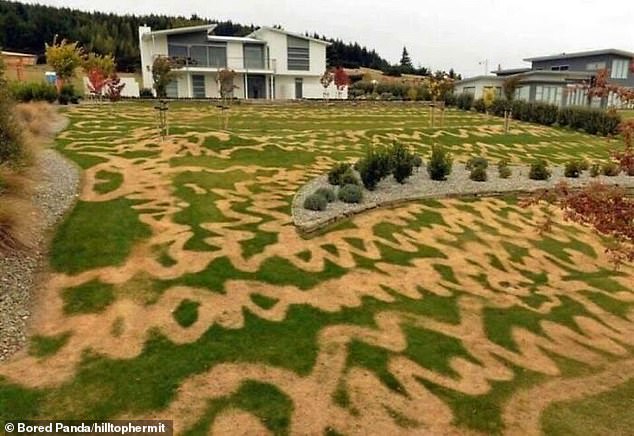 An amateur gardener, believed to be from the US, accidentally destroyed their luscious green lawn by throwing weed killer across it 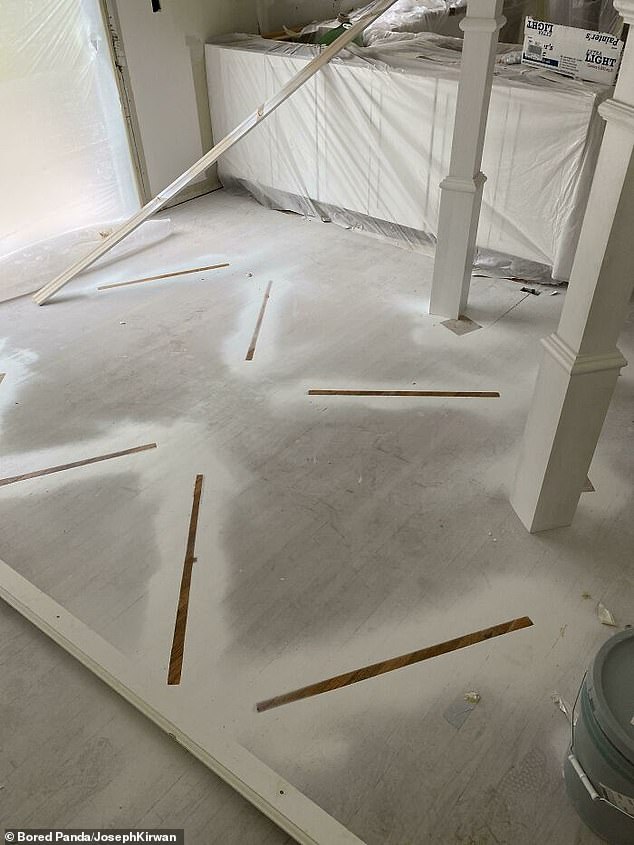 Some painters proved that everyone can be forgetful after they forgot to put down the plastic covering on the floor while painting the homeowner’s doors, completely ruining the floor 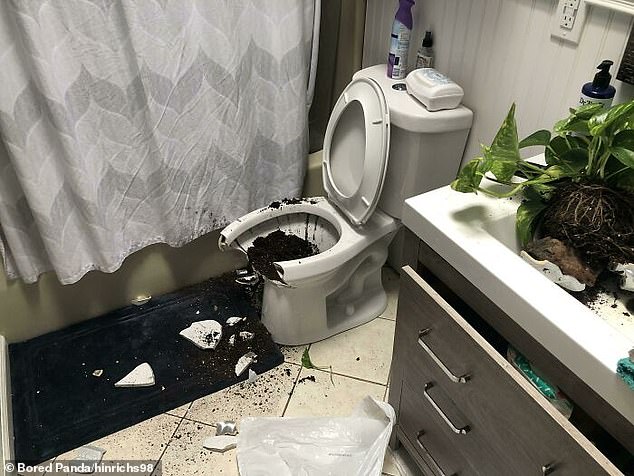 A man revealed that his wife bought a new plant pot and put it on the shelf above their toilet, only for it to fall down and smash their toilet to pieces an hour later 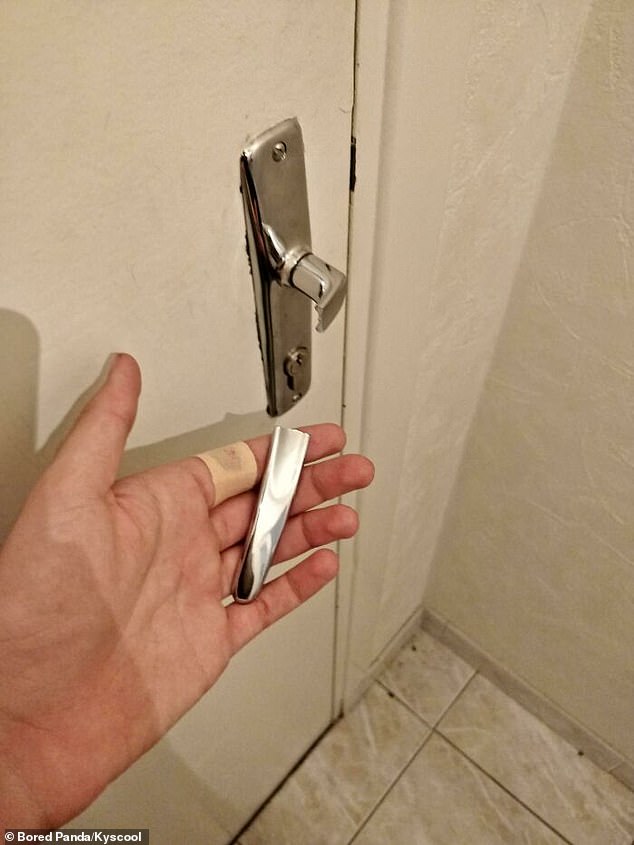 One extremely unlucky man, whose location is unknown, tried to open his door but was instead left shut out of his room after the metal handle cleanly broke off in his hand 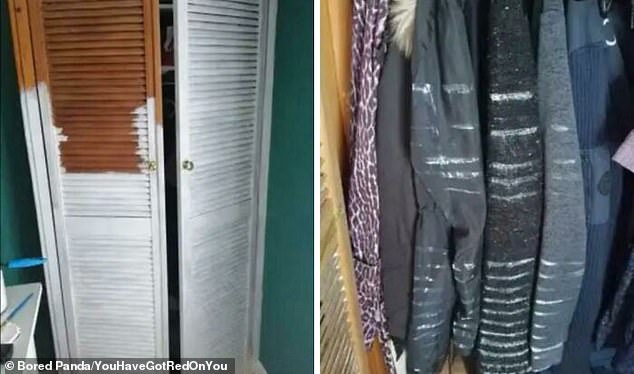 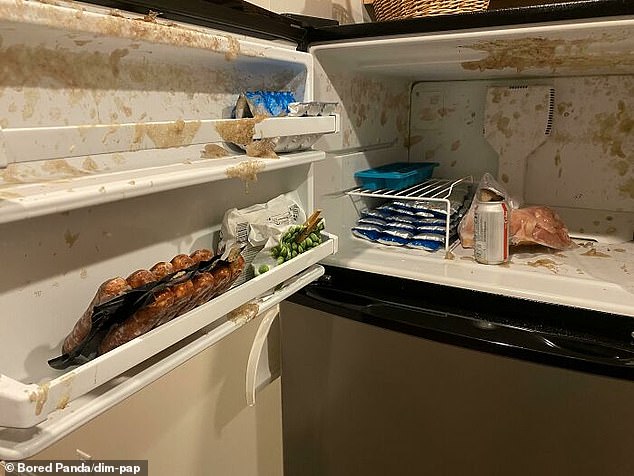 Another person had a craving for a ‘cool soda’ and popped one in the freezer, but completely forgot about it and came back the next day to find it had exploded 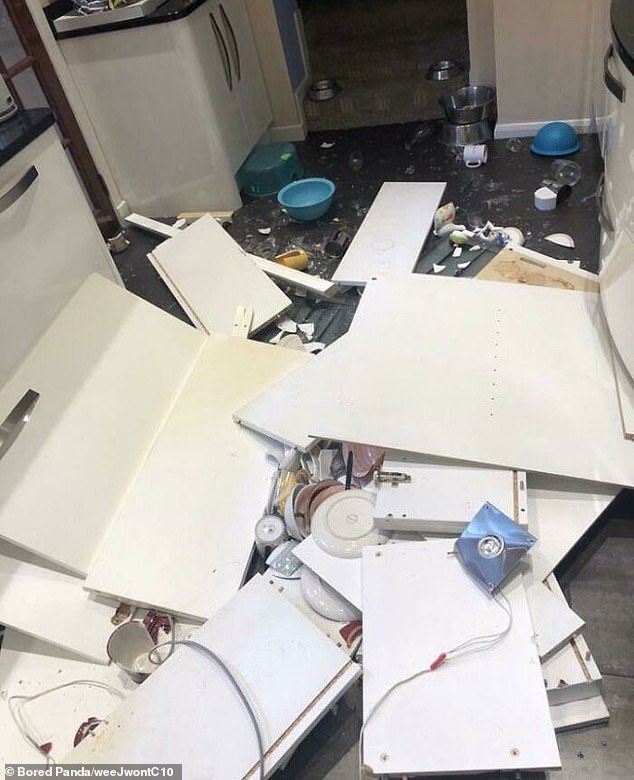 One furious homeowner, whose location is unknown, was woken up in the middle of the night to discover that all of their kitchen cabinets decided to break at the same time 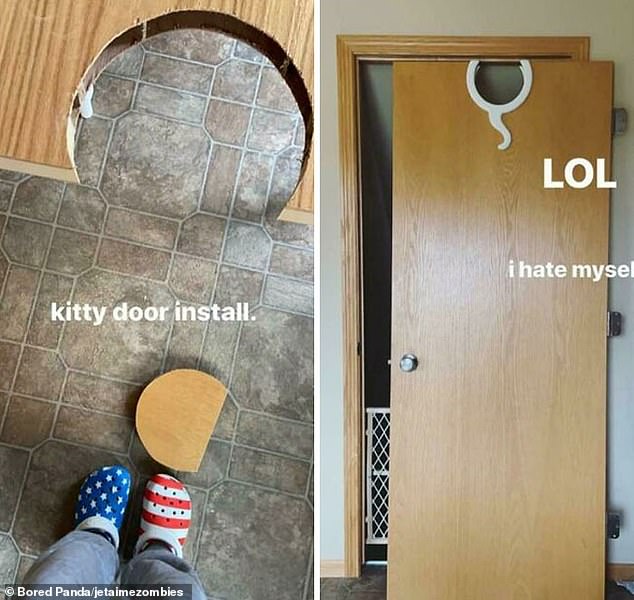 Another amateur builder accidentally installed their ‘kitty door’ at the top of their door rather than the bottom, making it quite challenging for their cat to actually use it 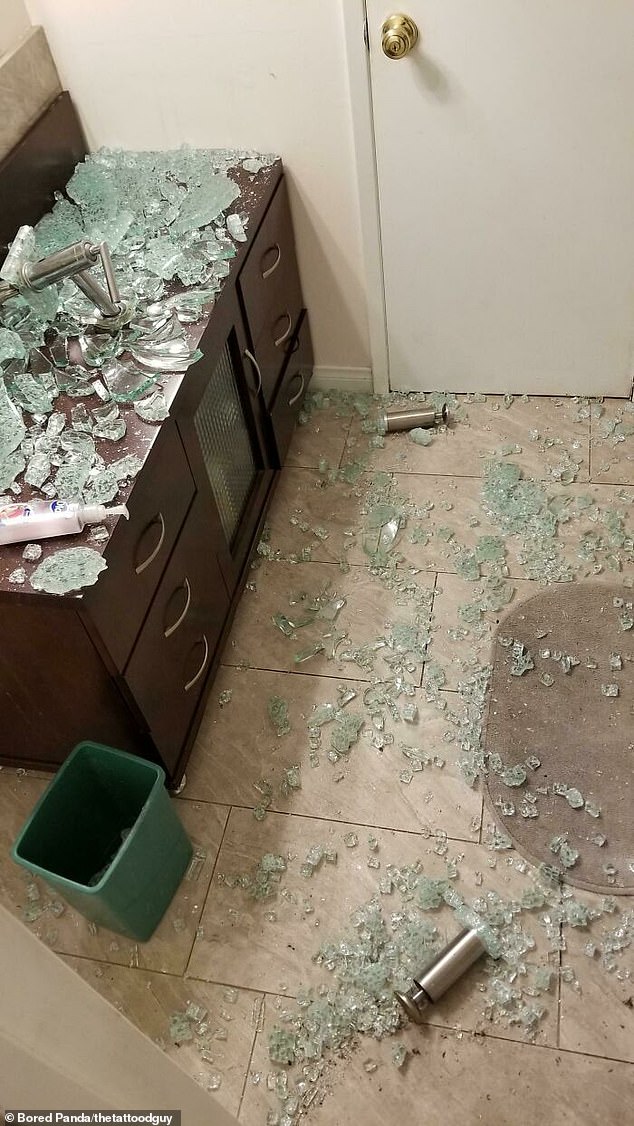 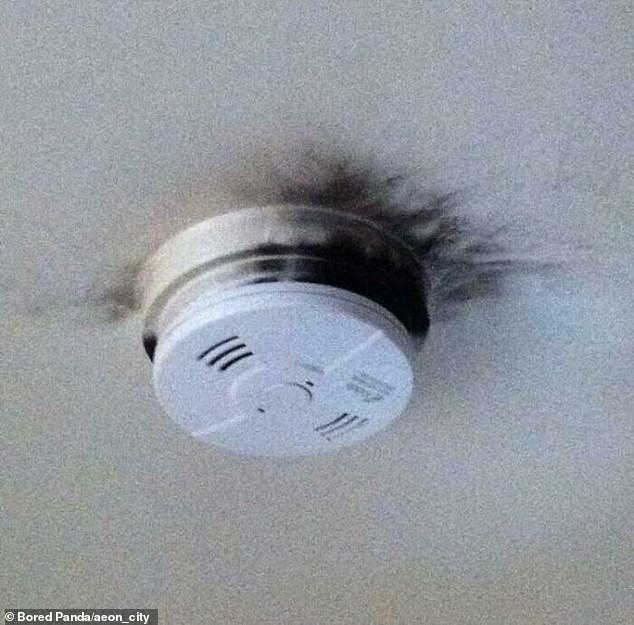 Ironic! Another unfortunate homeowner, whose location is unknown, was left completely baffled after discovering that their fire alarm had caught fire 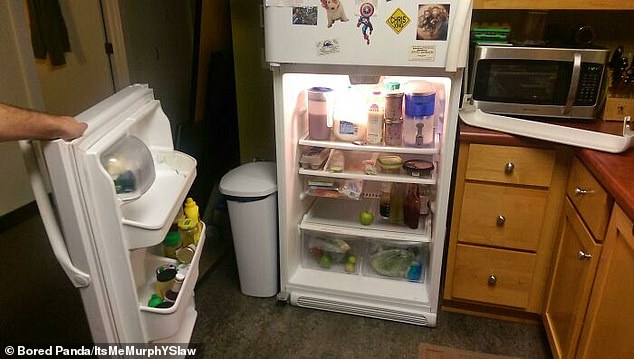 Elsewhere, one bleary eyed-person got up in the middle of the night to get a quick drink of water, but things quickly took a turn for the worse when the entire fridge door broke off 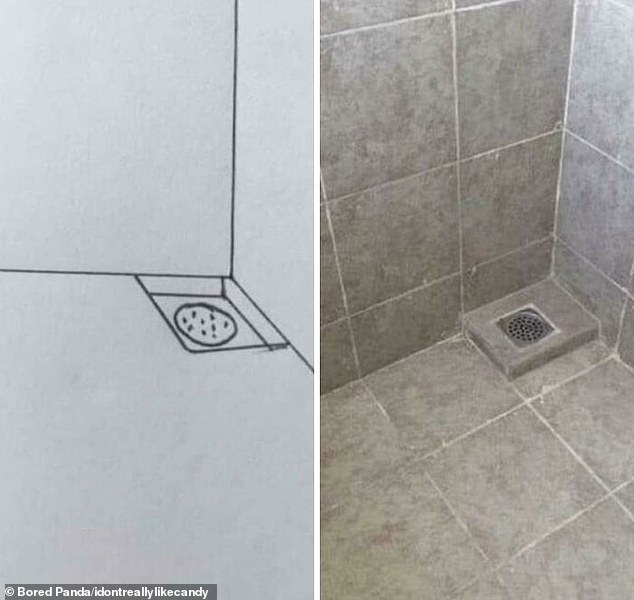 China’s economy grows by a record 18.3% as it bounces back from Covid

China's economy grows by a record 18.3% as it bounces back from Covid